The story of Noah’s ark is very well-known. From the accounts in the Bible, we can see that the people in Noah’s day became depraved and corrupt, living every day wining and dining, scheming and plotting against one another, and in wicked promiscuity. They had lost the form of humanity possessed by those people first created by God, and apart from Noah, none of them were willing to worship God. Mankind became ever more degenerate and evil. Jehovah God observed all of this. There was great sorrow in His heart. Meanwhile, the cruelty and maliciousness of mankind were unbearable for God to see. So in His pain, He had to destroy the filthy and corrupt mankind using a flood. Just as the Bible says, “And God said to Noah, The end of all flesh is come before me; for the earth is filled with violence through them; and, behold, I will destroy them with the earth. Make you an ark of gopher wood; rooms shall you make in the ark, and shall pitch it within and without with pitch” (Genesis 6:13-14). “And Jehovah said to Noah, Come you and all your house into the ark; for you have I seen righteous before me in this generation” (Genesis 7:1). 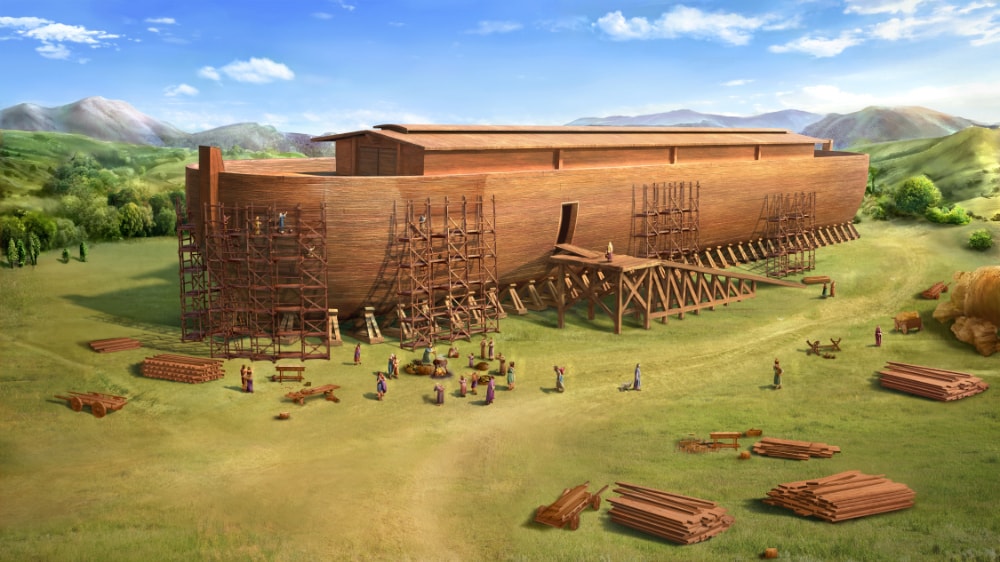 With regard to this, some brothers and sisters may ask, “Why is it that God commanded Noah to spend 120 years and do a lot of work to build a big ark since all evil actions of the world had angered Him and He had clearly told Noah that He was going to destroy all living things of flesh?” Regarding this question, some people say, “God did this for the sake of saving the eight members of Noah’s family and some living things on earth.” And some people say, “God is merciful and loving. He didn’t have the heart to destroy mankind and so He gave them the opportunity to repent.”

Then what exactly is God’s will behind the story of Noah’s ark? I read a passage of the word of God: “In His pain, God still did not forget to give man His maximum tolerance, waiting for man to turn around. After He reached His limit, He did what He had to do without any hesitation. In other words, there was a specific time period and process from the moment God planned to destroy mankind to the official start of His work in destroying mankind. This process existed for the purpose of enabling man to turn around, and was the last chance God gave to man. So what did God do in this period before destroying mankind? God did a significant amount of reminding and exhorting work. No matter how much pain and sorrow God’s heart was in, He continued to exercise His care, concern, and abundant mercy on humanity.”

God’s will is completely revealed to us here. When He saw man living in evil and fornication and treating Him as the enemy, He felt grieved and sad over this. Still, He didn’t directly destroy mankind, but cared about them at all times. God asked Noah to build an ark and preach the gospel to the world for 120 years for the sake of reminding and exhorting them. God hoped that they would be able to abandon the violence in their hands, repent and confess to Him, and accept His salvation. From this we can see that God was trying to save man to the greatest extent possible. His heart is so good! He had been waiting for 120 years, giving people enough time and opportunities to repent. However, the heart of people at that time was too hard, as if their heart was waxed gross. Not only did they not believe the gospel Noah preached, but they also vilified and mocked Noah, saying that he was an idiot. All that mankind gave God was rebellion and opposition, and no one paid any attention to the repeated warnings and exhortations of God. In the end, seeing that they were absolutely unrepentant, God had to send the flood to destroy all mankind. In fact, when God used the flood to destroy the world, His heart was in extreme pain. He couldn’t bear to see the human beings He created with His own hands being destroyed. It was not His original intention when He created man or the result that He wanted to see. But God’s substance is righteous and holy, and He doesn’t allow those who are impure to exist in His presence. So when His patience toward man reached its limit, He showed no mercy in sending the flood to destroy those who were evil in His eyes, that is, the final chance He gave them to repent had come to its end. 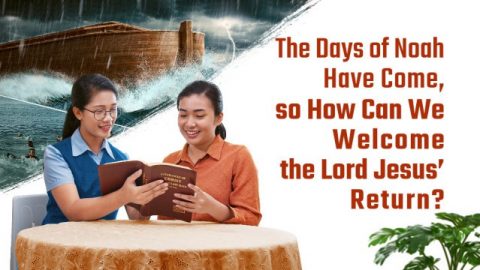 Story of Noah
Previous How to Deal With Prophecies of Jesus’ Coming in the Last Days
Next Why Is It That Jesus Working on the Sabbath Was Fulfilling the Law?

What does the bible story of Noah's ark teach us?

Gen 9:1–6 And God blessed Noah and his sons, and said to them, Be fruitful, and multiply, and replenish the earth. And the fear of you and the dread o…