Why Is It That Jesus Working on the Sabbath Was Fulfilling the Law? 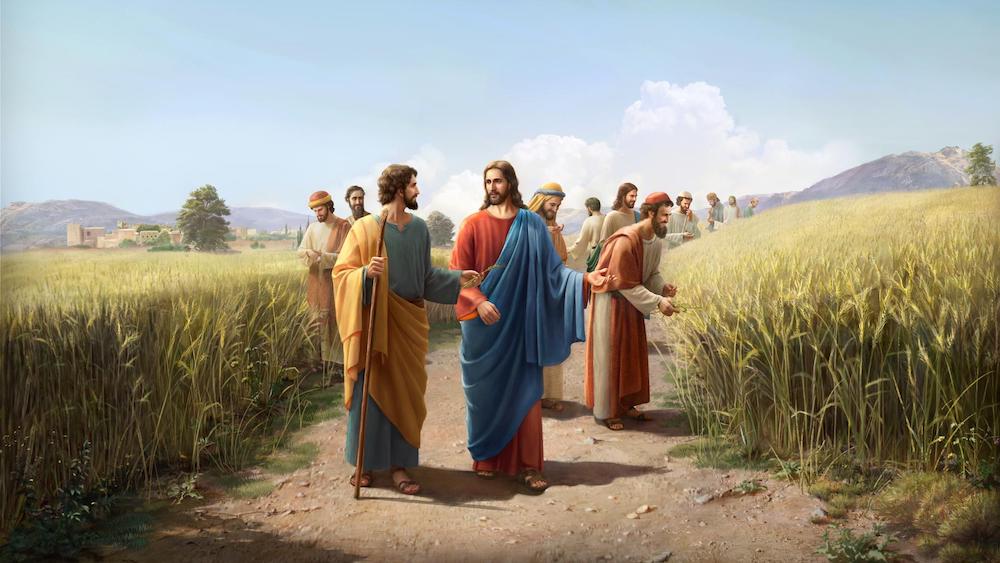 The Lord Jesus said: “Think not that I am come to destroy the law, or the prophets: I am not come to destroy, but to fulfill. For truly I say to you, Till heaven and earth pass, one stroke or one pronunciation mark shall in no wise pass from the law, till all be fulfilled” (Matthew 5:17–18). Through the Lord Jesus’ words we can know that the work He did was not to abolish the law, but to fulfill it. Some people, however, feel perplexed: If the Lord Jesus didn’t come to abolish the law of the Old Testament, then why did He not keep the Sabbath but instead allowed His disciples to pick and eat the heads of grain when they passed through the corn fields? What did the Lord actually mean by saying “fulfill”? How are we to understand His words?

It is said in a book: “The work done by Jesus was merely a stage higher than the Old Testament; it was used to begin an age, and to lead that age. Why did He say, ‘I have not come to destroy the law, but to fulfill the law’? Yet in His work there was much that differed from the laws practiced and the commandments followed by the Israelites of the Old Testament, for He did not come to obey the law, but to fulfill it. The process of fulfilling it included many practical things: His work was more practical and real, and, furthermore, it was more alive, and was not blind adherence to rules. Did the Israelites not keep the Sabbath? When Jesus came, He did not observe the Sabbath, for He said that the Son of man was the Lord of the Sabbath, and when the Lord of the Sabbath arrived, He would do as He wished. He had come to fulfill the laws of the Old Testament and to change the laws” (“The Vision of God’s Work (1)”).

From this passage we can understand that the work of the Lord Jesus in the Age of Grace was a stage of new work built upon the foundation of the work done in the Age of Law, which was done by God according to His management plan and in accordance with mankind’s need, but His purpose was still to save man. The Lord Jesus did a new work and led us away from the law, but He didn’t abolish the law. There are some commandments that we should still abide by, such as not to kill, not to steal, not to commit adultery, and so on. But as for those practices which belong to rules and rituals, we shouldn’t cling to them anymore. Take the observation of the Sabbath for example. In the Age of Law, God required that people should keep the Sabbath. On that day, they did not do any work but only needed to worship and praise God with a concentrated heart in order to gain rest as well as God’s care and protection. But at the end of the Age of Law, as mankind was becoming more and more corrupted by Satan, they committed more and more sins and became ever more opposed to God, they no longer feared or obeyed God and were unable to keep the laws and commandments. Even though they appeared to keep the Sabbath and didn’t do any work on that day, they no longer had any true worship of God in their hearts, and their keeping the Sabbath day was just a kind of outward rule or ritual in which there was no real praise or worship of God. When the Lord Jesus came to work, He no longer enjoined people to rigidly keep the Sabbath, but required that they come before God relying on and looking up to Him, and worship God in spirit and in truth. He showed us many new practices to abide by, such as forgiving others, being tolerant and patient, loving our enemies, repenting and confessing our sins, walking the path of the cross, and loving God with all our heart and soul. When the Lord Jesus came, He personally led His disciples and the others who followed Him to leave behind the Sabbath day and no longer kept it, He wasn’t restricted by the laws of the Old Testament and didn’t follow any rules in doing His work. He concluded the age in which people believed in God in rules and rituals, and led people in a practical way. Only then could people move beyond the constraints of the laws and obtain liberation and freedom, so that they were able to better walk the path of belief in God, have a new understanding of God and gain the Lord’s redemption. It can be seen from this that the Lord Jesus not keeping the Sabbath was not abandoning the law, but fulfilling it, which was much more beneficial to man’s life.

God’s work is progressing in a forward direction step by step, and according to the nature of each age, He proposes different requirements for people and gives them different means of practice. We humans, however, love to cling to the old and tend to measure, analyze and scrutinize God’s new work based on what He did in the past. Once there is any inconsistency, we doubt, deny and refuse to accept God’s new work. The Pharisees at the time of Jesus believed that the Sabbath must always be kept, so when they saw that the Lord Jesus tended to the sick on the Sabbath, they used the laws of the Old Testament to measure His work, and even tempted, judged and condemned it. In the end, they nailed the Lord Jesus to the cross and lost the Lord’s salvation for eternity. From this we can understand that no matter in what way God works or how much His work does not conform to our notions, we shouldn’t use God’s previous work to delimit His new work. This is because all the work God does is to better save and change man, and is for us to better obey Him and gain His salvation. Back then, those disciples such as Peter, Matthew and James as well as the others who followed the Lord Jesus saw this fact, so they left the fetters of the law behind them and followed the Lord Jesus, thus gaining His redemption.

In the last days, the Lord Jesus will come back and perform new work. Just as the Lord Jesus once prophesied: “I have yet many things to say to you, but you cannot bear them now. However, when He, the Spirit of truth, is come, He will guide you into all truth: for He shall not speak of Himself; but whatever He shall hear, that shall He speak: and He will show you things to come” (John 16:12–13). “For the Father judges no man, but has committed all judgment to the Son” (John 5:22). “And if any man hear My words, and believe not, I judge him not: for I came not to judge the world, but to save the world. He that rejects Me, and receives not My words, has one that judges him: the word that I have spoken, the same shall judge him in the last day” (John 12:47–48). “He that has an ear, let him hear what the Spirit says to the churches” (Revelation 2:7). From His words we can know that when the Lord Jesus comes back in the last days, He will speak to the churches, express the truth and perform the work of judgment and chastisement, and reveal more mysteries. But as to the truth God will express and the work He will do in the last days, these are just briefly mentioned in the prophecies but not recorded in any detail, so we have no idea how exactly God will accomplish all this. Under such circumstances, how should we treat God’s new work in the last days?

The Lord Jesus once said: “Blessed are the poor in spirit: for theirs is the kingdom of heaven” (Matthew 5:3). “These are they which follow the Lamb wherever He goes” (Revelation 14:4). “Behold, I stand at the door, and knock: if any man hear My voice, and open the door, I will come in to him, and will sup with him, and he with Me” (Revelation 3:20). Therefore, we must seek with open minds, learn from the lesson of the Pharisees’ failure and not use God’s previous work or the letter of the Bible to delimit God’s new work. When someone preaches that the Lord Jesus has returned and is expressing new words and doing new work, we should actively seek and investigate it, focus on hearing the voice of God like the wise virgins, and open the door to welcome the Lord. I believe that as long as we genuinely seek, God will guide us to know His work, welcome the return of the Lord, and gain His salvation!

Sabbath Day
Previous What God’s Intention Is Behind the Story of Noah’s Ark
Next Why Is It Hard for a Rich Man to Enter God’s Kingdom?

What Kind of Christian Can Really Obtain God’s Approval?

One may ask: In the Bible the Lord Jesus said, “Many will say to me in that day, Lord, Lord, have we not prophesied in your name? and in your name have cast out devils? and in your name done many wonderful works? And then will I profess to them, I never knew you: depart […]

How Should We Know Romans 13:1-2, “Submission to Authorities”?

I am a co-worker of a house church. Since our church has refused to join the Three-Self Church, we are restricted and persecuted by the Chinese Communist government frequently. So we go and gather in the mountains in order to avoid being arrested. Today, after my family and I had prepared everything, we disguised ourselves, […]

What Does “Another Gospel” That Paul Said Refer to?

For years, the pastors and elders had been saying that they should be alert and wait for the Lord’s return. They waited 18 years, from the year 2000 to now, but they still didn’t see the Lord’s return. Then one day, after hearing that many people have witnessed that the Lord has already been back […]