Many brothers and sisters in the Lord eagerly wait for the Lord to return and think that the Lord will come in His resurrected spiritual body descending with the clouds. Because the Bible says, “You men of Galilee, why stand you gazing up into heaven? this same Jesus, which is taken up from you into heaven, shall so come in like manner as you have seen Him go into heaven” (Act 1:11), “Behold, He comes with clouds” (Rev 1:7). Most people wait for the Lord to suddenly descend with the clouds one day. For thousands of years, Christians have longed for it so.

Let's Chat
Frequent disasters occur in the last days. Do you want to know the way to welcome the Lord’s appearance?

Besides, the Lord Jesus also said: “For as the lightning, that lightens out of the one part under heaven, shines to the other part under heaven; so shall also the Son of man be in His day. But first must He suffer many things, and be rejected of this generation” (Luk 17:24–25). These words of the Lord are greater proof that He will return as the Son of man in the last days. His glorious spiritual body is too supernatural, can descend from heaven, and can appear before us at will and then disappear at will, and walk through walls. No common person is capable of such feats. Not only is He able to perform signs and wonders, but anything He says will also immediately come true. If the Lord Jesus were to descend in this kind of spiritual body in the last days, believers and unbelievers would all follow Him. If so, how will these words of the Lord be fulfilled? And how could He be rejected by this generation? Only when He becomes the Son of man that can be seen and has normal humanity, will people dare to condemn and reject Christ relying on man’s notions and imaginations. Just as when the Lord Jesus did His work, the Pharisees and the Jews who followed them judged whether the Lord Jesus was the Messiah or not only from His appearance, but didn’t seek His work and words, so they dared to abandon and resist Him at will, and even nailed Him to the cross. They committed a heinous crime, so they were subjected to the punishment of God. Isn’t this a fact?

Some people wonder that if God appears in the flesh, how will the prophecies in the Bible of the Lord’s public descent with the clouds be fulfilled? In fact, this is an easy question to answer. The Lord’s words are trustworthy. Prophecies about God coming in secret will be fulfilled, and so will those about God coming openly with clouds. Then, how will all these prophecies be realized? Those familiar with the Bible all know that when the Lord returns in the last days, He will do the work of sorting people according to their kind, and of rewarding good and punishing evil. That is, He will separate the sheep from the goats, the good from the wicked servants and the wheat from the tares, and then save all those who belong to God and punish all evil people. If God first appeared openly, everyone would tremble in great fear, no one would dare to resist Him, and the good and the bad would all believe in God. This way, the wheat and tares, the good servants and bad servants, the true believers and false believers would fail to be revealed. This is why God will first come secretly as the Son of man and express His words. Those that love and pursue the truth and are able to recognize God’s voice and accept God’s work are the objects of God’s salvation, while those that abandon and slander God and resist and condemn God’s work are naturally exposed as wicked people, God’s enemies. Then, God will appear openly on a cloud and reward good and punish evil in accordance with every person’s deeds. Those who have accepted God’s work of the last days and been purified by God will be brought into God’s kingdom, whereas those who rebel against and resist God will receive God’s righteous punishment. Thus, there will be made manifest a vision of the wailing of all kindreds. As the Bible prophesies, “And then shall appear the sign of the Son of man in heaven: and then shall all the tribes of the earth mourn” (Mat 24:30). Such are the steps of God’s work in the last days and this is the wisdom of God’s work.

You can read more about the coming of the Son of Man on our How Will Jesus Christ Return page or click on the buttons at the bottom right corner of the screen to contact us.

• The Key Points of Welcoming the Second Coming of Jesus

• The True Meaning of Jesus Descending With the Clouds in Revelation 1:7

The Son of Man

A Discussion About the Lord Jesus’ Return 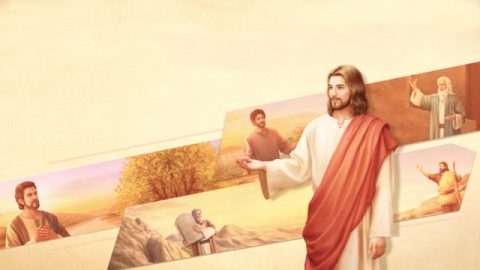 What Are the Essential Differences Between the Incarnate God and Those Who Are Used by God?

How Will Jesus Return in the Last Days: 2 Ways

Who Is Jesus Christ? The Son of God or God Himself?

Does the Trinity Exist?
It was only after the truth of Jesus become flesh came to be that man realized this: It is not only the Father in heaven, but also the Son, and even t…

Jesus Will Come Like a Thief in the Night: How Will This Prophecy Come True?
By Mily, United States Exactly how will the Lord come? I remembered that our pastor often said, “The Lord will come soon, so we should wait watchfully… 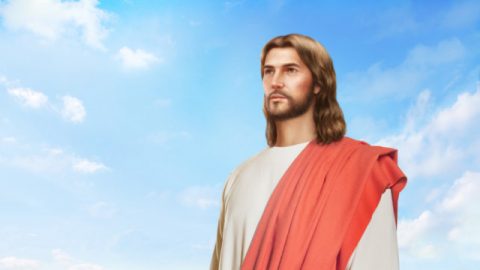 Who Is the Lord Jesus? Why Did He Call God in Heaven the Father When He Prayed?
By Zheng Xi After receiving grace and returning to the Lord, we read in Matthew 3:17 in the Bible, “And see a voice from heaven, saying, This is my b… 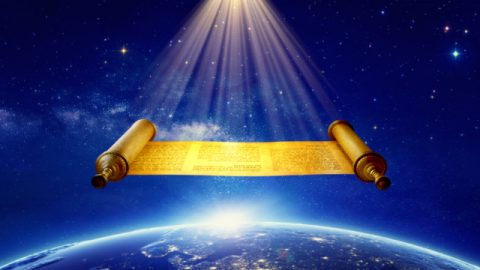 Why Doesn’t God Use Man to Do His Judgment Work in the Last Days?
Bible Verses for Reference: “For the Father judges no man, but has committed all judgment to the Son…. And has given Him authority to execute judgmen…