What Does “Another Gospel” That Paul Said Refer to?

For years, the pastors and elders had been saying that they should be alert and wait for the Lord’s return. They waited 18 years, from the year 2000 to now, but they still didn’t see the Lord’s return. Then one day, after hearing that many people have witnessed that the Lord has already been back for quite a while, Su Xing, Qingxin, Feng Jing, Xu Yang and some of their co-workers talked about investigating these claims. However, their pastor and elders said that they were following another gospel and betraying the Lord, because the Bible says: “I marvel that you are so soon removed from him that called you into the grace of Christ to another gospel: Which is not another; but there be some that trouble you, and would pervert the gospel of Christ. But though we, or an angel from heaven, preach any other gospel to you than that which we have preached to you, let him be accursed’ (Galatians 1:6–8). For a moment, they didn’t know what they should do. Later, Su Xing thought of Sister Zhao, in her church, who had investigated the gospel of the Lord’s return for a period of time. Thereupon, she decided to invite her to talk about this with them. 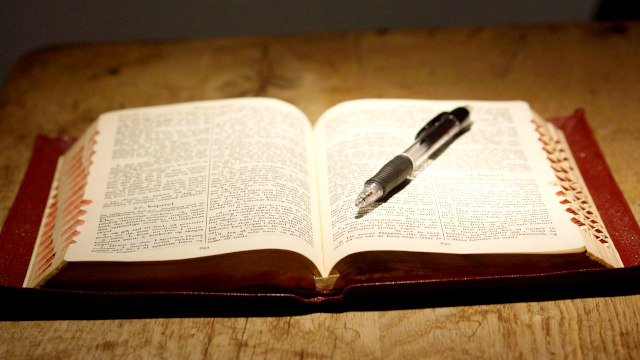 The following morning, Sister Zhao arrived at Su Xing’s home as she’d promised. After exchanging a few pleasantries, they sat down. Su Xing talked about their confusion and misgivings to Sister Zhao.

Qingxin said, “This is indeed the case. Paul was an apostle but not a prophet. His epistles were based on the circumstances of that time, and were written to the Galatians but not to the people alive now in the last days. If we applied the epistles that Paul wrote to Galatians to the people of today aren’t we overdoing it?”

Xu Yang said thoughtfully, “Sister Zhao, listening to your fellowshiping, I somewhat understand what ‘following another gospel’ refers to. Thinking back to what we heard in our meetings, I feel that our pastor and elders were quoting the Bible out of context and misinterpreting the Bible.”

Sister Zhao said, very seriously, “It’s true. The book of Revelation says: ‘He that has an ear, let him hear what the Spirit says to the churches’ (Revelation 3:22). The Lord Jesus said: ‘I have yet many things to say to you, but you cannot bear them now. However, when he, the Spirit of truth, is come, he will guide you into all truth’ (John 16:12-13), and ‘He that rejects me, and receives not my words, has one that judges him: the word that I have spoken, the same shall judge him in the last day’ (John 12:48). From these predictions we see that the Lord Jesus will express the truth to save people when He returns in the last days. This confirms even more that ‘another gospel’ Paul mentioned didn’t refer to the gospel of the Lord’s return in the last days, because at the time when Paul wrote the epistle to the Galatian churches nobody preached the gospel of the Lord’s return in the last days. However, the pastors and elders only expound on the literal meaning of the Bible. They say that accepting God’s kingdom gospel of the last days is following another gospel and is betraying the Lord. Isn’t this ridiculous and absurd? They’re saying that because they want to disturb and hinder people from accepting the new work of God, and because they want to deceive people. Like the Pharisees in the past, they’re resisting God under the banner of protecting the Lord’s flock.”

Feng Jing nodded and said, “Such fellowshiping is enlightening. We often read these scriptures before so why didn’t we understand them? The pastor’s and elders’ explanation of the Bible seems right on the surface, but in fact, they’re misleading people. Without clear fellowshiping and analysis, we won’t see the pastors and elders mistakes at all; instead, we’ll only be controlled by them.”

The other co-workers also nodded and started discussing this…

Sister Zhao said, “I agree with you. No matter who bears witness to the gospel of the Lord’s return, we must investigate and ascertain it based on God’s words. We cannot refuse to investigate God’s kingdom gospel just because the pastors and elders say that is following another gospel. Otherwise, we will lose God’s grace of the last days. The Lord Jesus said: ‘And at midnight there was a cry made, Behold, the bridegroom comes; go you out to meet him’ (Matthew 25:6), and ‘Behold, I stand at the door, and knock: if any man hear my voice, and open the door, I will come in to him, and will sup with him, and he with me’ (Revelation 3:20). He has long ago told us that when someone witnesses His return, we should seek and investigate it. Only in this way are we wise virgins, and can we welcome His return.”

Su Xing was relieved and said, “Thank the Lord! Through Sister Zhao’s fellowshiping, I thoroughly understand what ‘another gospel’ that Paul said means. ‘Another gospel’ refers to the gospel of keeping the law of the Old Testament, but not the gospel of the Lord’ return in the last days. And I now have some discernment about the pastors and elders. They often expound on the Bible out of context to deceive us. Just like the Pharisees who kept the law of the Old Testament, pastors and elders not only don’t seek, investigate or accept it, but instead block us from investigating it. They really do grievous harm to us believers! When it comes to welcoming the Lord’s return, we shouldn’t understand it based on the literal meaning of the Bible, nor should we be restricted by other people. Instead, we should pay attention to listening to God’s voice, and actively seek and investigate it. Only in this way will we be after God’s heart.”

Her co-workers all said, “Amen! Thank the Lord! We’ll investigate it together …”

Previous What Does “It Is Finished” of Seven Last Words From the Cross Mean?
Next Why Jehovah God Called Job a Perfect Man

Matthew 20:20–23: Reflecting on the Scripture “John’s Mother Salome Makes a Request of the Lord”

Zhang Yue It’s recorded in Matthew 20:20–23, “Then came to Him the mother of Zebedees children with her sons, worshipping Him, and desiring a certain …

Why We Christians Still Sin After Baptism

When I was young, my father explained baptism to me. He said, “When someone is being baptized, they are fully submerged in water. That means they have…

By Chiheng The sharp “beep … beep” of a car’s horn sounded in the narrow alley, yanking Xu Min away from her thoughts. Turning to look back, she saw s…

Why Did the Jews Resist the Lord Jesus Along With the Pharisees?

By Cheng Tu One day in 33 A.D., dark clouds loomed over Jerusalem, filling the air with gloom. The Lord Jesus, with a crown of thorns on His head, w…