In the past, every time when I read the verses in the Book of Job, “After this opened Job his mouth, and cursed his day. And Job spoke, and said, Let the day perish wherein I was born, and the night in which it was said, There is a man child conceived. Let that day be darkness; let not God regard it from above, neither let the light shine on it” (Job 3:1-4), I quite admired Job, because even when he lost his property, children, and got sore boils all over his body, he still stood firm in his testimony for God. He did not complain about God, but could still praise the holy name of God. His faith is something worthy of emulation. However, I did not understand why Job cursed the day of his own birth. Since Job feared God and shunned evil, and was called righteous by God, he must have known that everything we mankind possess comes from God, and that our birth is also arranged and ordained by God. So we ought to thank God for the day of our birth and bestowing us life. Then why did Job, a rational person, curse the day of his own birth? Was he not satisfied with God’s arrangement? Was he complaining about God? Or were there other reasons?

Many brothers and sisters in the Lord are also confused by Job’s cursing the day of his birth. So what exactly was going through Job’s mind when he did that? I thought only Job himself and the God that examines the deepest parts of mankind’s heart could know.

However, later, I accepted the kingdom gospel of Almighty God. By reading Almighty God’s words that explained Job’s thoughts when he was tried, I understood the reason Job cursed the day of his own birth.

From God’s words, I understood that in Job’s view, if a person can’t satisfy God and comfort His heart, then he is unfit to be called a human being, much less be alive. When Job was harmed by Satan and tried, God’s heart ached. Job felt that God was worried about him and that God’s heart ached because of him, so he cursed the day of his own birth, wishing he had not been born, and so God would not have to feel pain for his sake. This is the reason why Job cursed the day of his own birth.

God observes every one of His believers’ behavior and thoughts. God sees very clearly who truly loves Him, who is faithful to Him, and who seeks the truth. He is thoroughly familiar with mankind. If we know that God examines the deepest parts of man’s heart, we will not doubt Job for cursing the day of his birth after he was already called righteous by God, or have conceptions and misunderstandings about his behavior, or analyze his testimony based on our imaginations. Our imaginations are delusions and out of thin air, and usually, we only focus on others’ outward behavior, but God sees their heart. Only God knew Job’s thoughts and ideas, and why he cursed the day of his own birth. Therefore, after having an understanding of how God works on us, in the future when things that are not in line with our notions befall us, we will not arbitrarily judge or measure God’s work. Instead, we will be able to seek the truth and God’s will, and experience God’s work with a heart fears God and obeys God. 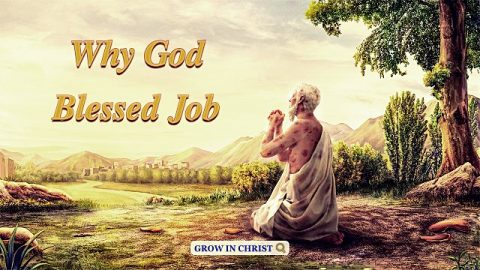 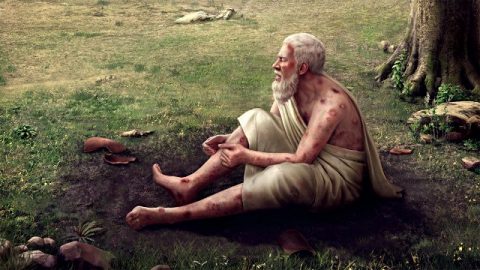 The Relationship Between God’s Consignment of Job to Satan and the Aims of God’s Work
Although most people now recognize that Job was perfect and upright, and that he feared God and shunned evil, this recognition doesn’t give them a gre…

Satan Tempts Job for the First Time (His Livestock Is Stolen and Calamity Befalls His Children)
a. The Words Spoken by God (Job 1:8) And Jehovah said to Satan, Have you considered my servant Job, that there is none like him in the earth, a perfe…

The Greater Blessing Job Obtained Than the Double Blessings
We all think the greatest blessing Job obtained is the double blessings. However, there’s even greater spiritual blessing that we don’t know than this one.