Reading the Scriptures Got Me to Reflect

“For to us a child is born, to us a son is given: and the government shall be on His shoulder: and His name shall be called Wonderful, Counselor, The mighty God, The everlasting Father, The Prince of Peace. Of the increase of His government and peace there shall be no end, on the throne of David, and on His kingdom, to order it, and to establish it with judgment and with justice from now on even for ever. The zeal of the Jehovah of hosts will perform this” (Isaiah 9:6–7).

“But you, Bethlehem Ephratah, though you be little among the thousands of Judah, yet out of you shall He come forth to Me that is to be Ruler in Israel; whose goings forth have been from of old, from everlasting” (Micah 5:2). 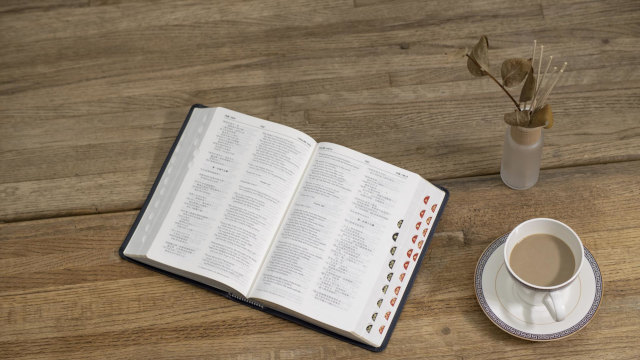 Every time I read these prophecies, I always thought: The earliest Pharisees often studied these prophecies and they, based on their literal meaning, believed that the One who was to come would certainly be called Messiah, that He would be born in a royal palace with a magnificent appearance, and would be imposing and mighty with a kingly style, and that He would be a great warrior who could lead them to drive the invaders oppressing them out of Israel and would enable them to live a peaceful and happy life upon the earth.

However, the facts completely exceeded their imaginations. When the Lord came, He wasn’t called Messiah but Jesus; He wasn’t born into a royal palace but into a carpenter’s family; He wasn’t so transcendent and extraordinary as they had imagined, but instead He looked ordinary and normal; furthermore, He didn’t come to power on the throne, much less lead them in the overthrow of Roman government, but He instead taught people to be tolerant and patient, to love their enemies and forgive others seventy times seven times, and so on. In the Pharisees’ eyes, the fulfillment of the Bible prophecies wasn’t at all linked to the work the Lord Jesus did. But in fact, all the prophecies concerning the Messiah’s coming had been fulfilled and the Lord Jesus was the Messiah. It seems that, if we only interpret the prophecies in a literal way and aren’t able to receive their meaning purely, it will be difficult for us to welcome God’s appearance and work. Then, how should we treat Bible prophecies in accordance with God’s will?

Later on, by chance, I knew of a Christian sister. Her fellowship about the Bible was fresh and enlightening and was a great help to me. So, I told her about my confusion.

After hearing what I said, the sister said, “Speaking of Bible prophecies, we all know that they prophesy what will happen in the future, that they are very obscure and that no one knows what they truly mean before they are fulfilled. As the Scripture says: ‘Knowing this first, that no prophecy of the scripture is of any private interpretation. For the prophecy came not in old time by the will of man: but holy men of God spoke as they were moved by the Holy Spirit’ (2 Peter 1:20–21). From this we can see that the prophecy is the words spoken in accordance with the original will of God as the speakers were moved by the Holy Spirit, and that the prophecy directly comes from the Holy Spirit and isn’t what we humans can understand. No matter how profound people’s understanding of Bible prophecies is, it can’t represent God’s will. Only God Himself can reveal His prophecies and mysteries, while man will never be able to fathom them. For example, the prophet Jeremiah once prophesied, ‘In Rama was there a voice heard, lamentation, and weeping, and great mourning, Rachel weeping for her children, and would not be comforted, because they are not’ (Matthew 2:18). If we understand this prophecy relying on our own will, we can only interpret it like this: All the children of Rachel had passed away, so she was weeping bitterly. In reality, however, the words refer to King Herod slaughtering baby boys because of the Lord Jesus’ birth. To give another example. The Old Testament once foretold the coming of Elijah, but no one at that time knew John the Baptist was exactly the coming Elijah. Not until the Lord Jesus revealed the mystery did people come to a sudden realization. Therefore, the correct attitude toward Bible prophecies is that of seeking and waiting and we absolutely must not use the literal meaning of the prophecies to imagine and guess God’s work; otherwise, even if the prophecies have really been fulfilled, we will deny it because in our eyes it is at odds with the literal meaning of the verses. The consequences of that are unthinkable. Just like the Pharisees at the time, they stubbornly clung to the literal meaning of the Bible prophecies and stubbornly believed that what they clung to was right; as a result, they did their utmost to deny, condemn and oppose the Lord Jesus and in the end, they nailed the Lord Jesus to the cross and severely offended God’s disposition.”

Hearing this, I came to understand that the prophecies from God are really so profound and so unfathomable, and that we are incapable of imagining them with our brains. So, when it comes to prophecies, we must be cautious because once we rely on our own personal meaning to explain them and interpret the text literally, we will inevitably make the same mistake that the Pharisees did in defining and opposing God. Just as the Bible says, “For the letter kills, but the spirit gives life” (2 Corinthians 3:6).

Later, the sister continued fellowshiping with me: “There are many prophecies regarding the Lord’s return in the Bible, and they are very profound. And now all those who truly believe in God are eagerly longing for the second coming of the Lord Jesus; however, there are mysteries relating to how the Lord is coming and what work He will do when He returns, and we humans can’t fundamentally fathom them. So, in welcoming the Lord’s coming, we must learn from the failure of the Pharisees, and not judge the coming of the Lord based on the literal meaning of the prophecies, lest when the Lord comes we should miss the opportunity to receive the Lord because of living in our imaginations and speculation. Then what should we do to welcome the Lord’s second coming? As is known to us all, those disciples of the Lord Jesus such as Peter, John, as well as Nathanael and the woman of Samaria, didn’t cling to the literal meaning of the prophecies, but instead they focused on listening to the Lord Jesus’ utterances; through His words and work, they saw how authoritative and powerful His words were and that what He expressed were all truths. This is why they recognized that the Lord Jesus was the Messiah, and thus they followed Him and gained God’s salvation. In fact, in regard to how we should welcome the Lord’s return, the Lord Jesus showed us the way. He said, ‘And at midnight there was a cry made, Behold, the bridegroom comes; go you out to meet him’ (Matthew 25:6). ‘My sheep hear My voice, and I know them, and they follow Me’ (John 10:27). ‘Behold, I stand at the door, and knock: if any man hear My voice, and open the door, I will come in to him, and will sup with him, and he with Me’ (Revelation 3:20). From the prophecies of these scriptures it can be seen that we should take heed to listen to God’s voice like the wise virgins. If we hear someone witnessing that the Lord Jesus has returned, we should actively seek and investigate it. Only then will we have the chance to welcome the bridegroom and be raptured before God’s throne. On the contrary, if we blindly hold onto the prophetic words of the Bible only according to our own conceptions and imaginings and do not take heed to listen to God’s voice, people like us are the foolish virgins, those who God will abandon and eliminate.”

After hearing the sister’s fellowship, I felt my heart brighten. With regard to the Lord’s return, I should learn from the failure of the Pharisees and must not define God based on the literal meaning of the verses. Instead, I should focus on seeking and listening to the Lord’s voice like the disciples of the Lord Jesus, because only in this way will I have the opportunity to welcome the Lord’s return.

Thank God! I felt exceedingly excited. I could but offer up my thanks to God, “O Lord, thank You! I have known what the right way is to treat Bible prophecies.”

» Read more on our Bible Study page, or in the recommended articles below.

• How Will the Lord Jesus Return in the Last Days?

End Times Prophecy
Previous What Are the Standards for Being Overcomers in Revelation?
Next What God’s Intention Is Behind the Story of Noah’s Ark

One day, after a meeting, a sister asked me, “Brother, the Lord Jesus said, ‘No man puts a piece of a new garment on an old; if otherwise, then both the new makes a rent, and the piece that was taken out of the new agrees not with the old’ (Luke 5:36). Do you know […]

Bible Study on John 9: Why Jesus Said, “If You Were Blind, You Should Have No Sin?”

A “blind” person, as the name suggests, is someone who has his eyes wide open but cannot see anything. This is a metaphor for those who lack knowledge and are nearly illiterate. When it comes to this phrase, some brothers and sisters may ask: What has this phrase got to do with our belief in […]

What Does “It Is Finished” of Seven Last Words From the Cross Mean?

There was a knock at the door. When opening the door, Huimin saw her mother, Wang Xue. She said gladly: “Mom, what brings you here?” Li Jun, Huimin’s husband, went out of the room when hearing the voice of his wife. When Wang Xue came in and sat down, she hurriedly said: “Early this morning, […]

What was Job’s attitude when God’s trials befell him? We all know about Job’s trials from the Bible. It records that after Satan’s first temptation, all of Job’s livestock was stolen away by robbers, his servants were killed and his children were all crushed to death by the collapsing house. When Job heard the news, […]