And Jesus came and spoke to them, saying, All power is given to Me in heaven and in earth. Matthew 28:18

The Significance of the Lord Jesus’ Appearance After His Resurrection

And Jesus came and spoke to them, saying, All power is given to Me in heaven and in earth.

• Why Did the Lord Jesus Appear to People for Forty Days After Resurrection? 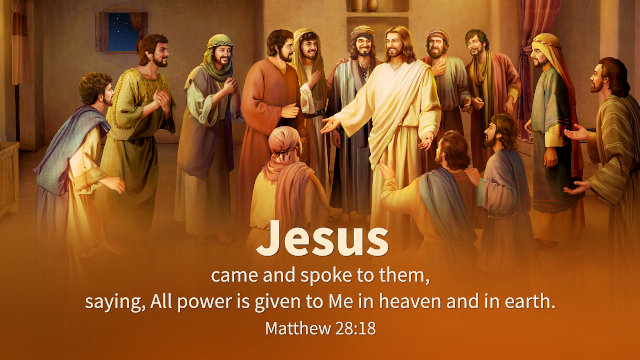 The Resurrection of Jesus Christ
Previous Post God’s Essence Will Never Change. A Commentary on Hebrews 13:8
Next Post Those Who Love God Are Those Who Follow the Lord’s Way.

Jhn 20:26–29 And after eight days again His disciples were within, and Thomas with them: then came Jesus, the doors being shut, and stood in the middl…

By Zhou Tao When the Lord Jesus was born, He was hunted down by King Herod, enduring sufferings for thirty-three years in His whole life and worked f…

By Zheng Fu I think all of the brothers and sisters in the Lord know that after the Lord Jesus was crucified and then resurrected from death, He appea…

Jesus Eats Bread and Explains the Scriptures After His Resurrection

13. Jesus Eats Bread and Explains the Scriptures After His Resurrection Luk 24:30–32 And it came to pass, as He sat at meat with them, He took bread,…