Jesus Christ the same yesterday, and to day, and for ever. Hebrews 13:8

God’s Essence Will Never Change. A Commentary on Hebrews 13:8

Jesus Christ the same yesterday, and to day, and for ever.

In the past I often read this scripture, and I always believed it means that the Lord Jesus’ name will never change and that He will still be called the Lord Jesus and do the redemptive work when He returns. However, when I read the prophecy in Revelation that the Lord will have a new name and do the judgment work of the last days when He comes again, I felt perplexed: What is the correct understanding of this scripture? Later, I read a passage of words from a spiritual book that solved my confusion, “There are those who say that God is immutable. That is correct, but it refers to the immutability of God’s disposition and His substance. Changes in His name and work do not prove that His substance has altered; in other words, God will always be God, and this will never change. If you say that the work of God is unchanging, then would He be able to finish His six-thousand-year plan of management? You only know that God is forever unchanging, but do you know that God is always new and never old? If the work of God is unchanging, then could He have led mankind all the way to the present day? If God is immutable, then why is it that He has already done the work of two ages? His work never ceases to move forward, which is to say that His disposition is gradually revealed to man, and what is revealed is His inherent disposition. In the beginning, God’s disposition was hidden from man, He never openly revealed His disposition to man, and man simply had no knowledge of Him. Because of this, He uses His work to gradually reveal His disposition to man, but working in this way does not mean that God’s disposition changes in every age. It is not the case that God’s disposition is constantly changing because His will is always changing. Rather, it is that, because the ages of His work are different, God takes His inherent disposition in its entirety and, step by step, reveals it to man, so that man may be able to know Him. But this is by no means proof that God originally has no particular disposition or that His disposition has gradually changed with the passing of the ages—such an understanding would be erroneous. God reveals to man His inherent and particular disposition—what He is—according to the passing of the ages; the work of a single age cannot express the entire disposition of God. And so, the words ‘God is always new and never old’ refer to His work, and the words ‘God is immutable’ to what God inherently has and is. Regardless, you cannot make the work of six thousand years hinge upon a single point, or circumscribe it with dead words. Such is the stupidity of man. God is not as simple as man imagines, and His work cannot linger in any one age. Jehovah, for example, cannot always stand for the name of God; God can also do His work under the name of Jesus. This is a sign that God’s work is always moving in a forward progression.”

“God is always God, and will never become Satan; Satan is always Satan, and will never become God. God’s wisdom, God’s wondrousness, God’s righteousness, and God’s majesty shall never change. His essence and what He has and is shall never change. As for His work, however, it is always progressing in a forward direction, always going deeper, for He is always new and never old. In every age God assumes a new name, in every age He does new work, and in every age He allows His creatures to see His new will and new disposition. If, in a new age, people fail to see the expression of God’s new disposition, would they not nail Him to the cross forever? And by doing so, would they not define God?”

It turns out that God is always new and never old and that He changes His work and name along with the passing of the ages. Just as in the Age of Law, God took the name of Jehovah and issued the law to guide man’s life on earth, while in the Age of Grace God was called the Lord Jesus and His work was to redeem mankind through crucifixion. However, God is still God. God’s substance, God’s holiness, God’s righteousness and majesty, and God’s authority and wisdom are not altered by changes in work. That is to say, God is immutable. The words “Jesus Christ the same yesterday, and to day, and for ever” mean that God’s essence is forever unchanging.

• Do You Know the Meaning of the Name of God?

• It’s Prophesied in Revelation 3:12 That the Lord Shall Have a New Name Upon His Return 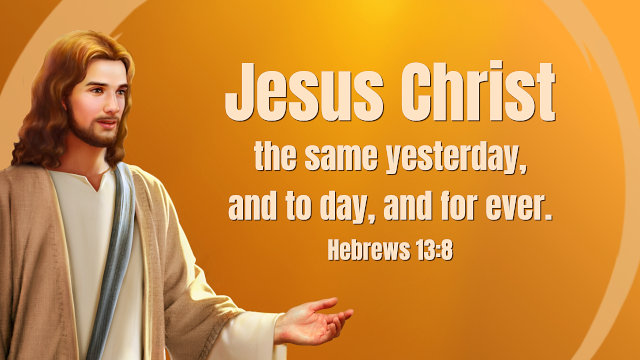 Meaning of the Name of God
Previous Post God’s New Name Prophesied in Revelation. A Commentary on John 14:23
Next Post The Significance of the Lord Jesus’ Appearance After His Resurrection

By Wang Xiao When it comes to God’s name, some brothers and sisters say that God’s name is Jehovah, for it is written in the Bible: “Jehovah … is My …

The New Testament records: “Neither is there salvation in any other: for there is none other name under heaven given among men, whereby we must be saved”...

God’s New Name Prophesied in Revelation. A Commentary on John 14:23

And I will write on him the name of My God, and the name of the city of My God, which is new Jerusalem, which comes down out of heaven from My God: an…