In what method does the returned Lord appear before mankind to carry out His judgment?

Answer: It is good to see that you have affirmed that the Lord’s return is to judge and cleanse people. It’s just that you’re still unclear on how did the Lord return and the method of His arrival. The majority of believers think that the Lord’s reappearance before mankind will be through the spiritual body of Jesus that rose to heaven after the resurrection, and that the Lord would not possibly be incarnated into the Son of man again. Then in what method does the returned Lord appear before mankind to carry out His judgment? As a spiritual body or God in the flesh? This has become a question of utmost concern to believers of God. Our testimony of God coming into the flesh in the last days to do His judgment work is something that has a clear prophecy in the Bible. The Lord Jesus said, “For the Father judges no man, but has committed all judgment to the Son” (John 5:22). “And has given him authority to execute judgment also, because he is the Son of man” (John 5:27). The Lord Jesus directly prophesied that God will become flesh as the Son of man to personally carry out His judgment in the last days. All references to “Son” or “Son of man” are certainly references to Christ in the flesh. For instance, Jesus in the flesh was the Son of man: born to a human being, with a normal humanity and adopting an ordinary and normal person’s image to live among people. That’s why He’s called the Son of man, Christ. If He were a Spirit, He cannot be called the “Son of man.” Just as Jehovah God is a Spirit, so He cannot be called the “Son of man.” The spiritual body of the Lord Jesus after the resurrection is not the body of God incarnate, so He cannot be called the Son of man either. Anyone that has man’s image but is a spiritual body cannot be called the Son of man. Just as the Lord Jesus has prophesied, “For as the lightning, that lightens out of the one part under heaven, shines to the other part under heaven; so shall also the Son of man be in his day. But first must he suffer many things, and be rejected of this generation” (Luke 17:24-25). This is even more proof that the Lord’s return is through incarnation in the flesh as the Son of man. If it were through the spiritual body of the resurrected Lord, then He wouldn’t have to endure much suffering, and He certainly wouldn’t be rejected of this generation. A spiritual body is of course supernatural. Not only will He be able to perform miracles, anything He says will also immediately come true. If it’s like this, then mankind will surely follow Him. Believers, non-believers, even the devil Satan would follow. If that were the case, then how could the Lord’s return be rejected of this generation? Also, if it were a spiritual body that came to rapture the saints, then all believers would be even more unlikely to reject God. Is that not the truth? So in accordance with the Lord Jesus’ prophecy, we can be absolutely certain that the Lord Jesus must return in the flesh as the Son of Man to utter His voice and do the judgment work of the last days. It cannot possibly be the spiritual body of the resurrected Jesus—this is certainly undeniable.

In the last days God is incarnated as the Son of Man to do His judgment work, just like when the Lord Jesus came to earth to spread the gospel of the kingdom of heaven. Mankind saw the Lord Jesus as an ordinary Son of man, but His words and work had authority, power, and made people convinced. We can tell from the Lord Jesus’ words and work that everything expressed by the Lord Jesus is the truth, allowing everyone to be utterly convinced. Naturally, people would believe that the Lord Jesus was certainly sent by God, and that He was God Himself who did God’s work. Similarly, when the incarnate Almighty God of the last days appears to do His work, many people hear God’s voice, and can all see the truth manifested like light in the realm of man. It allows everyone to see the incarnate Son of man can express the truth and judge and cleanse corrupt mankind. And it allows people to see from the truth expressed by the incarnate Son of man God’s righteous disposition, so people can revere and obey God in their hearts, and be completely saved and gained by God. Almighty God speaks words and does His work of judgment beginning at the house of God, cleansing and saving all those who have come before God’s throne, and making a group of overcomers before the disaster. Now, the words of Almighty God and the overcoming testimonies of God’s chosen people about experiencing His judgment, cleansing and perfection have already been made public on the Internet, facing the entire world and openly testifying that Almighty God is the return of the Lord Jesus, that Almighty God is the appearance of the one true God who judges and saves mankind. Just as Almighty God says, “I will watch over the whole earth, and, appearing in the East of the world with righteousness, majesty, wrath, and chastisement, I will reveal Myself to the myriad hosts of humanity!” (“The Twenty Sixth Utterance” of God’s Utterances to the Entire Universe in The Word Appears in the Flesh).

from the movie script of Song of Victory 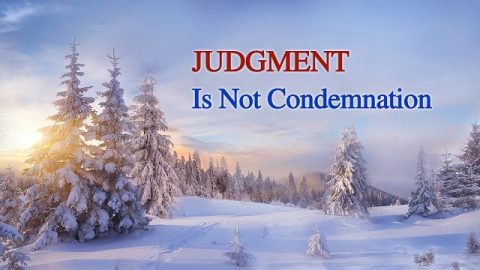 Judgment Is Not Condemnation

My Expectation of Many Years Has Finally Come True

Why did the Lord still has to perform His work of judgment in the last days? Is God’s judgment of the last days to cleanse and save mankind or to condemn and destroy? 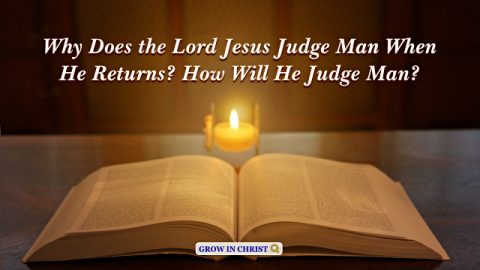 Why Does the Lord Jesus Judge Man When He Returns? How Will He Judge Man?

Gospel Movie "Mission of Love" Clip 2 - Judgment of the Great White Throne Has Begun
Do you know how God does the work of judgment in the last days? This film clip will reveal to you the mystery unknown to man for thousands of years.