Bible Verses About Protection—Finding the Way to Be Protected

Now disasters such as plagues, earthquakes, and famines are occurring frequently all over the world and are becoming greater and greater. The signs of the Lord’s return have appeared. What warnings do these disasters give us? How can we welcome the Lord before the great tribulation and thus have the chance to gain God’s protection and survive the tribulation? The following content is helpful. 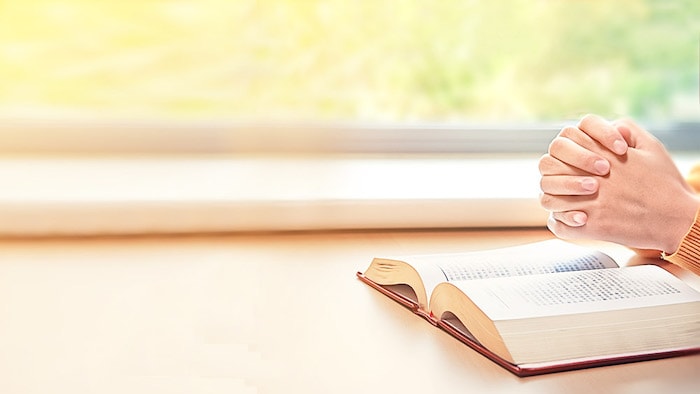 1. What Is God’s Will Behind Disasters?

Mark 13:19 For in those days shall be affliction, such as was not from the beginning of the creation which God created to this time, neither shall be.

Matthew 24:7-8 For nation shall rise against nation, and kingdom against kingdom: and there shall be famines, and pestilences, and earthquakes, in divers places. All these are the beginning of sorrows.

Revelation 15:1 And I saw another sign in heaven, great and marvelous, seven angels having the seven last plagues; for in them is filled up the wrath of God.

Revelation 16:1 And I heard a great voice out of the temple saying to the seven angels, Go your ways, and pour out the vials of the wrath of God on the earth.

Revelation 16:18 And there were voices, and thunders, and lightning; and there was a great earthquake, such as was not since men were on the earth, so mighty an earthquake, and so great.

He does not duplicate the work in any age. Since the last days have arrived, He will do the work that He does in the last days and reveal the entire disposition that is His in the last days. In speaking of the last days, this refers to a separate age, one in which Jesus said you will surely encounter disaster, and encounter earthquakes, famines, and plagues, which will show that this is a new age, and is no longer the old Age of Grace.

In the vast expanse of the world, countless changes have occurred, oceans silting into fields, fields flooding into oceans, over and over. Except for He who rules over all things in the universe, no one is able to lead and guide this human race. There is no mighty one to labor or make preparations for this human race, still less is there anyone who can lead this human race toward the destination of light and liberate it from earthly injustices. God laments the future of mankind, He grieves at the fall of mankind, and is pained that mankind is marching, step by step, toward decay and the path of no return. A mankind that has broken the heart of God and renounced Him to seek the evil one: Has anyone ever given thought to the direction in which such a mankind might be headed? It is precisely for this reason why no one senses the wrath of God, why no one seeks a way to please God or tries to draw closer to God, and what is more, why no one seeks to comprehend God’s grief and pain. Even after hearing the voice of God, man continues on his own path, persists in straying from God, evading God’s grace and care, and shunning His truth, preferring to sell himself to Satan, the enemy of God. And who has given any thought—should man persist in his obduracy—to how God will act toward this humanity that has dismissed Him without a backward glance? No one knows that the reason for God’s repeated reminders and exhortations is because He has prepared in His hands a calamity like never before, one that will be unbearable to the flesh and soul of man. This calamity is not merely a punishment of the flesh, but also of the soul. You need to know this: When God’s plan falls through, and when His reminders and exhortations beget no response, what kind of rage will He unleash? It will be like nothing that has ever been experienced or heard by any created being. And so I say, this calamity is without precedent, and will never be repeated. For God’s plan is to create mankind only this once, and to save mankind only this once. This is the first time, and it is also the last. Therefore, no one can comprehend the painstaking intentions and fervent anticipation with which God saves mankind this time.

2. Only If We Welcome the Lord’s Return Can We Have the Chance to Gain His Protection

Matthew 24:44 Therefore be you also ready: for in such an hour as you think not the Son of man comes.

Revelation 3:20 Behold, I stand at the door, and knock: if any man hear my voice, and open the door, I will come in to him, and will sup with him, and he with me.

Matthew 25:6 And at midnight there was a cry made, Behold, the bridegroom comes; go you out to meet him.

Revelation 2:10 Fear none of those things which you shall suffer: behold, the devil shall cast some of you into prison, that you may be tried; and you shall have tribulation ten days: be you faithful to death, and I will give you a crown of life.

Revelation 3:10 Because you have kept the word of my patience, I also will keep you from the hour of temptation, which shall come on all the world, to try them that dwell on the earth.

All who are able to obey the present utterances of the Holy Spirit are blessed. It does not matter how they used to be, or how the Holy Spirit used to work within them—those who have gained the latest work of God are the most blessed, and those who are unable to follow the latest work today are eliminated. God wants those who are able to accept the new light, and He wants those who accept and know His latest work. Why is it said that you must be a chaste virgin? A chaste virgin is able to seek the work of the Holy Spirit and understand the new things, and moreover, able to put aside old notions, and obey the work of God today. This group of people, who accept the newest work of today, were predestined by God before the ages, and are the most blessed of people. You hear the voice of God directly, and behold the appearance of God, and so, throughout heaven and earth, and throughout the ages, none have been more blessed than you, this group of people.

• Prophecies About How the Lord Jesus Returns in the Last Days

• Wise Virgins Can Hear God’s Voice and Welcome the Lord

Bible Verses About the Second Coming — 6 Things to Know

The Lord Jesus prophesied that He would return in the last days to rapture us into the heavenly kingdom. For 2,000 years, believers in the Lord have b…

Now disasters are occurring frequently and becoming greater and greater all over the world. These signs indicate that the great tribulation in the las…

As recorded in the Bible, God’s name was Jehovah in the Old Testament and Jesus in the New Testament. And Revelation prophesies that God will take a n…

As it is known to us, only those who have been made into overcomers by God in the last days can be protected by God and survive the great tribulation,…
9:18