Now disasters are occurring frequently and becoming greater and greater all over the world. These signs indicate that the great tribulation in the last days prophesied in the Bible is near. So what kind of people will gain God’s salvation and survive and What kind of people will be cursed and punished by God? The following content will tell you the answers. 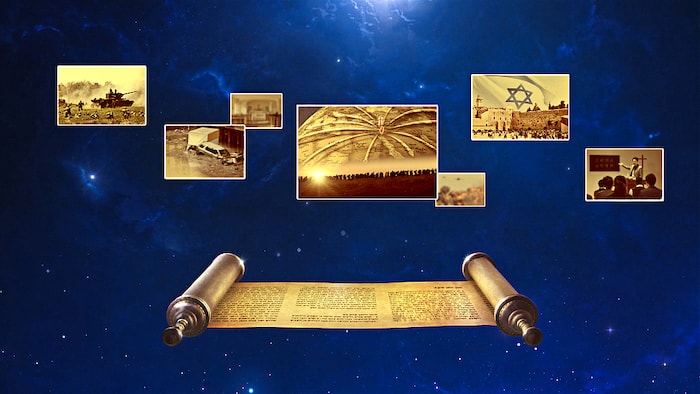 Revelation 15:1 And I saw another sign in heaven, great and marvelous, seven angels having the seven last plagues; for in them is filled up the wrath of God.

Revelation 16:1 And I heard a great voice out of the temple saying to the seven angels, Go your ways, and pour out the vials of the wrath of God on the earth.

Mark 13:19 For in those days shall be affliction, such as was not from the beginning of the creation which God created to this time, neither shall be.

Revelation 8:5 And the angel took the censer, and filled it with fire of the altar, and cast it into the earth: and there were voices, and thunder, and lightning, and an earthquake.

Revelation 11:19 And the temple of God was opened in heaven, and there was seen in his temple the ark of his testament: and there were lightning, and voices, and thunder, and an earthquake, and great hail.

Revelation 16:18 And there were voices, and thunders, and lightning; and there was a great earthquake, such as was not since men were on the earth, so mighty an earthquake, and so great.

Revelation 3:10 Because you have kept the word of my patience, I also will keep you from the hour of temptation, which shall come on all the world, to try them that dwell on the earth.

All manner of disasters will befall, one after another; all nations and places will experience calamities: Plague, famine, flood, drought, and earthquakes are everywhere. These disasters are not just happening in one or two places, nor will they be over within a day or two; rather, instead they will expand across a greater and greater area, and become more and more severe. During this time, all manner of insect plagues will arise one after another, and the phenomenon of cannibalism will occur everywhere. This is My judgment upon all nations and peoples. My sons! You must not suffer the pain or hardship of disasters. It is My wish that you will soon come of age and, as quickly as possible, take up the burden that lies on My shoulders. Why do you not understand My will? The work ahead will grow more and more strenuous. Are you so hard-hearted as to leave Me with My hands full, having to work so arduously on My own? I will put it more plainly: Those whose lives mature will enter refuge, and not suffer pain or hardship; those whose lives do not mature must suffer pain and harm. My words are clear enough, are they not?

My mercy is expressed toward those who love Me and deny themselves. The punishment visited upon the wicked, meanwhile, is precisely proof of My righteous disposition and, even more, testimony to My wrath. When disaster comes, all who oppose Me will weep as they fall victim to famine and plague. Those who have committed all manner of wickedness, but who have followed Me for many years, will not escape paying for their sins; they too, will be plunged into disaster, the like of which has seldom been seen throughout millions of years, and they will live in a constant state of panic and fear. And those of My followers who have shown loyalty to Me will rejoice and applaud My might. They will experience ineffable contentment and live amid joy such as I have never before bestowed upon mankind. For I treasure the good deeds of man and abhor their evil deeds. Since I first began to lead mankind, I have been eagerly hoping to gain a group of people who are of the same mind with Me. Those who are not of the same mind with Me, meanwhile, I never forget; I always loathe them in My heart, awaiting the chance to bring retribution upon them, which I shall relish to see. Now My day has finally come, and I need no longer wait!

Excerpted from “Prepare Sufficient Good Deeds for Your Destination”

But know that I will not annihilate the entire world, nor will I annihilate the whole of mankind. I will keep that remaining third—the third that loves Me and has been thoroughly conquered by Me, and I will cause this third to be fruitful and multiply on earth just as the Israelites did under the law, nourishing them with copious sheep and cattle and all the riches of earth. This mankind will remain with Me forever, yet it will not be the deplorably filthy mankind of today, but a mankind that is an assembly of all those who have been gained by Me. Such a mankind will not be damaged, disturbed, or besieged by Satan, and will be the only mankind that exists on earth after I have triumphed over Satan. It is the mankind that has today been conquered by Me and has gained My promise. And so, the mankind that has been conquered during the last days is also the mankind that will be spared and will gain My everlasting blessings. It will be the only evidence of My triumph over Satan, and the only spoils of My battle with Satan. These spoils of war are saved by Me from the domain of Satan, and are the only crystallization and fruit of My six-thousand-year management plan. They come from every nation and denomination, from every place and country throughout the universe. They are of different races, have different languages, customs and skin colors, and they are spread across every nation and denomination of the globe, and even every corner of the world. Eventually, they will come together to form a complete mankind, an assembly of man that is unreachable by the forces of Satan. Those among mankind who have not been saved and conquered by Me will sink silent to the depths of the sea, and will be burned by My consuming flames for all eternity. I will annihilate this old, supremely filthy mankind, just as I annihilated the firstborn sons and cattle of Egypt, leaving only the Israelites, who ate lamb’s meat, drank lamb’s blood, and marked their door lintels with lamb’s blood. Are the people who have been conquered by Me and are of My family not also the people who eat the meat of the Lamb that is Me and drink the blood of the Lamb that is Me, and have been redeemed by Me and worship Me? Are such people not always accompanied by My glory? Have not those who are without the meat of Lamb that is Me already sunk silently into the depths of the sea?

In the vast expanse of the world, countless changes have occurred, oceans silting into fields, fields flooding into oceans, over and over. Except for He who rules over all things in the universe, no one is able to lead and guide this human race. There is no mighty one to labor or make preparations for this human race, still less is there anyone who can lead this human race toward the destination of light and liberate it from earthly injustices. God laments the future of mankind, He grieves at the fall of mankind, and is pained that mankind is marching, step by step, toward decay and the path of no return. A mankind that has broken the heart of God and renounced Him to seek the evil one: Has anyone ever given thought to the direction in which such a mankind might be headed? It is precisely for this reason why no one senses the wrath of God, why no one seeks a way to please God or tries to draw closer to God, and what is more, why no one seeks to comprehend God’s grief and pain. Even after hearing the voice of God, man continues on his own path, persists in straying from God, evading God’s grace and care, and shunning His truth, preferring to sell himself to Satan, the enemy of God. And who has given any thought—should man persist in his obduracy—to how God will act toward this humanity that has dismissed Him without a backward glance? No one knows that the reason for God’s repeated reminders and exhortations is because He has prepared in His hands a calamity like never before, one that will be unbearable to the flesh and soul of man. This calamity is not merely a punishment of the flesh, but also of the soul. You need to know this: When God’s plan falls through, and when His reminders and exhortations beget no response, what kind of rage will He unleash? It will be like nothing that has ever been experienced or heard by any created being. And so I say, this calamity is without precedent, and will never be repeated. For God’s plan is to create mankind only this once, and to save mankind only this once. This is the first time, and it is also the last. Therefore, no one can comprehend the painstaking intentions and fervent anticipation with which God saves mankind this time.

Excerpted from “God Is the Source of Man’s Life” 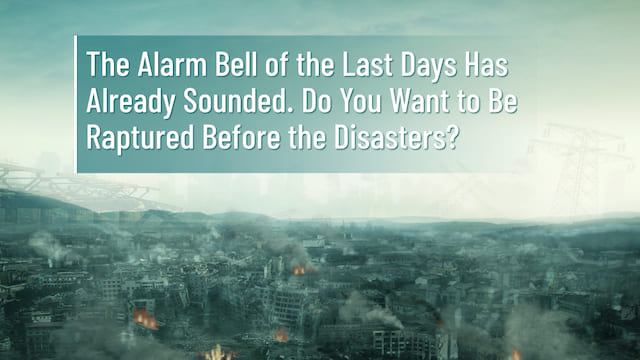 How Can We Be Raptured Before Disasters When Various Disasters Strike?

We hope the above content is helpful for you. If you still have any confusion about how to gain God’s salvation and survive the tribulation, feel free to click the buttons at the bottom right corner of the screen to chat with us online and seek the solution.

16 Bible Verses About Praying and Communicating With God

We believers in the Lord all hope to be raptured into the kingdom of heaven when the Lord returns in the last days and enjoy the beautiful life there.…

The Lord Jesus said, “And because iniquity shall abound, the love of many shall wax cold” (Matthew 24:12). Today’s world is becoming more and more dar…

We can use these Bible verses to celebrate God’s blessing of life. These verses are perfect for sending to someone on their birthday. Every life is pr…
9:18