Wise Virgins Can Hear God’s Voice and Welcome the Lord

“He that has an ear, let him hear what the Spirit says to the churches” (Revelation 2:29).

“Blessed are the poor in spirit: for theirs is the kingdom of heaven” (Matthew 5:3). 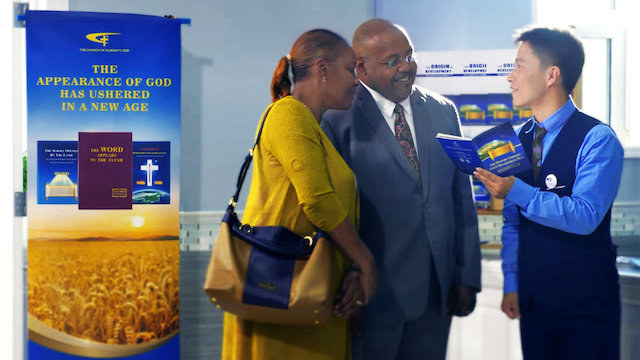 For this reason, since we are searching for the footprints of God, it behooves us to search for God’s will, for the words of God, for His utterances—because wherever there are new words spoken by God, the voice of God is there, and wherever there are the footsteps of God, God’s deeds are there. Wherever there is the expression of God, there God appears, and wherever God appears, there the truth, the way, and the life exist. In seeking God’s footprints, you have ignored the words “God is the truth, the way, and the life.” And so, many people, even when they receive the truth, do not believe that they have found God’s footprints, and still less do they acknowledge the appearance of God. What a grave mistake! The appearance of God cannot be reconciled with man’s notions, still less can God appear at the behest of man. God makes His own choices and His own plans when He does His work; moreover, He has His own objectives and His own methods. Whatever work He does, He has no need to discuss it with man or seek his advice, much less to notify each and every person of His work. This is the disposition of God, which should, moreover, be recognized by everyone. If you desire to witness the appearance of God, to follow God’s footsteps, then you must first walk away from your own notions. You must not demand that God do this or that, much less should you place Him within your own confines and limit Him to your own notions. Instead, you should ask how you are to seek God’s footprints, how you are to accept God’s appearance, and how you are to submit to the new work of God: This is what man should do. Since man is not the truth, and is not possessed of the truth, he should seek, accept, and obey.

The work of the Holy Spirit changes from day to day. It rises higher with each step, the revelation of tomorrow higher than today’s, climbing ever higher, step after step. Such is the work by which God perfects man. If people cannot keep pace, then they could be cast out at any time. If they do not have a heart of obedience, they will be unable to follow to the very end. The former age has passed; this is a new age. And in a new age, new work must be done. Particularly in the final age in which people are perfected, God will perform newer work, more quickly, so without obedience in their hearts, people will find it difficult to follow the footsteps of God. God does not abide by any rules, nor does He treat any stage of His work as unchanging. Instead, the work He does is ever newer and ever higher. With each stage, His work becomes more and more practical, and increasingly in line with the actual needs of man. Only after people experience such work can they attain the final transformation of their disposition. Man’s knowledge of life reaches ever higher levels, and so, likewise, the work of God reaches ever higher levels. Only thus can man be made perfect and become fit for God’s use. God works in this way on the one hand to counter and reverse the notions of man, and on the other to lead man into a higher and more realistic state, into the highest realm of belief in God, so that in the end, the will of God can be done. All those of a disobedient nature who willfully oppose shall be cast out by this stage of God’s swift and furiously advancing work; only those who willingly obey and who gladly humble themselves can progress to the end of the road. In this kind of work, all of you should learn how to submit and how to put aside your notions. You should be cautious in every step you take. If you are careless, you will surely become one who is spurned by the Holy Spirit, one who disrupts God’s work.

All who are able to obey the present utterances of the Holy Spirit are blessed. It does not matter how they used to be, or how the Holy Spirit used to work within them—those who have gained the latest work are the most blessed, and those who are unable to follow the latest work today are eliminated. God wants those who are able to accept the new light, and He wants those who accept and know His latest work. Why is it said that you must be a chaste virgin? A chaste virgin is able to seek the work of the Holy Spirit and understand the new things, and moreover, able to put aside old conceptions, and obey the work of God today. This group of people, who accept the newest work of today, were predestined by God before the ages, and are the most blessed of people. You hear the voice of God directly, and behold the appearance of God, and so, throughout heaven and earth, and throughout the ages, none have been more blessed than you, this group of people.

Excerpted from “Know God’s Newest Work and Follow His Footsteps”

God is the God of the entire human race. He does not consider Himself the private property of any nation or people, but goes about doing His work as He has planned it, unconstrained by any form, nation, or people. Perhaps you have never imagined this form, or perhaps your attitude to this form is one of denial, or perhaps the nation where God reveals Himself and the people among whom He reveals Himself just happen to be discriminated against by everyone and just happen to be the most backward on earth. Yet God has His wisdom. With His great power, and by means of His truth and His disposition, He has truly gained a group of people who are of one mind with Him, and a group of people that He wished to make complete—a group, conquered by Him, who, having endured all manner of trials and tribulations and all manner of persecution, can follow Him to the very end. The aim of God’s appearance, free from the constraints of any form or nation, is to enable Him to complete His work as He has planned it. This is just as when God became flesh in Judea: His aim was to complete the work of the crucifixion in redeeming the entire human race. Yet the Jews believed that it was impossible for God to do this, and they thought it impossible that God could become flesh and assume the form of the Lord Jesus. Their “impossible” became the basis on which they condemned and opposed God, and ultimately led to the destruction of Israel. Today, many people have committed a similar error. They proclaim with all their might the imminent appearance of God, yet at the same time condemn His appearance; their “impossible” once more confines the appearance of God within the limits of their imagination. And so I have seen many people break into wild and raucous laughter after coming upon the words of God. But is this laughter any different from the condemnation and blasphemy of the Jews? You are not reverent in the presence of the truth, still less do you possess an attitude of yearning. All you do is study indiscriminately and wait with blithe unconcern. What can you gain from studying and waiting like this? Do you think you will receive personal guidance from God? If you cannot discern God’s utterances, in what way are you qualified to witness the appearance of God? Wherever God appears, there the truth is expressed, and there the voice of God will be. Only those who can accept the truth will be able to hear the voice of God, and only such people are qualified to witness the appearance of God. Let go of your notions! Quiet yourself and give these words a careful reading. If you yearn for the truth, God will enlighten you and you will understand His will and His words. Let go of your opinions about the “impossible”! The more that people believe something is impossible, the more likely it is to occur, because the wisdom of God soars higher than the heavens, God’s thoughts are higher than man’s thoughts, and the work of God transcends the limits of man’s thinking and notions. The more that something is impossible, the more it has truth that can be sought; the more something lies beyond man’s notions and imagination, the more it contains the will of God. This is because, no matter where He reveals Himself, God is still God, and His substance will never change on account of the location or manner of His appearance. The disposition of God remains the same regardless of where His footprints are, and no matter where the footprints of God are, He is the God of all mankind, just as the Lord Jesus is not only the God of the Israelites, but is also the God of all the people of Asia, Europe, and America, and even more than that, He is the one and only God in the entire universe. So let us seek God’s will and discover His appearance in His utterances, and keep pace with His footsteps! God is the truth, the way, and the life. His words and His appearance exist concurrently, and His disposition and footprints are open to mankind at all times. Dear brothers and sisters, I hope that you can see the appearance of God in these words, begin following His footsteps as you stride forward into a new age, and enter into the beautiful new heaven and earth that God has prepared for those who await His appearance!

Jesus Christ said: “Then shall the kingdom of heaven be likened to ten virgins, which took their lamps, and went forth to meet the bridegroom. And fiv…

How Do the Wise Virgins Hear the Voice of God and Welcome the Lord?

Bible Verses for Reference: “I have yet many things to say to you, but you cannot bear them now. However, when he, the Spirit of truth, is come, he w…

Wondering Whether I Was a Wise Virgin Long ago, I saw many pastors say online, “We are in Lord the last days, and many biblical prophecies have been f…

What Are the Wise virgins? What Are the Foolish Virgins? In a co-worker meeting, Jia Nan said as usual, “Brothers and sisters, now is the late period …