Make a Decisive Step Forward, and You’ll Be Reborn

Yesterday, I read a story in a book, which was called “A Fatal Minefield”. It was a story about a soldier: Once, when carrying out task, the soldier felt that he stepped on a landmine. He was so scared that he dared not to move. He just stood there, baking in the sun, met with the attack of wolves and felt that he could no longer hold on. The next day, a man passed by and the soldier asked for his help. The passerby said to him: “There is no landmine here. Don’t be afraid. Take a step forward, and you’ll be free.” But the soldier didn’t believe that and insisted by his conceptions that he did step on a landmine, regardless of what the passerby said. Finally, the passerby gave him a bottle of water and went away. On the third day, he really couldn’t bear any longer and he thought: I would die sooner or later, why not try to step further? When he was firmly resolved to hold nothing back and make a single step forward, to his surprise, nothing happens. It turned out that what he stepped on was a discarded can. He almost lost his life by his notions and imaginations.

After reading this story, I was inspired and started to think: If no matter what we encounter, we always deal with them by our own notions and imaginations, unwilling to accept others opinions or humbling ourselves, but stubbornly holding to our own imaginations no matter how people speak, our life will be ruined. If we don’t settle our notions, it’s too dangerous. We all know that it is now near the end of the last days. The prophecies in the Bible have basically been fulfilled. It is time for the Lord to return, and the Lord must have returned. So, we must find a church that has the work of the Holy Spirit and follow God’s footsteps. Some people, however, dare not go out seeking and investigating, thinking that there would be false Christs in the last days. For the Lord Jesus said: “And then if any man shall say to you, See, here is Christ; or, see, he is there; believe him not: For false Christs and false prophets shall rise, and shall show signs and wonders, to seduce, if it were possible, even the elect” (Mark 13:21–22). Many of us believers expound the prophesies according to our notions and imagination, thinking that all news preaching the Lord has returned is false. As long as we don’t listen or read, we’ll not be deceived. But, is this really after the Lord’s will? If we always keep to such notions, being passive and guarding against all the news, will we ignore someone who says that the Lord has returned and miss the opportunity of being raptured into the kingdom of heaven? 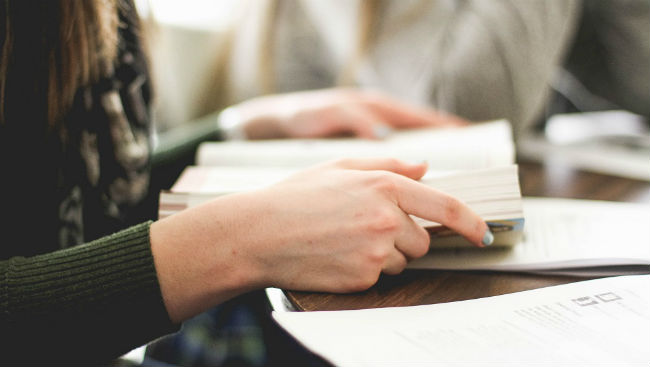 The last days is the day of the Lord’s coming. We should seek and investigate the testimonies of the Lord’s coming carefully instead of blindly denying and evading that. Otherwise, we’ll give up on food for fear of choking and easily slam the door shut on the Lord’s return. So how to recognize the false Christs and the false prophets? Actually, pondering the words of the Lord Jesus carefully, we can find a characteristic of false Christs and the false prophets—they can only imitate the work of the Lord Jesus, such as displaying signs and wonders in order to deceive men. Just as the Lord said: “For there shall arise false Christs, and false prophets, and shall show great signs and wonders; so that, if it were possible, they shall deceive the very elect” (Mat 24:24). False Christs and false prophets are possessed by evil spirits. They don’t have the truth, much less can they express the truth; they can’t supply life to man or do the salvation work. Because they have no truth and what they said is heresies and fallacies, they only can imitate the work done by the Lord Jesus and display signs and wonders to deceive man and corrupt man. This is their habitual trick. Some brothers and sisters with discernment are able to understand the Lord’s will from His words. Conversely, if we have no discernment and cannot understand the Lord’s will, we’ll do things foolish and absurd and even condemn and reject the coming of the Lord. This is really the greatest sorrow to us believers.

The Lord Jesus said: “seek, and you shall find; knock, and it shall be opened to you” (Mat 7:7). “And at midnight there was a cry made, Behold, the bridegroom comes; go you out to meet him” (Mat 25:6). And it is said in Revelation 3:20: “Behold, I stand at the door, and knock: if any man hear my voice, and open the door, I will come in to him, and will sup with him, and he with me.” It can be seen clearly from the words of the Lord that, the Lord will knock on our door when He returns, that is, He will express His words to rouse our spirit. Only those who can recognize the voice of God are able to discover the appearance of God and know God’s work. If we adopt the attitude of listening and reading nothing when we hear someone saying the Lord has returned, then we’ll probably never welcome the Lord’s return. So, we should put aside our notions and imaginations, seek and investigate carefully. Only by doing so can we receive the enlightenment and guidance of the Holy Spirit. For example, when Philip preached the gospel to Nathanael, saying: “the Messiah has come and He is Jesus of Nazareth,” Nathanael blurted out according to his conceptions and imaginations, “Can there any good thing come out of Nazareth?” But after the Lord Jesus spoke out his identity and thought, he admitted the Lord Jesus is the son of God and the King of Israel, then he followed the Lord Jesus. Take another example, Samaritan woman heard the word of the Lord Jesus and then recognized the Lord Jesus is the coming Messiah and is Christ. Hence, only if we put aside our notions and imaginations and take a decisive step forward bravely, can we gain the truth, the way and the life bestowed by God. Otherwise, we’ll be the same as the soldier and almost get ruined by our own conceptions.

The Lord Jesus said: “I have yet many things to say to you, but you cannot bear them now. However, when he, the Spirit of truth, is come, he will guide you into all truth: for he shall not speak of himself; but whatever he shall hear, that shall he speak: and he will show you things to come” (John 16:12–13). We can see from it that the Lord Jesus still has many things to say to man, yet man’s stature is too small to bear, so He didn’t speak out. In the last days, the Lord will express all the truth, uncover the mysteries and provide us with everything necessary to our life. Now facing the return of the Lord, we can’t stand still and blindly refuse as before. Instead, we should break through our notions and imaginations and seek and investigate. If we hear someone witness that the Lord has returned, we should seek and investigate humbly to see whether or not their testimonies have the work of the Holy Spirit and conform to truth. The Lord Jesus said: “My sheep hear my voice, and I know them, and they follow me” (Jhn 10:27). Only when we make a step forward, can we have an opportunity to welcome the Lord’s return and be raptured into the heavenly kingdom. 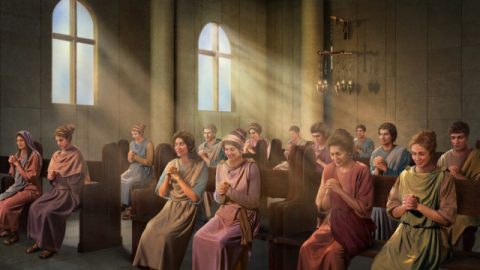 How Should Wise Virgins Discern the Lord’s Voice?

Blessed Are the Modest! Because Heaven Is Theirs

Who’ll Be Wise Virgins? How to Prepare Oil 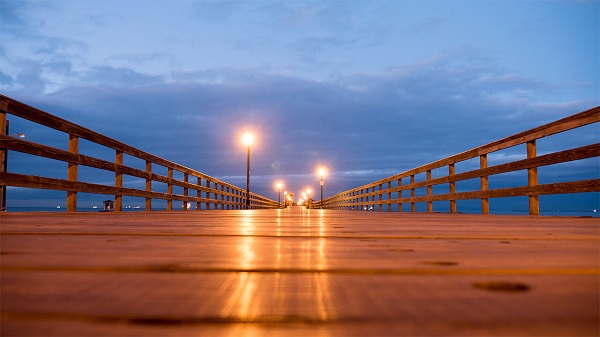 How Do You Tell the Difference Between True and False Leaders, and True and False Shepherds?
Relevant Words of God: Those who do not follow the present work of the Holy Spirit have not entered into the work of God’s words, and no matter how mu…

2 Principles for Discerning Between the True Christ and False Ones
Liu Yong One may ask: In the Bible, we saw the Lord Jesus say, “Take heed that no man deceive you. For many shall come in my name, saying, I am Christ…