The Gain From a Car Accident: Who Should We Rely on Most in This World?

As night gradually comes on with dim moonlight, the stars begin to twinkle in the quiet sky. It seems they are greeting people who have worked hard for a day, or silently watching people falling into a sweet sleep. Standing before the window and staring at these stars, Wenhui, however, is wide awake.

This afternoon’s church meeting constantly recurs to her: “‘Before I believed in God, I had a car accident. At that time, I was driving on the highway, but my car suddenly lost its breaks, which resulted in an accident. Finally, my car was knocked beyond recognition, but the wondrous thing was that I was unhurt. In that accident, I experienced God’s care and protection for me. If not for the accident, I wouldn’t have come before God,’ says Brother Chen excitedly with a grateful heart. And the other brothers and sisters present nod continually and say, ‘Yeah, this truly was God’s miraculous protection.’”

After thinking of this, Wenhui can’t help sighing in her heart, “God is the Ruler of everything, and all things, whether dead or living, are in God’s hands. God is always watching over and protecting mankind. If not for God’s protection, no one could live till today.” Then her thoughts return to the unforgettable time several years ago. 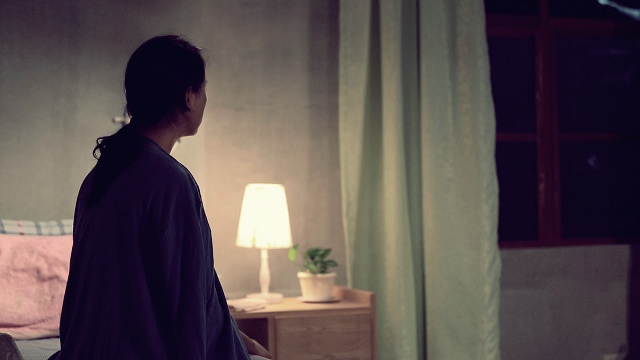 Outgoing and hospitable, Wenhui made many friends. Those years, she had been carefully maintaining the relationships with her relatives and friends, and so her frequent interactions with them ate into her much energy and money. But she thought it was worthwhile, for she firmly believed in the saying, “One more friend means one more path.”

In 2006, Wenhui accepted God’s kingdom gospel. She enjoyed reading God’s words and singing hymns to praise God with her brothers and sisters in the church meetings. However, because of not understanding the meaning of believing in God, she didn’t regard faith in God as the most important thing. As usual, attending gatherings of her friends and having meals with her relatives were the main business in her spare time. She wholeheartedly devoted to these things, for she thought as long as she maintained good relationships with her friends and relatives, they would actively lend her a helping hand in her difficulties. Because of this, Wenhui became more and more distant from God, and just went through the motions when occasionally attending church meetings. It was not until she experienced an accident that she changed her viewpoint and her attitude in believing in God.

One morning in lunar January, 2013, Wenhui and her child together with her cousin’s family of three went to visit her uncle’s on invitation, and her cousin-in-law drove them there. After they arrived, Wenhui’s aunt-in-law prepared a good meal for them. All of them got together and enjoyed each other. When they finished eating and drinking, it was about 1 p.m. After they took a short rest, Wenhui’s cousin-in-law began to drive them back, but no one cared that he had drunk. In the car, they all happily talked about interesting stories of life. Wenhui’s cousin-in-law had just exhorted his child to do homework after returning home, but next second, he unexpectedly speeded up. Wenhui felt her heart raced. She knew that about three or four hundred meters in front of them was a corner, and that people who often drove by there would slow down. As the car gathered speed, her heart shot upward into her throat, and she thought, “It’s over. Something is gonna happen!” At that moment, her cousin sharply said, “Dear, why do you drive so fast? Slow down! …” Before she could finish her words, with a bang, the car hit the concrete guardrails at the corner. Then they saw the car falling over on its side into the ditch beside the road, which was about 3 meters deep and with a slope of 60 degrees. Out of fear, adults and children in the car continuously cried. Wenhui’s mind went blank and she thought, “It’s done! We’ll definitely die!” As the car rolled down the slope, they felt the world turned upside down. Wenhui and her child were on the back right seat, and with the great impact, she hit her cousin and her child was thrown into her arms. Then she tightly held her child, and leaned forward. When the car turned upside down, they all were thrown out from their seats, and their backs and the back of their heads collided with the roof of the car. Then the car continued rolling, and her cousin and her child bumped into Wenhui. During that time, they were thrown to the left and then to the right; their mental states were being stretched and they were in extreme panic. They all believed they would either die or be seriously injured. 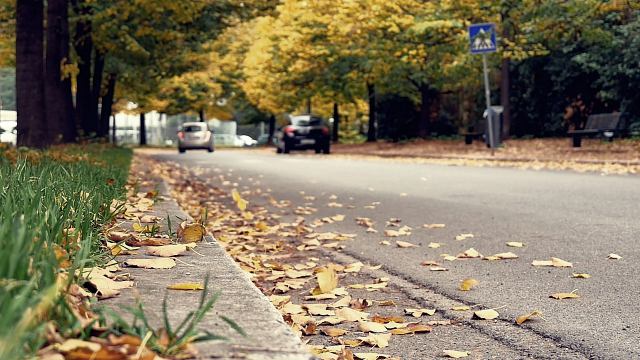 Just in that emergency, Wenhui suddenly remembered she was a believer in God. Then she hastened to constantly cry out to God, “Oh, God! Please save us!” After her prayer, a miracle happened—the car stopped rolling, as if it was controlled by an invisible force, and it instantly stood at the bottom of the slope, stably and steadily. They even didn’t feel the slightest impact when the car reached the ground, as if a pair of big hands held it and steadily put it on the ground. The moment the car fell back to the ground, somehow the car doors opened and they five hurriedly got out of the car. Then they examined if any of them got injured. Miraculously, Wenhui was unscathed and the others simply got minor injuries. The badly battered head of the car, the body of the car pitted with dents, shards of glass on the ground, three broken trees as thick as a large bowl in diameter at the bottom of the slope, and three or four crashed concrete guardrails on the roadside—all these indicated how serious the accident was. They all were so scared that they looked pale. Wenhui’s cousin-in-law said with a shiver, “It was Heaven that protected us. Otherwise, we might have died or been seriously injured.” Wenhui clearly knew that it was God’s care and protection for them, and so she silently thanked God.

Afterward, her cousin-in-law called an accident recovery team to clear the area, and after everything was dealt with, they went to their homes. At home, Wenhui leaned back on the sofa for a long time, and she still felt shocked at the thought of the scenes of the accident. That night, she was sleepless. She recalled that over the years of her faith in God, she didn’t pursue the truth or take faith in God seriously, but when she cried out to Him in crisis, God still protected and cared for her, from which she felt God really loves man. Thinking of this, she was more grateful for God’s protection, tears coming down her cheeks.

She saw God’s words say, “Like all things, man quietly and unknowingly receives the nourishment of the sweetness and rain and dew from God. Like all things, man unknowingly lives under the orchestration of God’s hand. The heart and spirit of man are held in the hand of God, and all the life of man is beheld in the eyes of God. Regardless of whether or not you believe this, any and all things, living or dead, will shift, change, renew, and disappear according to God’s thoughts. This is how God rules over all things.” In this experience, Wenhui had real knowledge and experience about this passage of God’s words. She felt all living or dead things are dictated and controlled by God. In the accident, three trees were broken off, three or four concrete guardrails were crashed, and the head of the car lost its shape, but she was unhurt, which indicated everything shifts and changes according to God’s thoughts. In the past, she adhered to the Satan’s life principle, “One more friend means one more path,” so she always believed that maintaining good relationships with others was best, and that as long as she maintained good relationships with her relatives and friends, then they would actively come to help her if she had any difficulties. After experiencing this accident, she realized: At that crisis, she even didn’t have time to call them to ask for help, much less could they help her then. And she also understood God alone is people’s support, and that people can only depend on Him. Therefore, she knew she should rely on God most at any time.

When her thoughts reached this point, Wenhui quietly resolved that she would certainly pursue the truth hard, fulfill her duty as a created being to repay God’s love, and live a meaningful life to comfort God’s heart. From then on, she paid attention to quieting her heart before God. When something happened to her, she sought the truth and relied on God to handle it instead of depending on her interpersonal relationships; when facing difficulties, she would also rely on and look up to God to resolve them. This way she was more certain that she could only rely on God. She was grateful to God and gave all the glory to God.

Spiritual Awakening In A Car Accident 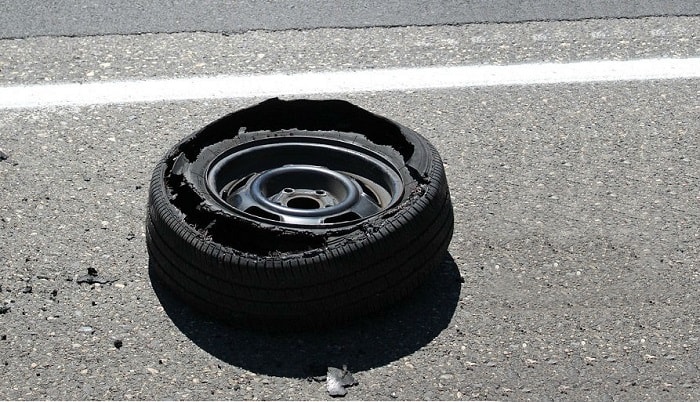 God Is My Only Rock 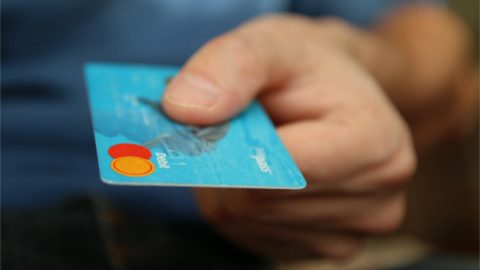 My Wrong Outlook on Life Changed After Car Accident 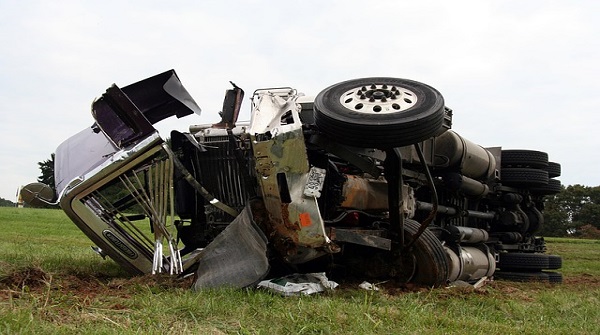 Nightmare on Rainy Night: Experience of 18-year-old Hijacked Student
By Titie, New Zealand Everyone wants to live a peaceful life, but all kinds of dangers are unavoidable in this evil and corrupt age. What should we do… 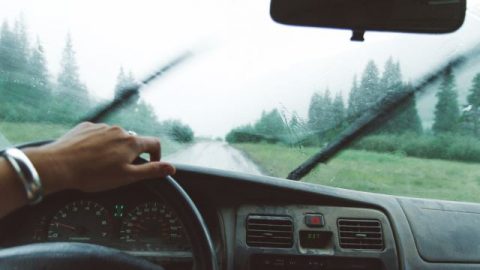