It’s recorded in the Bible, “And while they yet believed not for joy, and wondered, he said to them, Have you here any meat? And they gave him a piece of a broiled fish, and of an honeycomb. And he took it, and did eat before them” (Luke 24:41-43). Besides, John 20:19-20 say, “Then the same day at evening, being the first day of the week, when the doors were shut where the disciples were assembled for fear of the Jews, came Jesus and stood in the middle, and said to them, Peace be to you. And when he had so said, he showed to them his hands and his side. Then were the disciples glad, when they saw the LORD.” Whenever I read these verses, I thought, “After the Lord Jesus was crucified, His work had been completed, but why did He appear to those people? And why did He even appear to the disciples again and again in various ways over a period of forty days? What was God’s intention in appearing to them?” 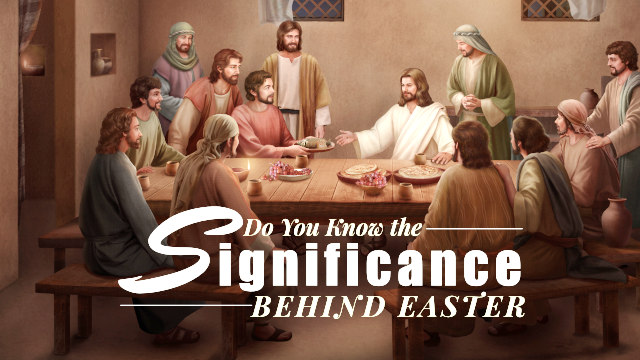 Not until I read a passage of God’s words did I find out the Lord Jesus’ earnest intention of appearing to man. God says: “The resurrected Lord Jesus is the Lord Jesus that had initially spent thirty-three and a half years working among mankind. Although He had been nailed to the cross and experienced the valley of the shadow of death, and He had experienced resurrection, His every aspect had undergone no changes. Although He now had nail marks on His body, and although He had been resurrected and walked out from the grave, His disposition, His understanding of mankind, and His intentions toward mankind had not changed in the slightest. Also, He was telling people that He had come down off the cross, triumphed over sin, triumphed over hardships, and triumphed over death. The nail marks were just the evidence of His victory over Satan, evidence of being a sin offering to successfully redeem all of mankind. He was telling people that He had already taken on mankind’s sins and He had completed His work of redemption. When He returned to see His disciples, He told them with His appearance: ‘I’m still alive, I still exist; today I am truly standing in front of you so that you can see and touch Me. I will always be with you.’”

“After the Lord Jesus was resurrected, He appeared to the people He thought necessary, spoke with them, and made requirements of them, leaving behind His intentions, and His expectations of people. That is to say, as God incarnate, it doesn’t matter if it was during His time in the flesh, or in the spiritual body after being nailed to the cross and being resurrected—His concern for mankind and requirements of people did not change. He was concerned about these disciples before He was up on the cross; in His heart, He was clear on the state of every single person, He understood every person’s deficiency, and of course His understanding of every person was the same after He had died, resurrected, and become a spiritual body as it was when He was in the flesh. He knew that people weren’t entirely certain of His identity as Christ, but during His time in the flesh He did not make strict demands of people. But after He had been resurrected He appeared to them, and He made them absolutely certain that the Lord Jesus had come from God, that He was God incarnate, and He used the fact of His appearance and His resurrection as the greatest vision and motivation for mankind’s lifelong pursuit. His resurrection from death not only strengthened all those who followed Him, but also thoroughly put His work of the Age of Grace into effect among mankind, and thus the gospel of the Lord Jesus’ salvation in the Age of Grace gradually spread to every corner of humanity. Would you say that the Lord Jesus’ appearance after His resurrection had any significance? If you were Thomas or Peter at that time, and you encountered this one thing in your life that was so meaningful, what kind of impact would it have on you? Would you see this as the best and the greatest vision of your life of believing in God? Would you see this as a driving force of your following God, striving to satisfy Him, and pursuing love of God in your life? Would you expend a lifetime of effort to spread this greatest of visions? Would you make spreading the Lord Jesus’ salvation a commission you accept from God? … His appearance allowed people to have another experience and feeling of God’s concern and care while also powerfully proving that God is the One who opens up an age, who develops an age, and He is the One who ends an age. Through His appearance He strengthened the faith of all people, and through His appearance He proved to the world the fact that He is God Himself. This gave His followers eternal confirmation, and through His appearance He also opened up a phase of His work in the new age” (“God’s Work, God’s Disposition, and God Himself III”).

At this moment, I realized that celebrating Easter is not important. What really matters was the significance of the Lord Jesus appearing to man after He had resurrected from the dead.

• Meaning of the Lord Jesus’ Appearance to His Disciple Thomas

• What Are the Diverse Meanings of the Lord Jesus’ Resurrection?

The Resurrection of Jesus Christ
Previous Post Why Did the Lord Jesus Appear to People for Forty Days After Resurrection?
Next Post From Jesus' Feeding of the 5000, What Else Can We Know Besides God’s Great Power?

What Does the Resurrection of Jesus Christ Mean?

By Xiang Yang, United States Luke 24:1-9 say, “Now on the first day of the week, very early in the morning, they came to the sepulcher, bringing the s…

By Miaoxiao In Scripture, it is written about the Lord Jesus’ resurrection: “In the end of the sabbath, as it began to dawn toward the first day of th…

Read these 12 carefully chosen Bible verses about the Lord Jesus’ resurrection to sense God’s love and salvation for us. Matthew 20:18-19 Behold, we g…