You Are Here:
Home » Bible » Bible Verses by Topic 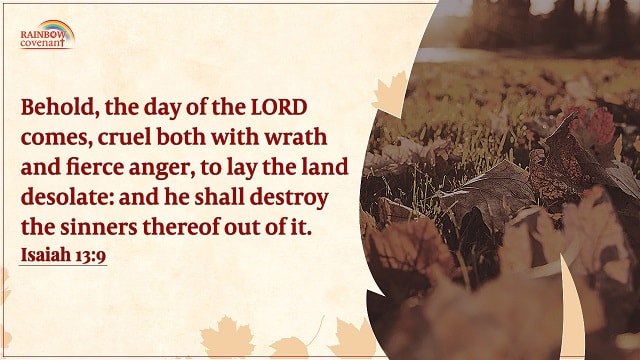 You are welcome to use our Bible Verses By Topics page to quickly find verses about popular topics.

Events during the great tribulation

And there came one of the seven angels which had the seven vials, and talked with me, saying to me, Come here; I will show to you the judgment of the great whore that sits on many waters:

And on her forehead was a name written, MYSTERY, BABYLON THE GREAT, THE MOTHER OF HARLOTS AND ABOMINATIONS OF THE EARTH.

So he carried me away in the spirit into the wilderness: and I saw a woman sit on a scarlet colored beast, full of names of blasphemy, having seven heads and ten horns.

And he said to me, The waters which you saw, where the whore sits, are peoples, and multitudes, and nations, and tongues. And the ten horns which you saw on the beast, these shall hate the whore, and shall make her desolate and naked, and shall eat her flesh, and burn her with fire. For God has put in their hearts to fulfill his will, and to agree, and give their kingdom to the beast, until the words of God shall be fulfilled. And the woman which you saw is that great city, which reigns over the kings of the earth.

And the word of the LORD came to me, saying, Son of man, set your face against Gog, the land of Magog, the chief prince of Meshech and Tubal, and prophesy against him,

You shall ascend and come like a storm, you shall be like a cloud to cover the land, you, and all your bands, and many people with you. Thus said the Lord GOD; It shall also come to pass, that at the same time shall things come into your mind, and you shall think an evil thought: And you shall say, I will go up to the land of unwalled villages; I will go to them that are at rest, that dwell safely, all of them dwelling without walls, and having neither bars nor gates, To take a spoil, and to take a prey; to turn your hand on the desolate places that are now inhabited, and on the people that are gathered out of the nations, which have gotten cattle and goods, that dwell in the middle of the land.

And it shall come to pass at the same time when Gog shall come against the land of Israel, said the Lord GOD, that my fury shall come up in my face. For in my jealousy and in the fire of my wrath have I spoken, Surely in that day there shall be a great shaking in the land of Israel; So that the fishes of the sea, and the fowls of the heaven, and the beasts of the field, and all creeping things that creep on the earth, and all the men that are on the face of the earth, shall shake at my presence, and the mountains shall be thrown down, and the steep places shall fall, and every wall shall fall to the ground. And I will call for a sword against him throughout all my mountains, said the Lord GOD: every man’s sword shall be against his brother. And I will plead against him with pestilence and with blood; and I will rain on him, and on his bands, and on the many people that are with him, an overflowing rain, and great hailstones, fire, and brimstone. Thus will I magnify myself, and sanctify myself; and I will be known in the eyes of many nations, and they shall know that I am the LORD.

Read More: “Who Forced Her to the End of the Road?” – Chronicles of Religious Persecution

John 15:18
If the world hate you, you know that it hated me before it hated you.

Blessed are they which are persecuted for righteousness’ sake: for theirs is the kingdom of heaven.

·Judgment of earth’s inhabitants – The sheep and the goats 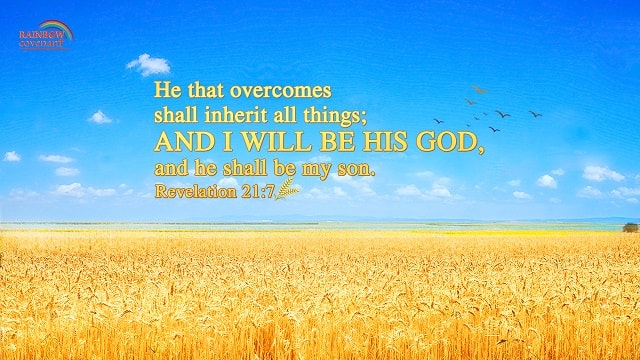 And he shall send his angels with a great sound of a trumpet, and they shall gather together his elect from the four winds, from one end of heaven to the other.

He that overcomes shall inherit all things; and I will be his God, and he shall be my son.

And cried with a loud voice, saying, Salvation to our God which sits on the throne, and to the Lamb.

For they are the spirits of devils, working miracles, which go forth to the kings of the earth and of the whole world, to gather them to the battle of that great day of God Almighty.

And he gathered them together into a place called in the Hebrew tongue Armageddon.

And I saw the beast, and the kings of the earth, and their armies, gathered together to make war against him that sat on the horse, and against his army. And the beast was taken, and with him the false prophet that worked miracles before him, with which he deceived them that had received the mark of the beast, and them that worshipped his image. These both were cast alive into a lake of fire burning with brimstone. And the remnant were slain with the sword of him that sat on the horse, which sword proceeded out of his mouth: and all the fowls were filled with their flesh.

How can we receive God’s protection during the great tribulation? More content: Where Is Our Refuge From the Widespread Terror Attacks?

Events after the great tribulation

·Confinement of Satan and the demons

And I saw an angel come down from heaven, having the key of the bottomless pit and a great chain in his hand. And he laid hold on the dragon, that old serpent, which is the Devil, and Satan, and bound him a thousand years, And cast him into the bottomless pit, and shut him up, and set a seal on him, that he should deceive the nations no more, till the thousand years should be fulfilled: and after that he must be loosed a little season.

And when the thousand years are expired, Satan shall be loosed out of his prison,

And they sung a new song, saying, You are worthy to take the book, and to open the seals thereof: for you were slain, and have redeemed us to God by your blood out of every kindred, and tongue, and people, and nation; And have made us to our God kings and priests: and we shall reign on the earth.

After this I beheld, and, see, a great multitude, which no man could number, of all nations, and kindreds, and people, and tongues, stood before the throne, and before the Lamb, clothed with white robes, and palms in their hands;

And I said to him, Sir, you know. And he said to me, These are they which came out of great tribulation, and have washed their robes, and made them white in the blood of the Lamb.

And I saw thrones, and they sat on them, and judgment was given to them: and I saw the souls of them that were beheaded for the witness of Jesus, and for the word of God, and which had not worshipped the beast, neither his image, neither had received his mark on their foreheads, or in their hands; and they lived and reigned with Christ a thousand years. But the rest of the dead lived not again until the thousand years were finished. This is the first resurrection. Blessed and holy is he that has part in the first resurrection: on such the second death has no power, but they shall be priests of God and of Christ, and shall reign with him a thousand years.

·Satan Cast into the Lake of Fire

And when the thousand years are expired, Satan shall be loosed out of his prison, And shall go out to deceive the nations which are in the four quarters of the earth, Gog, and Magog, to gather them together to battle: the number of whom is as the sand of the sea. And they went up on the breadth of the earth, and compassed the camp of the saints about, and the beloved city: and fire came down from God out of heaven, and devoured them.

And the devil that deceived them was cast into the lake of fire and brimstone, where the beast and the false prophet are, and shall be tormented day and night for ever and ever.

Read More: Where is the Kingdom of Heaven? Is It Really in Heaven?

For, behold, I create new heavens and a new earth: and the former shall not be remembered, nor come into mind.

But be you glad and rejoice for ever in that which I create: for, behold, I create Jerusalem a rejoicing, and her people a joy.

And I will rejoice in Jerusalem, and joy in my people: and the voice of weeping shall be no more heard in her, nor the voice of crying.

And I saw a new heaven and a new earth: for the first heaven and the first earth were passed away; and there was no more sea.

And I John saw the holy city, new Jerusalem, coming down from God out of heaven, prepared as a bride adorned for her husband.

And I heard a great voice out of heaven saying, Behold, the tabernacle of God is with men, and he will dwell with them, and they shall be his people, and God himself shall be with them, and be their God.

And God shall wipe away all tears from their eyes; and there shall be no more death, neither sorrow, nor crying, neither shall there be any more pain: for the former things are passed away.

And he that sat on the throne said, Behold, I make all things new. And he said to me, Write: for these words are true and faithful.

He that overcomes shall inherit all things; and I will be his God, and he shall be my son. 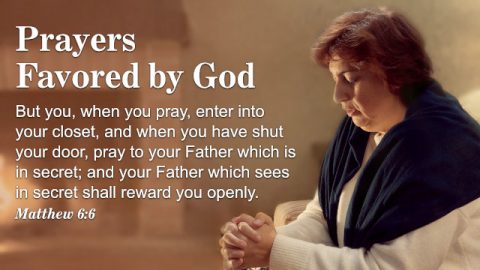 Bible Verses About the Second Coming of Christ 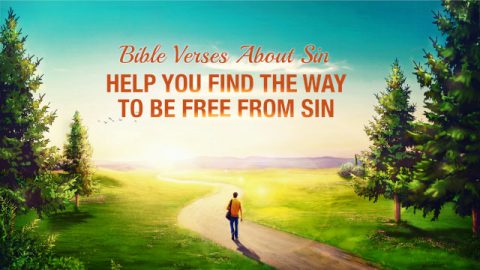 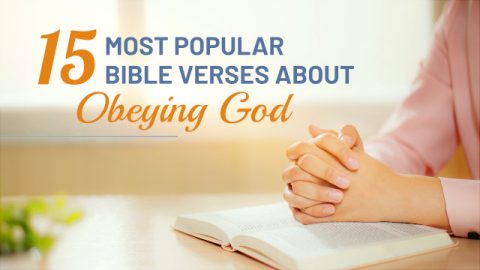 15 Most Popular Bible Verses About Obeying God
Many believers in God want to be someone who obeys God to be praised by God. But in real life, we often go against God’s words despite ourselves and f… 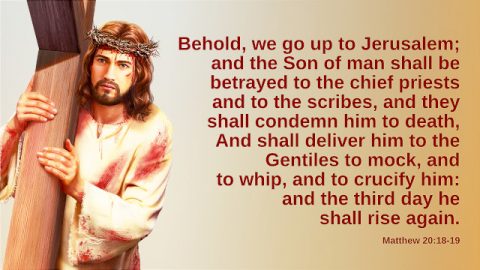 Bible Verses About Cooperation - Be of One Mind
The Bible verses about Cooperation selected below will help us know how to serve in coordination and be of one mind. Because when we are of one heart and rely on God together, we can gain the Holy Spirit’s guidance easily. 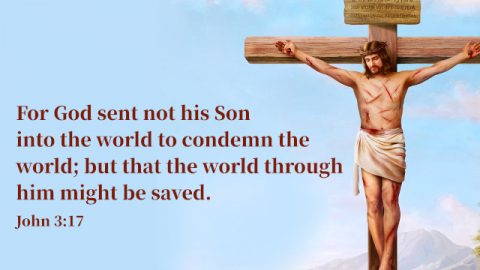 Bible Verses About the Gospel 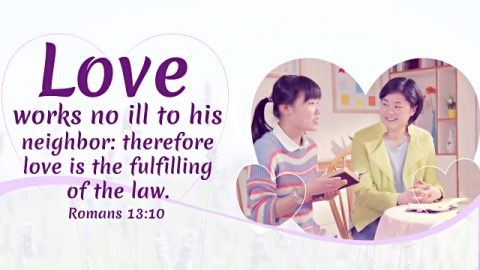 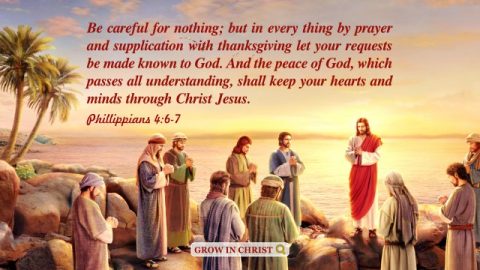 Top 15 Bible Verses to Strengthen Your Relationship With God 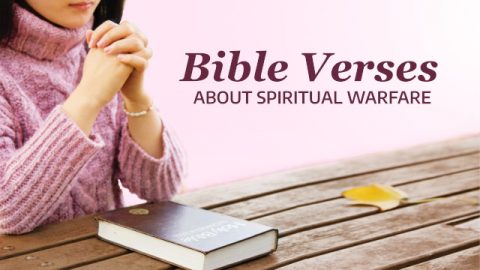 Bible Verses About Spiritual Warfare: How to Overcome Satan’s Temptation