Bible Prophecy: Time and Place of the Second Coming of Jesus Christ 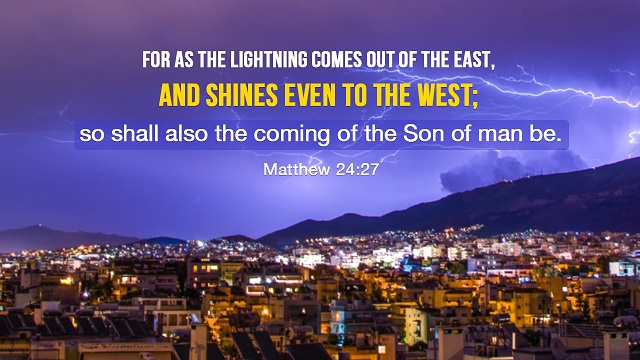 Bible Prophecy: Time and Place of the Second Coming of Jesus Christ

Many people have different opinions about the time and place of the second coming of the Lord. Some people think the Lord will appear again in Israel; some think the Lord will descend from clouds to reveal Himself to all people. But God’s work is wonderful and hard to fathom. Where God appears and when He appears are out of our imaginations. We shouldn’t define God’s work willingly by our imaginations, but should seek humbly and learn to listen to the voice of God. There are many prophecies recording the time and place of the Lord’s second coming in the Bible. Here are some selected verses, and we hope they can answer questions and remove doubts for you.

And his feet shall stand in that day on the mount of Olives, which is before Jerusalem on the east,

For as the lightning comes out of the east, and shines even to the west; so shall also the coming of the Son of man be.

The Time of the Second Coming of the Lord

But of that day and hour knows no man, no, not the angels of heaven, but my Father only.

Therefore be you also ready: for in such an hour as you think not the Son of man comes.

For yourselves know perfectly that the day of the Lord so comes as a thief in the night.

But the day of the Lord will come as a thief in the night; in the which the heavens shall pass away with a great noise, and the elements shall melt with fervent heat, the earth also and the works that are therein shall be burned up.

And he said to them, It is not for you to know the times or the seasons, which the Father has put in his own power. But you shall receive power, after that the Holy Ghost is come on you: and you shall be witnesses to me both in Jerusalem, and in all Judaea, and in Samaria, and to the uttermost part of the earth.

Because he has appointed a day, in the which he will judge the world in righteousness by that man whom he has ordained; whereof he has given assurance to all men, in that he has raised him from the dead. 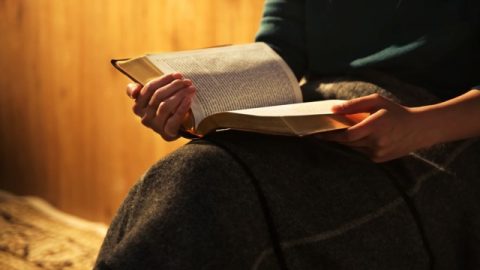 Can Man Define Where the Lord Jesus Appears When He Returns?

You are welcome to use our Bible Verses By Topic page to quickly find verses about popular topics.

15 Bible Verses About Anger Management—Help You Control Your Temper

Bible Verses About Anger Management Many times, we can’t help going mad when we have a conflict with others, or meet with something unpleasant, or feel annoyed … We know that anger isn’t in line with God’s will, but we are still riled up when something bad happens. As a matter of fact, we are […]

Bible Verses About Bearing Witness to the Lord Jesus

Isaiah 9:6 For to us a child is born, to us a son is given: and the government shall be on his shoulder: and his name shall be called Wonderful, Counselor, The mighty God, The everlasting Father, The Prince of Peace. Micah 5:2 But you, Bethlehem Ephratah, though you be little among the thousands of […]

Biblical Prophecies About the Day of the Lord

Biblical Prophecies About the Day of the Lord Jesus Christ promised that He would come in the last days. Presently, disasters are frequently happening all over the world and rarely seen astronomical phenomena are appearing. Bible prophecies about Jesus’ second coming have basically been fulfilled. We should be vigilant and prepared to welcome His second […]

Verses About Rainbow—God’s Will Behind Establishing the Rainbow Covenant