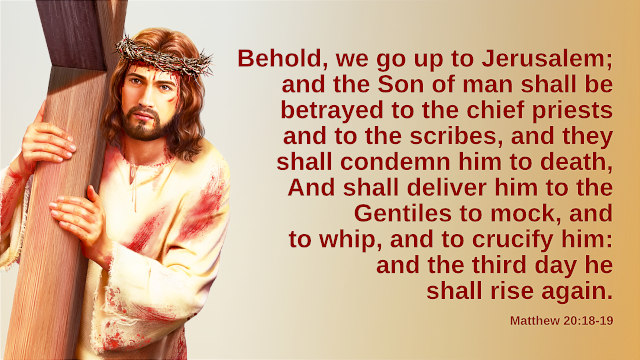 Read these 12 carefully chosen Bible verses about the Lord Jesus’ resurrection to sense God’s love and salvation for us.

Behold, we go up to Jerusalem; and the Son of man shall be betrayed to the chief priests and to the scribes, and they shall condemn him to death, And shall deliver him to the Gentiles to mock, and to whip, and to crucify him: and the third day he shall rise again.

Saying, The Son of man must suffer many things, and be rejected of the elders and chief priests and scribes, and be slain, and be raised the third day.

From that time forth began Jesus to show to his disciples, how that he must go to Jerusalem, and suffer many things of the elders and chief priests and scribes, and be killed, and be raised again the third day.

And Jesus said to them, All you shall be offended because of me this night: for it is written, I will smite the shepherd, and the sheep shall be scattered. But after that I am risen, I will go before you into Galilee.

That Christ should suffer, and that he should be the first that should rise from the dead, and should show light to the people, and to the Gentiles.

Because he has appointed a day, in the which he will judge the world in righteousness by that man whom he has ordained; whereof he has given assurance to all men, in that he has raised him from the dead.

And came out of the graves after his resurrection, and went into the holy city, and appeared to many.

And the angel answered and said to the women, Fear not you: for I know that you seek Jesus, which was crucified. He is not here: for he is risen, as he said. Come, see the place where the Lord lay. And go quickly, and tell his disciples that he is risen from the dead; and, behold, he goes before you into Galilee; there shall you see him: see, I have told you.

Now when Jesus was risen early the first day of the week, he appeared first to Mary Magdalene, out of whom he had cast seven devils.

And killed the Prince of life, whom God has raised from the dead; whereof we are witnesses.

Knowing that Christ being raised from the dead dies no more; death has no more dominion over him.

You are welcome to use our Bible Verses by Topic page to quickly find verses about popular topics. 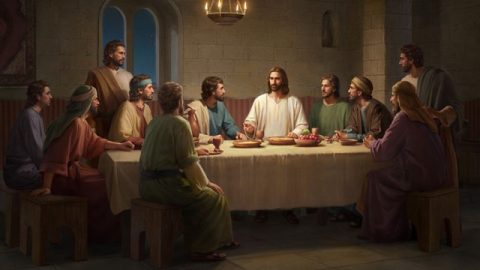 Why Did the Lord Jesus Appear to People for Forty Days After Resurrection?
Read More

Biblical Prophecies About the Day of the Lord

Biblical Prophecies About the Day of the Lord Jesus Christ promised that He would come in the last days. Presently, disasters are frequently happening all over the world and rarely seen astronomical phenomena are appearing. Bible prophecies about Jesus’ second coming have basically been fulfilled. We should be vigilant and prepared to welcome His second […]

We can use these Bible verses to celebrate God’s blessing of life. These verses are perfect for sending to someone on their birthday. Every life is precious in God’s eyes, and He has a plan for everyone’s fate. These verses are full of hope and promises for the future. Never forget that God gives us […]

Philippians 4:7 And the peace of God, which passes all understanding, shall keep your hearts and minds through Christ Jesus. Psalm 56:3 What time I am afraid, I will trust in you. Isaiah 4:10 Fear you not; for I am with you: be not dismayed; for I am your God: I will strengthen you; yes, […]

Bible Verses About Cooperation - Be of One Mind

The Lord Jesus said, “Again I say to you, That if two of you shall agree on earth as touching any thing that they shall ask, it shall be done for them of my Father which is in heaven. For where two or three are gathered together in my name, there am I in the […]