The Lord is not slack concerning his promise, as some men count slackness; but is long-suffering to us-ward, not willing that any should perish, but that all should come to repentance. 2 Peter 3:9

The Lord is not slack concerning his promise, as some men count slackness; but is long-suffering to us-ward, not willing that any should perish, but that all should come to repentance.

From this Bible verse, we can see God’s work won’t be delayed even one second and will be accomplished according to God’s plan, and also see God is earnest and thoughtful in His salvation of man and that He doesn’t want any of us to perish but want us to be saved. Many people therefore assume that “not willing that any should perish” means God will save everyone in the world, and that only when people in the world all repent will the Lord come to rapture us. Is this viewpoint after God’s will? If so, how will God’s work of separating the goats from the sheep, the wise virgins from foolish virgins, and the good servants from the wicked servants be accomplished? Thus, what we humans think is not God’s will but our notions and imagination. We should understand only those wise virgins, the sheep, and the good servants are the people God will save. Such people are predestined by God and none of them will be forsaken. Foolish virgins and the wicked servants are dead ones without spirit. God will not save them.

The Lord Jesus said, “My sheep hear My voice, and I know them, and they follow Me” (John 10:27). Obviously, in the last days, the Lord will return to utter words to call to His sheep. Those who truly believe in God and love the truth belong among the wise virgins. They hear God’s words, so they will be raptured before God and feast with the Lord. Such kind of people are preordained to be chosen by God. Which is to say, they are those who have human spirits. God doesn’t want them to perish. However, those who condemn the Lord’s return instead of seeking God’s voice when they hear someone testifies to the Lord’s return, are dead ones without spirit. They cannot understand God’s voice and refuse to welcome Him. Such are foolish virgins who will be forsaken and eliminated by the Lord and will weep and gnash their teeth in the dark.

• 3 Paths on How to Watch and Wait to Meet the Lord
• How Should Wise Virgins Prepare Oil to Welcome the Lord? 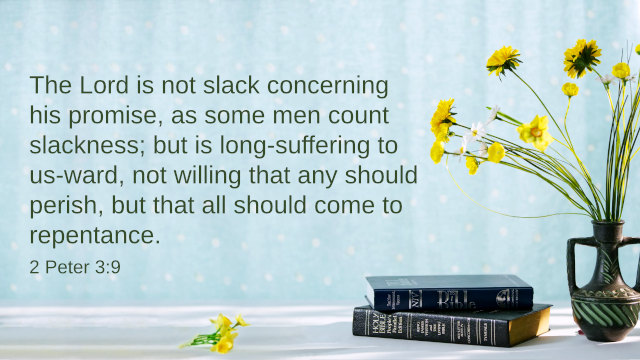 Chen Si A Sober Reflection on the Lesson and Sorrow of the Jews As is known to all, two thousand years ago, the Lord Jesus began the Age of Grace, sp…

Many young web addicts would like to quit the internet, but they can't ever control themselves. After repeated failures, they get discouraged and disa…

By Xuesong The Cross was an instrument of capital punishment. Since the sinless Lord Jesus was nailed to the cross as a sin offering for mankind, the…

By Jia’nan, Hong Kong Whenever someone mentions betting on horse races, some people are daunted by the idea, and they avoid it like the plague, whe…