Speaking of Job, I believe brothers and sisters in the Lord are familiar with him. We all know some of Job’s stories. He was deeply approved and blessed by God. God’s assessment of Job is, “That there is none like him in the earth, a perfect and an upright man, one that fears God, and eschews evil” (Job 1:8). From it, we can see that Job has borne a resounding testimony for God, and brought comfort to God’s heart.

Every time I read the Book of Job, I am moved by his experience and have much more admiration for him. He lost all of his property and children in just one day. (For reference: Job 1:13-19.) He did not complain against God at all, but instead he did such a thing, “Then Job arose, and rent his mantle, and shaved his head, and fell down on the ground, and worshipped, And said, Naked came I out of my mother’s womb, and naked shall I return thither: the LORD gave, and the LORD has taken away; blessed be the name of the LORD” (Job 1:20-21). When undergoing the trials, Job had such a calm attitude and profound understanding, which was unattainable to ordinary people indeed.

However, I could not understand the sentence Job said all the time when he was exceedingly pained, “Let the day perish wherein I was born, and the night in which it was said, There is a man child conceived” (Job 3:3). I was always pondering: God has given us this breath; the time of one’s birth, one’s gender and one’s family¬––aren’t all out of God’s predestination and sovereignty? Since it is God’s predestination, wasn’t Job complaining about God? In that case, Job would have had borne no witness. But why does God still praise Job and give him great blessings? It really baffled me! 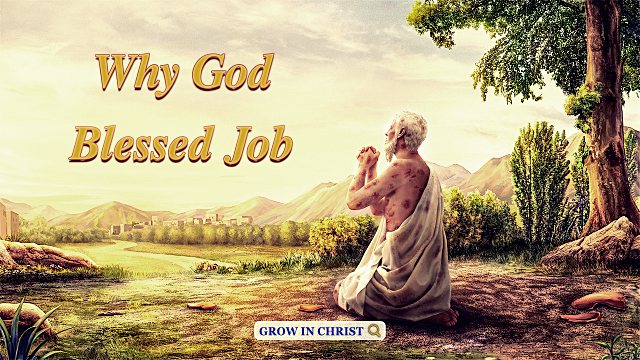 One day, I read some words from a book, which opened up my mind and unraveled the confusion I had had for many years, and also let me look at Job in a new light.

These words said, “I often say that God looks within people’s hearts, and people look at people’s exteriors. Because God looks within people’s hearts, He understands their substance, whereas people define other people’s substance based on their exterior. When Job opened his mouth and cursed the day of his birth, this act astonished all the spiritual figures, including the three friends of Job. Man came from God, and should be thankful for the life and flesh, as well as the day of his birth, bestowed upon him by God, and he should not curse them. This is understandable and conceivable to most people. For anyone who follows God, this understanding is sacred and inviolable, it is a truth that can never change. Job, on the other hand, broke the rules: He cursed the day of his birth. This is an act that most people consider to be crossing over into forbidden territory. Not only is he not entitled to people’s understanding and sympathy, he is also not entitled to God’s forgiveness. At the same time, even more people become doubtful toward Job’s righteousness, for it seems that God’s favor toward him made Job self-indulgent, it made him so bold and reckless that not only did he not thank God for blessing him and caring for him during his lifetime, but he damned the day of his birth to destruction. What is this, if not opposition to God? Such superficialities provide people with the proof to condemn this act of Job, but who can know what Job was truly thinking at that time? And who can know the reason why Job acted in that way? Only God and Job himself know the inside story and reasons here.

After reading these words, I truly was shameful and felt my views were so shallow. I just looked at the appearance of things, but did not know how many sincere feelings that Job had toward God within them. Job truly experienced God’s love for him during his trials. The reason why he said like this “Let the day perish wherein I was born, and the night in which it was said, There is a man child conceived,” was that he neither wanted God to be pained by him nor saw God worry about him. Job deeply felt that God is always right by his side and has been accompanying him from the very beginning to the end. When he was harmed by Satan, God’s heart ached very much; when he was tortured and suffered pains, God’s heart was also pained.

In extreme pain, Job did not consider his flesh, but thought God’s intentions and feelings at all times. He cursed the day of his own birth because of his consideration for and love of God, not complaints about God. Therefore, we can see that Job has true belief in God and true love of God, which was totally revealed from what he had lived out and his words. Job really deserved the assessment that he was a perfect and an upright man, one that feared God and shunned evil.

I received great inspiration from the hidden thoughts of Job: We could only look at the appearance of things but not the essence of them based on our own conceptions. We are easy to distort the facts, say absurd things, do that which was not in accordance with the truth, and even resist God. Look back to the past: Noah complied with God’s word to build an ark. However, people of that time thought it was impossible to rain based on their own conceptions. They derided Noah’s going mad. When the flood started to fall, the people found Noah was really clever; they themselves were ignorant idiots; in the Age of Grace, Peter, John and other disciples, they abandoned all things and followed the Lord Jesus as soon as they heard God’s voice, spreading and bearing witness to the Lord Jesus’ name. Yet they were suppressed and condemned by the Pharisees and religious leaders, and even persecuted and arrested by the Roman government. As a result, many disciples were martyred for their belief. At that time, many people thought they were foolish. On the contrary, they were really commemorated by the Lord. Those chief priests, scribes, and Pharisees of Judaism were just the objects of condemnation, curse and punishment. At the moment, I cannot help but think of us nowadays: When seeing the way in which the Lord comes does not fit our imagination, we condemn and resist it at will; when seeing God’s work is not according to our thoughts, we do not admit it; when seeing some brothers and sisters return before God’s throne after they hear God’s voice, running around to preach the kingdom gospel of God, we still have notions of God and even judge Him. We always measure whether the matter is right or wrong based on its appearance not on God’s will, nor do we treat all things according to God’s word. Then how can we see clearly the truth of things? How can we not be easy to resist God? God said, “For my thoughts are not your thoughts, neither are your ways my ways, said the LORD. For as the heavens are higher than the earth, so are my ways higher than your ways, and my thoughts than your thoughts” (Isa 55:8-9).

When facing things that are not in accordance with our conceptions and imaginations, how should we treat them? Should we analyze and study the appearance of things with our mind or see the essence of them according to God’s word? This question is worth pondering.

Job Bible - The Inspiration I Gained From Job’s Experience 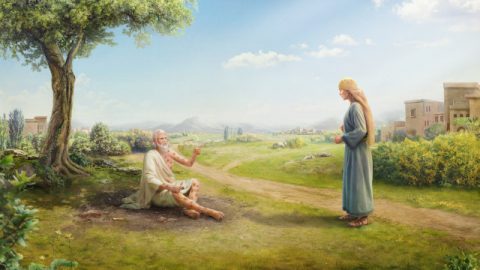 The Price Lived Out by Job During His Lifetime
Job After His Trials (Job 42:7-9) And it was so, that after Jehovah had spoken these words to Job, Jehovah said to Eliphaz the Temanite, My wrath is k…

Job Blesses the Name of God and Does Not Think of Blessings or Disaster
There is a fact which is never referred to in the Scriptures’ stories of Job, which will be our focus today. Although Job had never seen God or heard …

Satan Tempts Job for the First Time (His Livestock Is Stolen and Calamity Befalls His Children)
a. The Words Spoken by God (Job 1:8) And Jehovah said to Satan, Have you considered my servant Job, that there is none like him in the earth, a perfe…