Welcome the Second Coming of Jesus? Key Details in Prophecies

By Xiaowei, the United States

Recently, I saw some believer asked in a post on Facebook, “Now is already the last days and the prophecies of the Lord’s return have basically all been fulfilled, but why haven’t we met the Lord yet? Is it that there is something wrong with our way of waiting?” Actually, most brothers and sisters are also confused about this. Regarding this question, I have some simple understanding and would like to share it with you now. 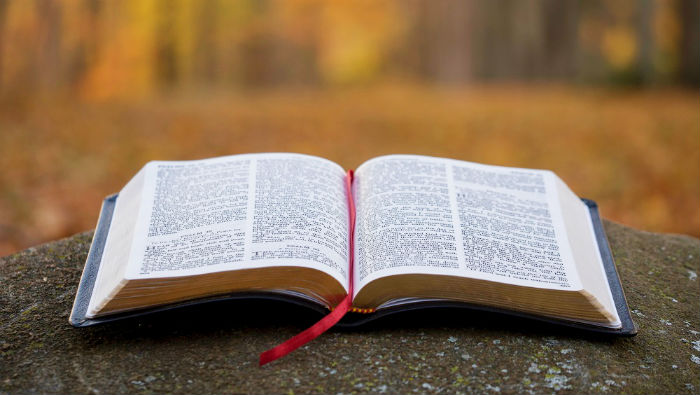 The Lord Jesus has ever told us, “And if I go and prepare a place for you, I will come again, and receive you to myself … ” (John 14:3). “And then shall appear the sign of the Son of man in heaven: and then shall all the tribes of the earth mourn, and they shall see the Son of man coming in the clouds of heaven with power and great glory” (Matthew 24:30). Throughout the past two thousand years, many believers, based on these prophecies, believe that the Lord will come again on a white cloud, so many brothers and sisters in the Lord hold onto such viewpoint, watchful and waiting for the second coming of Jesus Christ.

When prophecies are mentioned, it reminds me of the mistake committed by the Pharisees when they waited for the arrival of the Messiah. Back then, the Jewish Pharisees were full of imaginations when it came to the Messiah. They saw the biblical prophecies, “For to us a child is born, to us a son is given: and the government shall be on his shoulder: and his name shall be called Wonderful, Counselor, The mighty God, The everlasting Father, The Prince of Peace. Of the increase of his government and peace there shall be no end, on the throne of David, and on his kingdom, to order it, and to establish it with judgment and with justice from now on even for ever” (Isaiah 9: 6-7). “But you, Bethlehem Ephratah, though you be little among the thousands of Judah, yet out of you shall he come forth to me that is to be ruler in Israel; whose goings forth have been from of old, from everlasting” (Micah 5:2). So in accordance with these prophecies and their various long-term imaginations and reasoning about the arrival of the Messiah, they determined that the Lord would be definitely called Messiah, born into a wealthy family, like David and would lead them to break away from the rule of the Roman government. However, the Lord didn’t do these things according to their notions and imaginations, so the Pharisees tried to find all kinds of accusations against the Lord Jesus, condemned and blasphemed the Lord Jesus. Even though at that time the Lord Jesus expressed many truths and performed many miracles, fully demonstrating God’s authority and power, the Pharisees did not care how profound the Lord Jesus’ words were or how great His authority was. As long as it did not conform with their notions and imaginations, as long as He was not born into a wealthy family and His appearance was not noble and dignified, as long as His name was not the Messiah, they would condemn and resist. Due to their truth-hating nature, they ultimately nailed the Lord Jesus, who expressed truths and performed redemption work, to the cross! From the bitter lesson drawn from the Pharisees’ failure, we know that the prophecies cannot be interpreted at our will. Often, not until the prophecies are fulfilled, do we know their true meaning, so we should take a right attitude to the prophecies.

Furthermore, we all know that there are many prophecies about the second coming of Jesus Christ in the Bible, and it is not merely “descending with the clouds”. For example, the Lord said, “Behold, I come as a thief” (Revelation 16:15). “And at midnight there was a cry made, Behold, the bridegroom comes; go you out to meet him” (Matthew 25:6). “But of that day and hour knows no man, no, not the angels of heaven, but my Father only” (Matthew 24:36). These words are always read by us but overlooked by most of us. Speaking of “coming like a thief”, it implies coming quietly, secretly. Therefore, from the prophecies recorded in the Bible, we can roughly determine that there should be two kinds of ways in which the Lord shall return. One is to come secretly, and the other appear publicly. Facing two entirely different explanations about the Lord’s second coming, if we only blindly wait for the Lord Jesus to return on the clouds but neglect His coming in secret, we will probably lose the salvation of the Lord!

Think back to when the Lord Jesus came to do His work, just as the Bible says, “Then touched he their eyes, saying, According to your faith be it to you. And their eyes were opened; and Jesus straightly charged them, saying, See that no man know it” (Matthew 9:29-30). In addition, after the Holy Spirit revealed the Lord Jesus to Peter as the Christ, the Son of the living God, the Lord charged the disciples not to tell others. (see Mark 8:29-30; Matthew 17:9) From the facts, we can see that the Lord initially did work secretly, and after the Lord Jesus was nailed to cross to accomplish the redemption of all mankind, was resurrected after three days and showed Himself to disciples, the Lord began to appear publicly. From then on, the gospel of the Age of Grace started to spread to other nations. From this, it can be seen that the Lord Jesus’s work was secret first and became public later. Then, there are two ways in which the Lord will come again in the last days: coming in secret like a thief and descending with the clouds, which entirely confirms with facts, without contradiction.

The Pharisees of that time waited for Messiah but resisted the Lord Jesus, the lesson of the Pharisees is painful. It’s already the last days now, and how should we meet the Lord’s second coming? The Lord Jesus said, “Ask, and it shall be given you; seek, and you shall find; knock, and it shall be opened to you” (Matthew 7:7). “My sheep hear my voice, and I know them, and they follow me” (John 10:27). “Heaven and earth shall pass away: but my words shall not pass away” (Luke 21:33). Now we know that every prophecy about the second coming of Jesus Christ will be fulfilled. We must put aside our notions so that we can recognize the Lord and welcome Him when He comes to do work secretly, that’s to say, when He comes like a thief. I believe that as long as we genuinely long for and seek God’s appearance, we will be surely enlightened and led by God to find His footsteps and keep pace with His work.

Dear brothers and sisters, If you have any understanding or enlightenment from God, welcome to share with us via the online chat window at the bottom of the website or send an email to [email protected]. We sincerely hope we’ll grow spiritually through sharing with each other.

Previous Post Pastors’ Discussion: How to “Watch And Wait” for Jesus’ Return?
Next Post Can You Discern the Words of Satan? - Christian Must Know

Second Coming of Jesus: Do You Know How to Welcome the Lord?

Many believers are longing for the second coming of Jesus, but do you know what should we prepare to welcome His coming? This article will help you find the way.

Signs of Christ’s Return Have Appeared: The Lord Has Returned

Disasters such as earthquakes, famines and plagues have become more and more frequent in recent years. The prophecies in the Bible concerning the comi…

By Jing Xin Seeking Enthusiastically to Be a Wise Virgin One night near dusk, Jia Nan sat beside a desk. Opening the Bible, he began to read, “Then sh…

Answer: This question is of the utmost importance. To accept God’s work of the last days and behold the appearance of God, we must know how to identif…
9:18