The sun set in the evening, enveloping the entire city in an orange glow, and a cool breeze suffused the room. I sat by the window reading the Bible. The Bible says, “Noah was a just man and perfect in his generations, and Noah walked with God” (Genesis 6:9). Noah was called a righteous and perfect man by God, which is always thought-provoking: God asked Noah to build the ark. However God wanted it to be made, he did exactly as God asked. Noah was a person who followed God’s will. But, thinking back on my years of believing in the Lord, I keep His name and way, cast off everything to spread the gospel to testify for the Lord and work hard to shepherd the church. What’s more, I didn’t deny the Lord’s name and betray Him even in the persecution and tribulation. In my point of view, what I have done can be called righteous and I have been carrying out God’s will these years. Beyond a doubt, I finally can be raptured into the kingdom of heaven. After a while, I saw the words of the Lord Jesus in the Bible, “Many will say to me in that day, Lord, Lord, have we not prophesied in your name? and in your name have cast out devils? and in your name done many wonderful works? And then will I profess to them, I never knew you: depart from me, you that work iniquity” (Matthew 7:22-23). I started to wonder whether my opinion was in accordance with the Lord’s will. Isn’t my pursuit good deeds or righteous actions? Afterward, I discussed with my co-workers about this issue, but to no avail.

One day, I read one passage of words from a book, “What Noah did is materially different to what people are doing now. When Noah did as God instructed he didn’t know what God’s intentions were. He didn’t know what God wanted to accomplish. God had only given him a command, instructed him to do something, but without much explanation, and he went ahead and did it. He didn’t try to figure out God’s intentions in private, nor did he resist God or have a double heart. He just went and did it accordingly with a pure and simple heart. Whatever God let him do he did, and obeying and listening to God’s word were his conviction for doing things. That was how straightforwardly and simply he dealt with what God entrusted. His essence—the essence of his actions was obedience, not second-guessing, not resisting, and moreover, not thinking of his own personal interests and his gains and losses. Further, when God said He would destroy the world with a flood, he did not ask when or try to get to the bottom of it, and he certainly did not ask God just how He was going to destroy the world. He simply did as God instructed. However God wanted it to be made and made with what, he did exactly as God asked and also commenced action immediately thereafter. He did it with an attitude of wanting to satisfy God. Was he doing it to help himself avoid the disaster? No. Did he ask God how much longer before the world would be destroyed? He didn’t. Did he ask God or did he know how long it would take to build the ark? He didn’t know that either. He simply just obeyed, listened, and did it accordingly. The people of now are not the same: As soon as a bit of information is leaked through God’s word, as soon as people sense a sign of disturbance or trouble, they will immediately spring into action, no matter what and regardless of the price, to prepare what they will eat, drink, and use in the aftermath, even planning their escape routes when the disaster strikes. Even more interesting is that, at this key moment, human brains are very ‘useful.’ Under circumstances where God has not given any instructions, man can plan for everything very appropriately. You could use the word ‘perfect’ to describe it. As for what God says, what God’s intentions are, or what God wants, no one cares and no one tries to appreciate it. Isn’t that the biggest difference between the people of today and Noah?” (“God’s Work, God’s Disposition, and God Himself I”)

After reading, I was lost in thought, “When Noah accepted God’s commission, he simply obeyed without opposition and suspicion. He didn’t consider how much time and energy it would take him to build an ark or whether his own interests would suffer too much. Instead, he built the ark based on God’s demands without discount. Especially, when Noah was told that God intended to destroy the world with a flood, he neither asked the exact date, nor planned for his future and considered his fate when the ark was finished. He simply just obeyed, listened, and did it accordingly. This should be the reason why Noah was called a righteous and perfect man by God!”

Compared with Noah, I couldn’t help but ask myself, “For many years, do I have pure obedience to the Lord? Is there no doing business with God or demand on payment when I expend for Him?” After reflecting, I have to admit that what I did for God is to be rewarded and enter the kingdom of heaven to enjoy rich blessings, not to satisfy the Lord’s will. I read the Bible every day and spread the gospel, but rarely obey the Lord’s will. When working for the Lord, I would have jealous disputes with my co-workers. Once others were admired by brothers and sisters, I felt really thrown off balance. All of these performances were not to testify for God but to fight for status waving the flag of working for Him. In my work, I took more into account my own position, reputation and future plans. How could I possibly be someone who follows God’s will? Compared with Noah’s righteous deeds, it’s a big difference. How was I qualified to enter the kingdom of heaven? The Lord Jesus said, “Not every one that said to me, Lord, Lord, shall enter into the kingdom of heaven; but he that does the will of my Father which is in heaven” (Mat 7:21). His words clearly told us the standard that God requires of man. Only pursuing to obey God like Noah, can I be raptured into the kingdom of heaven.

Thanks for the Lord’s guidance, I realize that I fall far short of Noah. Deeply corrupted by Satan, I am selfish and base without any obedience in my spending. For this, I want to start over with a clean slate. From now on, I don’t take into account my future or loss. Instead, I will take satisfying God as the principle, and take obeying His orchestrations and arrangements as a heaven-sent vocation. I’m willing to be the one who can truly obey God just like Noah.

The Canaanite Woman’s Faith in God: God Is Still God No Matter How He Treats Me 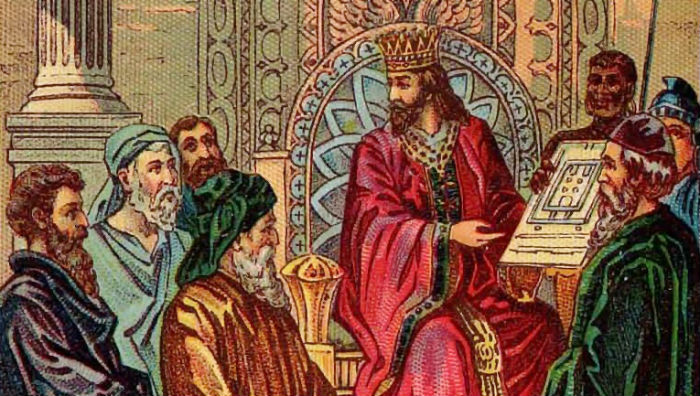 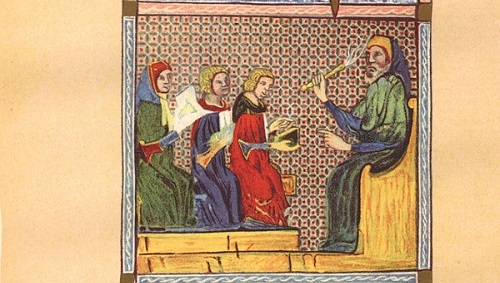 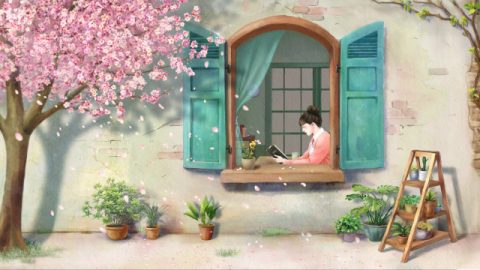 Why Is It Hard for a Rich Man to Enter God’s Kingdom?
By Xiaoliang When I got up early in the morning, I said a prayer, then opened up the Bible and read the following: “And, behold, one came and said to… 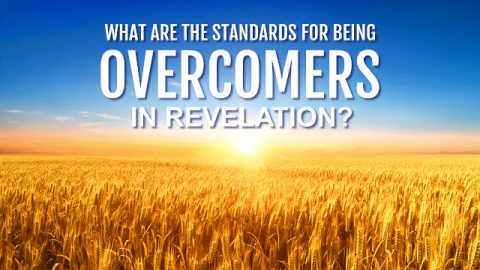 What Are the Standards for Being Overcomers in Revelation?
By Xuezhi When they hear about “overcomers,” most Christians think those who labor and work for the Lord, who can keep the Lord’s name, who can sit i…

What Is the True Meaning of “It Is Finished” Spoken by the Lord Jesus Upon the Cross?
By Weichen It was a morning in early winter. The red sun in the sky was shedding its soft rays. Humming hymns of praise to God, Zhang Yue rode to th… 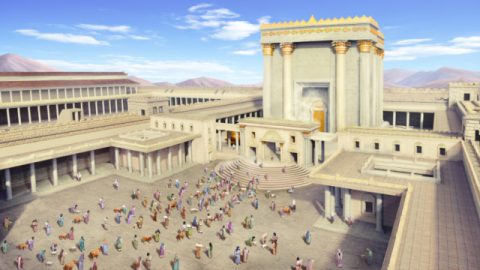 God’s Blessing and Wrath Upon Solomon
By Chunyu God was pleased with King Solomon and bestowed incomparable abundance upon him. After Solomon was born, he received Jehovah God’s favor. Jus…