What kind of inspiration does the attitude and practice of Gamaliel toward the work of the Lord bring to us, who wait to welcome the Lord’s second coming in the last days? And what lessons can we draw from it ? 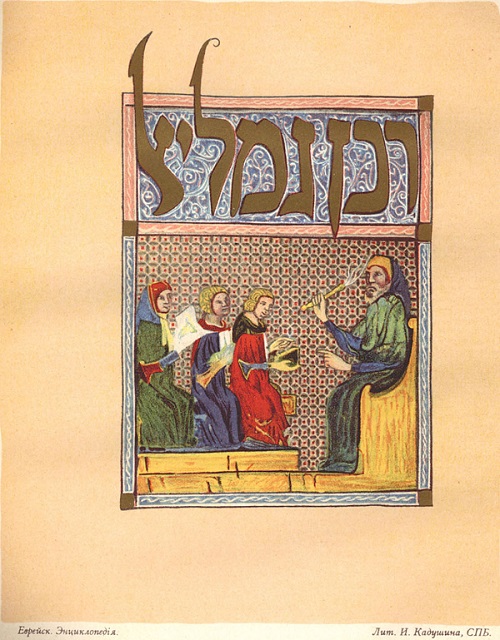 According to Acts 5: 34-39 in the Bible, “Then stood there up one in the council, a Pharisee, named Gamaliel, a doctor of the law, had in reputation among all the people, and commanded to put the apostles forth a little space; And said to them, You men of Israel, take heed to yourselves what you intend to do as touching these men. For before these days rose up Theudas, boasting himself to be somebody; to whom a number of men, about four hundred, joined themselves: who was slain; and all, as many as obeyed him, were scattered, and brought to nothing . After this man rose up Judas of Galilee in the days of the taxing, and drew away much people after him: he also perished; and all, even as many as obeyed him, were dispersed. And now I say to you, Refrain from these men, and let them alone: for if this counsel or this work be of men, it will come tonothing : But if it be of God, you cannot overthrow it; lest haply you be found even to fight against God.”

What kind of inspiration does the attitude and practice of Gamaliel toward the work of the Lord Jesus bring to us, who wait to welcome the Lord’s second coming in the last days? And what lessons can we draw from it ?

When the Jewish leaders, scribes and Pharisees furiously resisted and condemned the Lord Jesus, Gamaliel, a doctor of the Jewish law, did not stand on the side of the Pharisees but stood up and said some words to warn the Pharisees when the apostles of the Lord Jesus were captured, which made the apostles survive from the capture. The message here is that Gamaliel has the sense of a created being. He didn’t hold onto the doctrines of the Old Testament laws to condemn the Lord Jesus like the Pharisees, nor did he arbitrarily judge or blindly condemn on the matter he couldn’t see through. Moreover, Gamaliel thought, if it was the work of men, it would come to nothing as the time went by without being restrained by anyone. If the work was from God, no force could stop it. The work of God will prosper more and more no matter what the obstacle is, and be accepted by more and more people.

Gamaliel did not know that believing in God is far from enough only not to follow the evil and resist God. The true faith approved by God is to listen to God’s voice carefully and follow the footsteps of the work of the Holy Spirit. God is faithful; only when we take the initiative to seek the voice of God and the work of the Holy Spirit piously, God will guide us. The Lord Jesus told us, “Ask, and it shall be given you; seek, and you shall find; knock, and it shall be opened to you” (Matthew 7:7). “Blessed are the poor in spirit: for theirs is the kingdom of heaven” (Matthew 5:3). “Blessed are they which do hunger and thirst after righteousness: for they shall be filled”（Matthew 5:6).

When the Lord Jesus expressed words and worked, Peter the fisherman, the tax collector who didn’t know the Bible, and the woman of Samaria who rose from humble beginnings, all had a yearning, seeking heart for the truth, so they could recognize God’s voice from the words of the Lord, know the expression of the truth, and witness that the Lord Jesus is the appearance of God, the coming Messiah. They timely followed the footsteps of God and gained the watering and shepherding of the Christ in the flesh, so that they could repent and confess before the Lord, and got the huge blessing and grace from the Lord.

The main reason why Gamaliel never came before the Lord Jesus was that, he never knew that to know God and the work of God through identifying His voice is a crucial principle to seek the appearance of God and recognize God’s work. Today, in the last days, we should also keep and practice this principle. The Revelation 2:7 said, “He that has an ear, let him hear what the Spirit says tothe churches.” If we have the chance to hear the news of the second coming of the Lord Jesus, in order not to miss the Lord’s return, will we sit passively and await death like Gamaliel? If there are someone testifying to the utterances of God to churches in the last days, we should actively investigate and seek with humility. Wherever we heard the voice of God, then we pray and seek God. We believe that God’s sheep can recognize His voice, and we believe that God will lead the true believers in God to keep up with His footprints, so as to gain His salvation in the last days.

Bible Character Studies
Previous Post What Kind of Christian Can Really Obtain God’s Approval?
Next Post I Would No Longer Misunderstand Job

By Zhang Jie The sun set in the evening, enveloping the entire city in an orange glow, and a cool breeze suffused the room. I sat by the window read…

By Yaning One day, after a meeting, a sister asked me, “Brother, the Lord Jesus said, ‘No man puts a piece of a new garment on an old; if otherwise, …

The Canaanite Woman’s Faith in God: God Is Still God No Matter How He Treats Me

When facing trials and hardships in real life, is your faith in God growing smaller? Then you need to learn from the faith of the Canaanite woman.

Solomon, the King of wisdom, had countless material wealth. But, he felt not only joyless, but empty in his spirit. What on earth did he truly lack?
9:18