You Are Here:
Home » Bible » Bible Stories » From Abraham to Moses

And God said to Jacob, Arise, go up to Bethel, and dwell there: and make there an altar to God, that appeared to you when you fled from the face of Esau your brother. Then Jacob said to his household, and to all that were with him, Put away the strange gods that are among you, and be clean, and change your garments: And let us arise, and go up to Bethel; and I will make there an altar to God, who answered me in the day of my distress, and was with me in the way which I went. And they gave to Jacob all the strange gods which were in their hand, and all their earrings which were in their ears; and Jacob hid them under the oak which was by Shechem.

And they journeyed: and the terror of God was on the cities that were round about them, and they did not pursue after the sons of Jacob. So Jacob came to Luz, which is in the land of Canaan, that is, Bethel, he and all the people that were with him. And he built there an altar, and called the place Elbethel: because there God appeared to him, when he fled from the face of his brother. But Deborah Rebekah’s nurse died, and she was buried beneath Bethel under an oak: and the name of it was called Allonbachuth.

And God appeared to Jacob again, when he came out of Padanaram, and blessed him.

And God said to him, Your name is Jacob: your name shall not be called any more Jacob, but Israel shall be your name: and he called his name Israel.

And God said to him, I am God Almighty: be fruitful and multiply; a nation and a company of nations shall be of you, and kings shall come out of your loins;

And the land which I gave Abraham and Isaac, to you I will give it, and to your seed after you will I give the land.

And they journeyed from Bethel; and there was but a little way to come to Ephrath: and Rachel travailed, and she had hard labor. And it came to pass, when she was in hard labor, that the midwife said to her, Fear not; you shall have this son also. And it came to pass, as her soul was in departing, (for she died) that she called his name Benoni: but his father called him Benjamin. And Rachel died, and was buried in the way to Ephrath, which is Bethlehem. And Jacob set a pillar on her grave: that is the pillar of Rachel’s grave to this day. And Israel journeyed, and spread his tent beyond the tower of Edar.

And Jacob came to Isaac his father to Mamre, to the city of Arbah, which is Hebron, where Abraham and Isaac sojourned.

And the days of Isaac were an hundred and fourscore years. And Isaac gave up the ghost, and died, and was gathered to his people, being old and full of days: and his sons Esau and Jacob buried him. 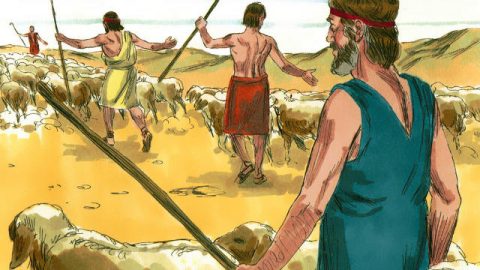 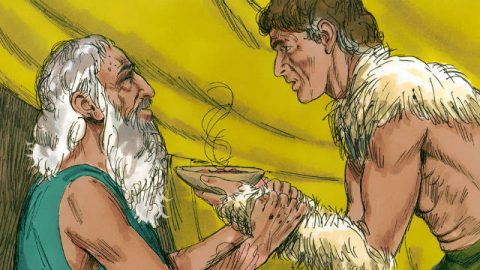 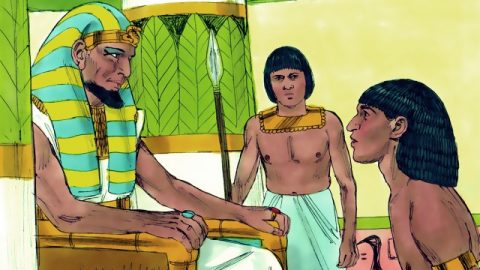 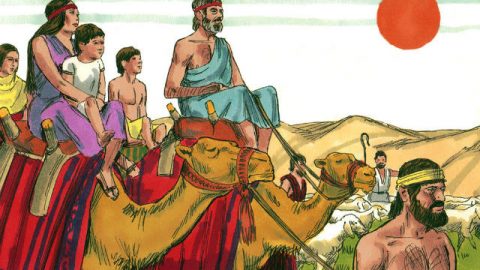 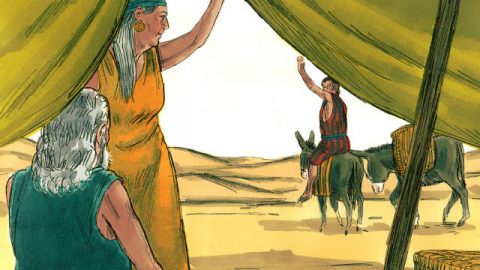 Rachel and Isaac Breaking up - Bible Story
The Stolen Blessing (Genesis 27:30-46) And it came to pass, as soon as Isaac had made an end of blessing Jacob, and Jacob was yet scarce gone out from… 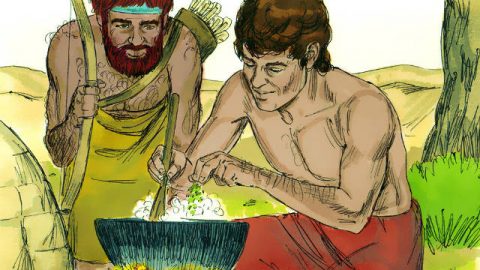 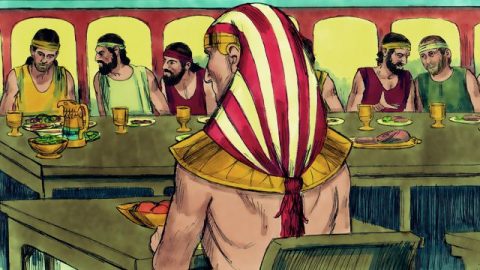