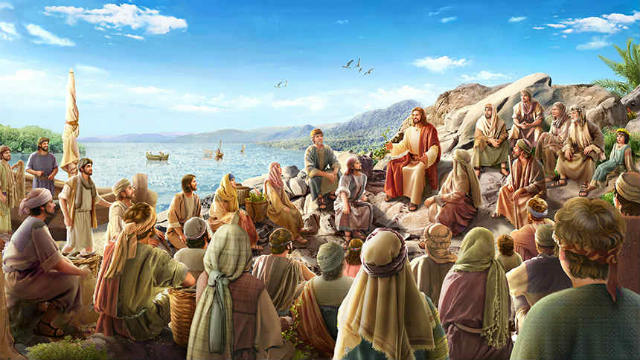 Now when Jesus had heard that John was cast into prison, he departed into Galilee; And leaving Nazareth, he came and dwelled in Capernaum, which is on the sea coast, in the borders of Zabulon and Nephthalim: That it might be fulfilled which was spoken by Esaias the prophet, saying, The land of Zabulon, and the land of Nephthalim, by the way of the sea, beyond Jordan, Galilee of the Gentiles; The people which sat in darkness saw great light; and to them which sat in the region and shadow of death light is sprung up. From that time Jesus began to preach, and to say, Repent: for the kingdom of heaven is at hand. 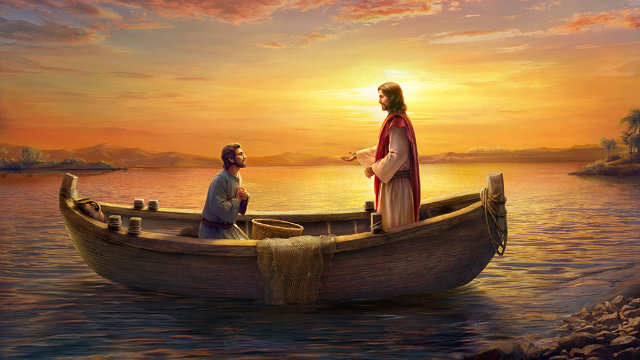 And Jesus, walking by the sea of Galilee, saw two brothers, Simon called Peter, and Andrew his brother, casting a net into the sea: for they were fishers. And he said to them, Follow me, and I will make you fishers of men. And they straightway left their nets, and followed him. And going on from there, he saw other two brothers, James the son of Zebedee, and John his brother, in a ship with Zebedee their father, mending their nets; and he called them. And they immediately left the ship and their father, and followed him. 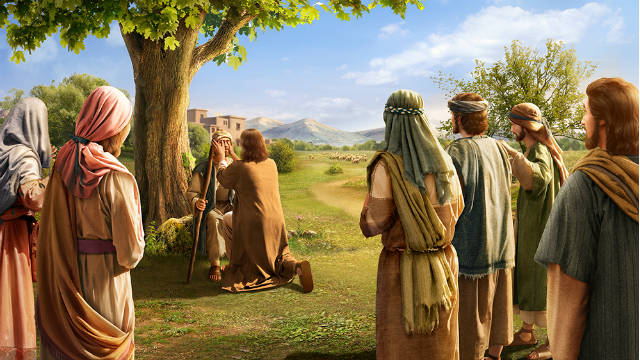 And Jesus went about all Galilee, teaching in their synagogues, and preaching the gospel of the kingdom, and healing all manner of sickness and all manner of disease among the people. And his fame went throughout all Syria: and they brought to him all sick people that were taken with divers diseases and torments, and those which were possessed with devils, and those which were lunatic, and those that had the palsy; and he healed them. And there followed him great multitudes of people from Galilee, and from Decapolis, and from Jerusalem, and from Judaea, and from beyond Jordan.

Jacob's Ladder （Genesis 28:10-17 ) And Jacob went out from Beersheba, and went toward Haran. And he lighted on a certain place, and tarried there all night, because the sun was set; and he took of the stones of that place, and put them for his pillows, and lay down in that place to sleep. […]

Amnon and Tamar (2 Samuel 13:1-22) And it came to pass after this, that Absalom the son of David had a fair sister, whose name was Tamar; and Amnon the son of David loved her. And Amnon was so vexed, that he fell sick for his sister Tamar; for she was a virgin; and Amnon […]

David Serves Saul (1 Samuel 16:14-23) But the Spirit of the LORD departed from Saul, and an evil spirit from the LORD troubled him. And Saul's servants said to him, Behold now, an evil spirit from God troubles you. Let our lord now command your servants, which are before you, to seek out a man, […]