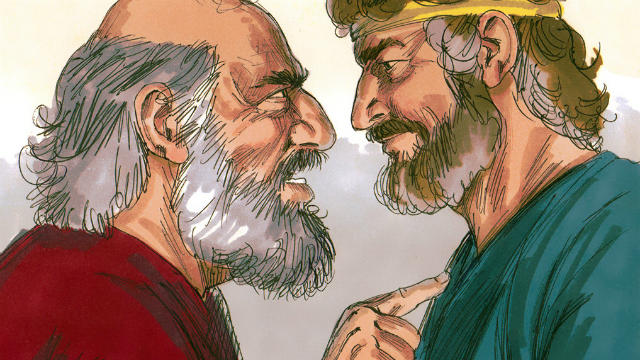 And he heard the words of Laban's sons, saying, Jacob has taken away all that was our father's; and of that which was our father's has he gotten all this glory. And Jacob beheld the countenance of Laban, and, behold, it was not toward him as before. And the LORD said to Jacob, Return to the land of your fathers, and to your kindred; and I will be with you. And Jacob sent and called Rachel and Leah to the field to his flock, And said to them, I see your father's countenance, that it is not toward me as before; but the God of my father has been with me. And you know that with all my power I have served your father. 7And your father has deceived me, and changed my wages ten times; but God suffered him not to hurt me. If he said thus, The speckled shall be your wages; then all the cattle bore speckled: and if he said thus, The ringstraked shall be your hire; then bore all the cattle ringstraked. Thus God has taken away the cattle of your father, and given them to me. And it came to pass at the time that the cattle conceived, that I lifted up my eyes, and saw in a dream, and, behold, the rams which leaped on the cattle were ringstraked, speckled, and spotted. And the angel of God spoke to me in a dream, saying, Jacob: And I said, Here am I. And he said, Lift up now your eyes, and see, all the rams which leap on the cattle are ringstraked, speckled, and spotted: for I have seen all that Laban does to you. I am the God of Bethel, where you anointed the pillar, and where you vowed a vow to me: now arise, get you out from this land, and return to the land of your kindred. And Rachel and Leah answered and said to him, Is there yet any portion or inheritance for us in our father's house? Are we not counted of him strangers? for he has sold us, and has quite devoured also our money. For all the riches which God has taken from our father, that is ours, and our children's: now then, whatever God has said to you, do. 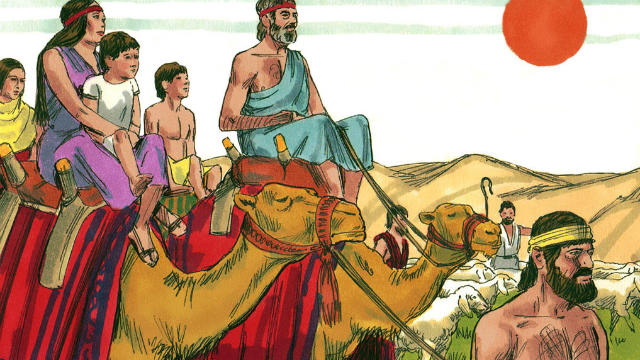 Then Jacob rose up, and set his sons and his wives on camels; And he carried away all his cattle, and all his goods which he had gotten, the cattle of his getting, which he had gotten in Padanaram, for to go to Isaac his father in the land of Canaan. And Jacob stole away unawares to Laban the Syrian, in that he told him not that he fled. So he fled with all that he had; and he rose up, and passed over the river, and set his face toward the mount Gilead.

Jacob Prospers （Genesis 30:25-43 ) And it came to pass, when Rachel had born Joseph, that Jacob said to Laban, Send me away, that I may go to my own p…