Jesus Christ said: “Then shall the kingdom of heaven be likened to ten virgins, which took their lamps, and went forth to meet the bridegroom. And five of them were wise, and five were foolish. They that were foolish took their lamps, and took no oil with them: But the wise took oil in their vessels with their lamps. While the bridegroom tarried, they all slumbered and slept. And at midnight there was a cry made, Behold, the bridegroom comes; go you out to meet him. Then all those virgins arose, and trimmed their lamps. And the foolish said to the wise, Give us of your oil; for our lamps are gone out. But the wise answered, saying, Not so; lest there be not enough for us and you: but go you rather to them that sell, and buy for yourselves. And while they went to buy, the bridegroom came; and they that were ready went in with him to the marriage: and the door was shut” (Matthew 25:1-10). Two thousand years ago, Jesus Christ once told us a very vivid parable about who can enter the kingdom of heaven. He said that only the wise virgins can welcome the bridegroom, and the foolish virgins who haven’t taken oil with them cannot. When I read this parable, I was determined to be a wise virgin to welcome the Lord’s return, and feast with Him. 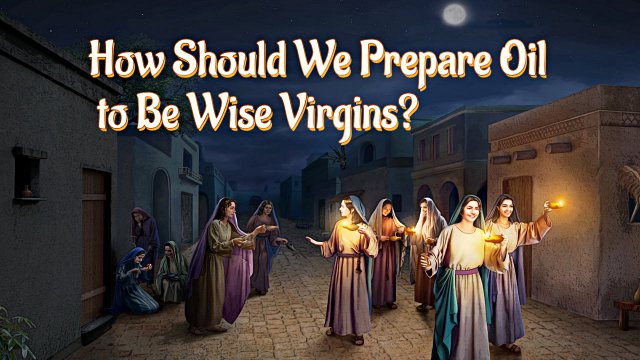 In the few decades of faith in the Lord, I have always been yearning for the Lord to welcome me to the heavenly home and deliver me from this difficult and sinful place, so that I will receive His beautiful promise. I often worked hard at reading the Bible and prayed to the Lord earnestly; I looked for famous preachers who knew the Bible well and listened to them expounding the Bible; I tolerated the ridicule and sarcasm of worldly people; when sickness or adverse things came upon me, I tried to keep myself from following Satan and complaining, for I believed that “he who endures to the end will be saved.” I thought my doing so was preparing oil. However, all these I did never brought any comfort to my heart, and I felt far away from the Lord. I was unable to feel the presence of the Lord even though I often prayed to Him.

Was my preparing oil in this way not in accordance with the Lord’s will? I fell into confusion. One day, I heard a brother’s sermon, and he said: “In the Age of Grace Jesus Christ mentioned wise virgins. What is this mystery? Why is it said that they are wise virgins? It is primarily because they can recognize God’s voice. As soon as they listen, they realize, ‘I felt this man’s words are God’s words, are God’s voice. There’s no way that a person could speak these words; this is the voice of God. So I believe in Him. He is Christ, that is, God has become flesh.’ You see, such is their wisdom. How are the foolish people so foolish? They think, ‘Isn’t this a man? Isn’t this Jesus of Nazareth? Isn’t this just an ordinary person? How can He be God? We won’t believe in Him, and we only believe in the God in heaven.’ Look, doesn’t it show that they do not have spiritual understanding? Yet they believe that their words are right and very reasonable. The result is that God allows these ‘smart’ people to fall prey to their own crafty schemes” (Sermons and Fellowship on Entry Into Life (IX)). His fellowships resolved my confusion. I understood that preparing oil means to be able to listen out for God’s voice, understand God’s words, and accept the truth and submit to God. Only those who can do so are wise virgins.

I was reminded of the fisherman Peter. After hearing the gospel of the kingdom of heaven preached by Jesus Christ, he realized that what Jesus Christ had spoken was the mystery about the kingdom of heaven, and that Jesus Christ was sent by God, so he followed Him. While staying with Jesus Christ, Peter saw that His words could not have been spoken by man, and that the work He did could not have been done by man. From the Lord’s speech and behavior, Peter recognized that He was the Son of the living God. I also thought of the woman of Samaria. When she heard the Lord Jesus say the inmost secrets of her heart, she recognized the Lord, for she knew that only God can know man’s innermost secrets. So she left her water pot and went to tell the people: “Come, see a man, which told me all things that ever I did: is not this the Christ?” (John 4:29). Facing the appearance of God, the disciples and followers of the Lord Jesus could discern that the words He had spoken were the truth and were from God, which could not have been spoken by man. And after hearing God’s voice, they could accept, submit to and follow the Lord. That’s how they prepared oil.

In contrast, those foolish virgins didn’t have a seeking and yearning heart, and they neither sought nor investigated the truth expressed by Christ to see if it was the voice of God. On the contrary, they always defined God’s work by their own notions, treated the incarnate Jesus Christ as an ordinary person, and said that the utterance of God was actually the word of man. As a result, they were rejected by God and lost His salvation. Just like the Pharisees at that time, they didn’t listen carefully to the Lord’s words, blindly judged God to be a man by their conceptions, and even fanatically condemned that the Lord spoke words of blasphemy. Eventually, they were cursed and punished by God because of defying the new work of the Lord.

Then I read these words of the Lord: “I have yet many things to say to you, but you cannot bear them now. However, when he, the Spirit of truth, is come, he will guide you into all truth: for he shall not speak of himself; but whatever he shall hear, that shall he speak: and he will show you things to come” (John 16:12-13). “And at midnight there was a cry made, Behold, the bridegroom comes; go you out to meet him. Then all those virgins arose, and trimmed their lamps” (Matthew 25: 6-7). The scriptures show us that in the future God will come again to speak many more words and tell us His future work . So, when the Lord comes again, I should be a wise virgin. If someone preaches the message on the Lord’s return, I should be watchful and listen to the voice of God, and pray to the Lord more to receive His guidance. I believe that the Lord will guide me to welcome His coming, for the Lord promised: “And I say to you, Ask, and it shall be given you; seek, and you shall find; knock, and it shall be opened to you. For every one that asks receives; and he that seeks finds; and to him that knocks it shall be opened” (Luke 11:9-10). “Behold, I stand at the door, and knock: if any man hear my voice, and open the door, I will come in to him, and will sup with him, and he with me” (Revelation 3:20). Thanks be to the Lord! May the Lord’s kingdom come soon. Hope we can be the wise virgins and welcome the return of Jesus Christ.

For more reading, visit our topic page on Be Ready for Jesus’ Return.

Wise VirginsBe Watchful and Be Ready 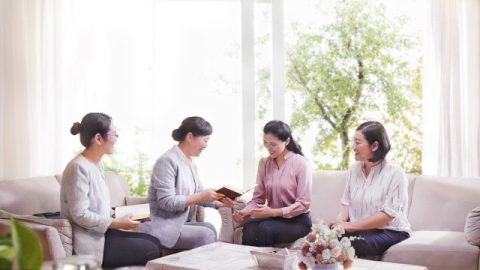 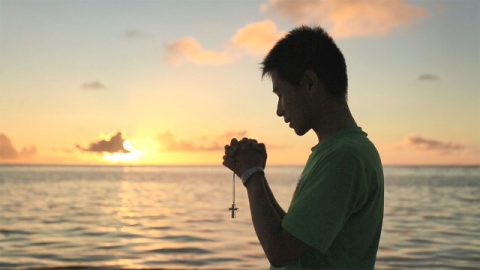 Sermons and Fellowship: Why Are Foolish Virgins Exposed and Eliminated?

How Should We Welcome the Lord’s Return? 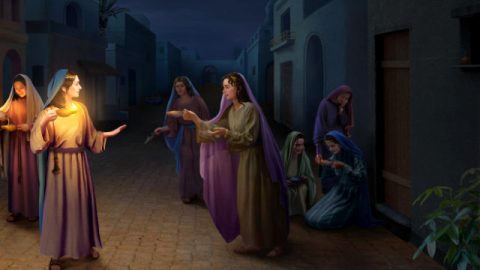 What Truly Are the Foolish Virgins?
Bible Verses for Reference: “Then shall the kingdom of heaven be likened to ten virgins, which took their lamps, and went forth to meet the bridegroo…

Do You Know the Secret to Welcoming the Lord’s Return?
By Guo Jin One morning in early summer, a fiery red sun rose from the east. After breakfast, Zhao Yu remembered that she had made an appointment with… 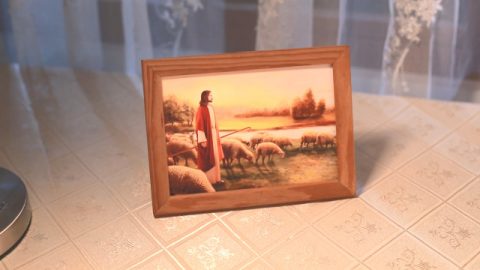 How Do the Wise Virgins Hear the Voice of God and Welcome the Lord?
Bible Verses for Reference: “I have yet many things to say to you, but you cannot bear them now. However, when he, the Spirit of truth, is come, he w…