Explore How to Believe in the Son to Obtain Eternal Life

Now is the end of the last days when the prophecies of the Lord Jesus’ return have all come true, and we expect to be taken into God’s kingdom and obtain eternal life more eagerly, because the Lord Jesus once said, “He that believes on the Son has everlasting life: and he that believes not the Son shall not see life; but the wrath of God stays on him” (John 3:36). All these years we have been repenting our sins, preaching the gospel, and bearing fruits, just as the Lord Jesus asked. Thus, we all feel ourselves most approved by God, and that as long as we hold on to the Lord Jesus’ way, we will surely obtain eternal life. 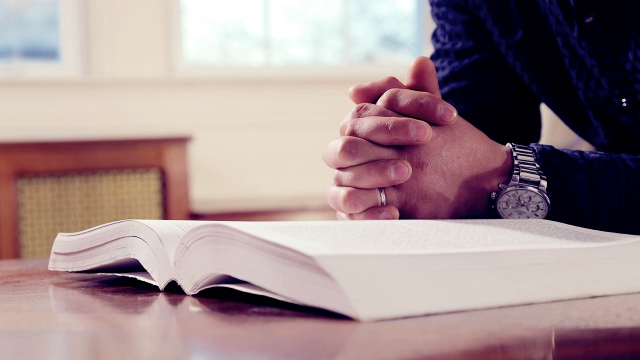 Then, is the opinion, after all, in accordance with God’s will? Regarding this question, let’s think back on what the Lord Jesus did in the Age of Grace. At that time, the Lord Jesus incarnate came among us mankind and brought forth the gospel of the kingdom of heaven, saying, “Repent: for the kingdom of heaven is at hand” (Matthew 4:17). From the Lord’s word, we clearly know that what He brought man was the way of confession and repentance. And, in addition to these teachings, He also gave all his mercy and love to His followers, bestowed sufficient grace upon man, healed the sick, cast out demons, raised the dead…, until eventually He was nailed to the cross for redeeming mankind, thus completing the work of redemption. However, in spite of having received forgiveness of sins from the Lord, we man still live in the vicious cycle of committing and confessing sins. We can still express these corrupt dispositions anywhere and anytime, such as greed, selfishness, arrogance, deceit, and so on, so that we commit sins at any time and any place. For instance, when we labor hard for the Lord for years, we feel we have the capital to flaunt ourselves. Meanwhile, we all enjoy being in a lofty position to have others worship us, and always exalt and testify ourselves. Isn’t this the behavior of our arrogant nature? Such substance is exactly the substance of the Pharisees, with which we always talk big, try every means to be exalted and admired by others in sermons. Not only this, we also have treacherous nature. So, in order to secure our fame and status, we usually act one way in public and another in private, and unwittingly tell lies to deceive and blind man on sundry occasions so as to satisfy our personal desires. This proves that our sinful nature is still deeply rooted within us and thus we can still sin and resist God, that is, we have yet to achieve eternal life, since those who have eternal life are someone whose sins have been cleansed. God’s kingdom is holy, and only those who have been purified are worthy to enter His kingdom. How can we, who often sin, be qualified to enter it? The Lord Jesus never said that man could enter the kingdom of heaven with his sinful nature; while we often absurdly think that as long as we labor, sacrifice for the Lord, and keep the Lord’s name at all times, we will enter it and gain eternal life. However, never have we realized that only pursuing to be purified by the Lord and thereby being thoroughly cleansed is the precondition of being approved by the Lord and raptured into the kingdom of heaven. The Lord Jesus said clearly, “Truly, truly, I say to you, Whoever commits sin is the servant of sin. And the servant stays not in the house for ever: but the Son stays ever” (John 8:34-35). He also demanded, “And said, Truly I say to you, Except you be converted, and become as little children, you shall not enter into the kingdom of heaven” (Matthew 18:3). The Lord Jesus told us plainly that if we man don’t become as simple and honest as children, and don’t break away from sin to be purified, we won’t be able to enter the kingdom of heaven or obtain eternal life.

Then, how will the Lord Jesus’ promise that we will have eternal life be accomplished since we still often commit sins now and have yet to obtain eternal life? When studying the Bible carefully, I read the words of the Lord Jesus, “And if any man hear my words, and believe not, I judge him not: for I came not to judge the world, but to save the world. He that rejects me, and receives not my words, has one that judges him: the word that I have spoken, the same shall judge him in the last day” (John 12:47-48). “I have yet many things to say to you, but you cannot bear them now. However, when he, the Spirit of truth, is come, he will guide you into all truth: for he shall not speak of himself; but whatever he shall hear, that shall he speak: and he will show you things to come” (John 16:12-13). Also, I saw some man’s words of enlightenment of the Holy Spirit, “So Christ was once offered to bear the sins of many; and to them that look for him shall he appear the second time without sin to salvation” (Hebrews 9:28). “Who are kept by the power of God through faith to salvation ready to be revealed in the last time” (1 Peter 1:5).

From the above verses, we know that when the Lord Jesus was first incarnated to do the work of redemption, He took on all the sins of man as the sin offering and thereby redeemed man from the law, so that man would be no longer condemned or cursed by the law and had the qualification and opportunity to come before God to get close, pray, confess, and repent to Him. Nevertheless, we man haven’t gotten free from our sinful nature and can’t enter God’s kingdom yet. Therefore, in the last days the Lord Jesus will come again, express more truths, and do a stage of work of thoroughly judging, purifying, and saving man, in order to solve our sinful nature and have our corrupt disposition completely cleansed and transformed, through which we can obtain eternal life.

The Lord Jesus once said, “My sheep hear my voice, and I know them, and they follow me: And I give to them eternal life; and they shall never perish, neither shall any man pluck them out of my hand” (John 10:27-28). “He that believes on the Son has everlasting life: and he that believes not the Son shall not see life; but the wrath of God stays on him” (John 3:36). We all know that what the Lord Jesus did during the Age of Grace was the redemptive work, and what He preached was the way of repentance. The Lord Jesus is Christ, God Himself, and eternal life. It’s just that only when He comes again, which is to say, the Spirit of truth comes, can the way of eternal life be given to man. Those wise virgins who can recognize the Lord’s voice will obtain it, just as the Lord Jesus said, “And I give to them eternal life; and they shall never perish.” Obviously, when He comes again, He will, still in the image of the incarnate Son of man, bestow life upon man through expressing the truth. God says, “He that believes on the Son has everlasting life.” Provided that we merely hold on to the Lord Jesus’ way of repentance yet don’t accept all the truths brought by the returned Lord, then we can’t be called believers in the Son, much less can we obtain eternal life. Instead, only when we believe in the incarnate Son of man in the last days, moreover, accept all the truths expressed by Him, and receive the judgment and purification of these truths to gain life, can our faith accord with the Lord Jesus’ word, and can the meaning of our belief in the Son be complete. Also, this is the only way for us to obtain eternal life and to be raptured into the kingdom of heaven in the last days. All the enlightenment, illumination, and glory be to God!

Believe in God
Previous Have You Gained Eternal Life? - Seeking the Truth
Next Almighty God’s word says, “Only Christ of the Last Days Can Give Man the Way of Eternal Life.” I remembered what the Lord Jesus once said, “But whoever drinks of the water that I shall give him shall never thirst; but the water that I shall give him shall be in him a well of water springing up into everlasting life” (Jhn 4:14). We already know the Lord Jesus is the source of the living water of life, and the way of everlasting life. Could it be that Almighty God and the Lord Jesus are of the same source? Are Their work and words both of the Holy Spirit? Are Their work done by the same God?

Why Should Mankind Believe in God?

The answer from God’s word: “God created all things, and so He makes all creation come under His dominion, and submit to His dominion; He will command…

“Haoran, have you really started to believe in Eastern Lightning?” asked my mother worriedly. “See? Mom is crying. Is it that your belief in Almighty…

By Li Zhi I, who have believed in God for many years, had always thought that those who believed in God’s existence, could follow God and often pray…