Meditations on Being Saved

Every brother and sister who genuinely believes in the Lord thinks they have been saved through their belief in the Lord Jesus, because the Bible records, “For with the heart man believes to righteousness; and with the mouth confession is made to salvation” (Romans 10:10). So, many brothers and sisters in the Lord believe that “saved by faith” means they are saved forever. Then, does this view agree with God’s words and with the truth? Next, let’s fellowship about what exactly the real meaning of being saved is.

We all know, in the Age of Law, before God asked Moses to lead the Israelites out of Egypt, all Israelites were slaves to the Pharaoh of Egypt and suffered great torture, living a life without freedom, to the extent that their painful cries reached Jehovah God’s ears. Jehovah God didn’t have the heart to let them be mistreated by the Pharaoh. Thereupon He called Moses to lead them out of Egypt and to enter Canaan. As for the Israelites, when they were saved by God from the Pharaoh and broke free from the tyranny of the Pharaoh, they were saved. But it cannot be said that they no longer need the salvation of Jehovah God. Hence before they entered Canaan, Jehovah God issued the law through Moses, making them know how to fear Him, how to serve Him and know how to practice righteousness, how to gain His blessings, what the evil deeds were, and what behavior would be cursed by Him, as well as how to get along with others and how to live and so on. God’s work in the Age of Law put the life of the Israelites onto the right path gradually. Their life was not chaotic anymore. Especially with the law, the Israelites knew what sins were and how to offer sacrifices to God to be free of their own sins. As for the Israelites, they were saved again. 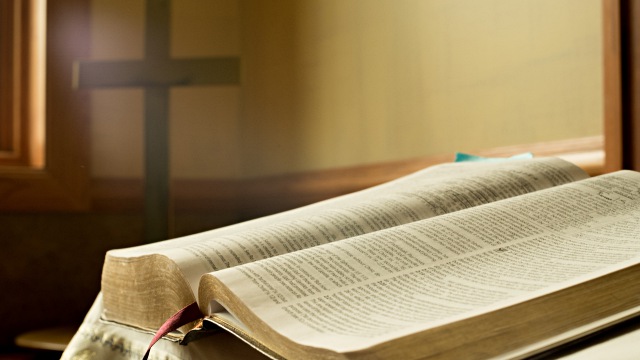 However, at the end of the Age of Law, people failed to keep the law and lost their reverence for God, to the extent that they sacrificed the blind or lame animals on Jehovah God’s altar. If that continued, they would face the danger of being condemned and executed by the law. In order to free us from the threat of death, God was incarnated on earth to do the work of redemption and was crucified as a sin offering for man. As long as we prayed to the Lord Jesus to confess and repent, we would be forgiven of our sins. As such, the sinners under the law were redeemed from Satan’s hand and would not be condemned and executed by the law, living in the grace bestowed by the Lord Jesus. For people under the law, this meant that they were saved again. Just as the Bible says, “There is therefore now no condemnation to them which are in Christ Jesus” (Romans 8:1). “That if you shall confess with your mouth the Lord Jesus, and shall believe in your heart that God has raised him from the dead, you shall be saved” (Romans 10:9). Here, “no condemnation” refers to not being condemned by the law; “you shall confess with your mouth the Lord Jesus, and shall believe in your heart, you shall be saved” here means that when we believe in the Lord Jesus and accept His salvation of the cross, repent and confess our sins, we won’t be executed by the law anymore. Because of our belief in the Lord Jesus, God doesn’t remember our transgressions. This is what it means to be saved. However, we should know that although our sins have been forgiven, yet it does not prove that we have no sins. Our deep-seated root of sin within our nature has not been resolved. Satan’s poisons such as arrogance, self-righteousness, greed, jealousness, hate, evil and selfishness make us live in sin in spite of ourselves. Even though we often confess our sins to the Lord, our sins have not been reduced but constantly increased. And most brothers and sisters cannot live out the glory of the Lord even at home and they make a fuss with relatives owing to some trivial matter. Furthermore, in the church, the co-workers always raise jealousy and strife among themselves. Meanwhile, many people are often lured by the world and then pursue the evil worldly trends and hanker after fleshly enjoyment, living in sin. These phenomena suffice to show that we have not been saved completely. We’re only forgiven of our sins by the Lord Jesus, but He never did the work of thoroughly rooting out man’s sinful nature, therefore, we have not achieved true sanctity.

Thus, “Once saved, always saved” is our notion and imagination and does not conform with the truth at all. What’s more, never did the Lord Jesus say that. His work of redemption is only to teach us how to be patient and humble and how to confess and repent, which only involves some changes in our outward behavior but not the transformation of our nature. So we have not been truly saved according to our current condition.

How Can We Be Truly Saved?

With regard to this issue, I’ve studied many verses. Thank the Lord. I finally found out the answer in the Bible. The verses record, “Who are kept by the power of God through faith to salvation ready to be revealed in the last time” (1 Peter 1:5). “So Christ was once offered to bear the sins of many; and to them that look for him shall he appear the second time without sin to salvation” (Hebrews 9:28). “He that rejects me, and receives not my words, has one that judges him: the word that I have spoken, the same shall judge him in the last day” (John 12:48). The Book of Revelation prophesied, “And I looked, and, see, a Lamb stood on the mount Sion, and with him an hundred forty and four thousand, having his Father's name written in their foreheads. And I heard a voice from heaven, as the voice of many waters, and as the voice of a great thunder: and I heard the voice of harpers harping with their harps: And they sung as it were a new song before the throne, and before the four beasts, and the elders: and no man could learn that song but the hundred and forty and four thousand, which were redeemed from the earth. These are they which were not defiled with women; for they are virgins. These are they which follow the Lamb wherever he goes. These were redeemed from among men, being the first fruits to God and to the Lamb. And in their mouth was found no guile: for they are without fault before the throne of God” (Revelation 14:1-5).

From these verses above, we can see God will very likely do new work in the last days. Moreover, this work probably refers to the work of judgment mentioned in the Bible. Through the judgment, our sins will be cleansed and eventually we will break free from the bondage of sins. Just as the prophecy says, “And in their mouth was found no guile: for they are without fault before the throne of God.” Is it not the symbol of man’s being purified? We can possibly get rid of sinful nature thoroughly at that time. It seems that whether our sinful nature can be purified is related to the work God does. The work Jehovah God and the Lord Jesus did is not the work of removing our sins completely, but is only the work of knowing our sins and confessing sins. Only by accepting God’s judgment and cleansing work can we have the opportunity of fully being saved. Just like the Bible prophesy, “Blessed are they that do his commandments, that they may have right to the tree of life, and may enter in through the gates into the city” (Revelation 22:14). Thank the Lord for His enlightenment. I understand what the real being saved is and the way to be ultimately purified.

Brothers and sisters, that’s all for today’s fellowship. If you have any different understanding or suggestion, please contact us at any time. May all the glory and praise be to God! Amen!

Read more: Without Holiness, Could We Truly Be Saved?

Conditions of Being Saved Final Judgement
Previous Saved by Faith Alone? What Is Being Saved?
Next How Must You Believe in God in Order to Be Saved and Made Perfect?

Why Does the Lord Jesus Judge Man When He Returns? How Will He Judge Man?

One day, during my spiritual devotion, I saw the words of the Lord Jesus: “I am come a light into the world, that whoever believes on me should not ab…

This Is God’s Judgment in the Last Days

April 12  Sunny Today, in the gathering, our pastor read several verses about the judgment of the last days, “And as it is appointed to men once to d…

Why God does not use man to do His work of judgment in the last days, but becomes flesh and does it Himself

Relevant Words of God: The work of judgment is God’s own work, so it must naturally be carried out by God Himself; it cannot be done by man in His ste…

Going Astray and Finding the Way