Many believers in the Lord all think they are ones who please the Lord because they visit, sustain and help brothers and sisters all the time as well as donate frequently. Some think that they must be approved by the Lord because they have forsaken family and career, spread the gospel and shepherded the church for decades. Some believe that they have been transformed since they were forbearing and patient for others and succeeded in not fighting back when reviled or beaten. What’s more, others consider that they have truly changed because they look after their parents with great care and dote on their children at home, able to love others as they love themselves. … 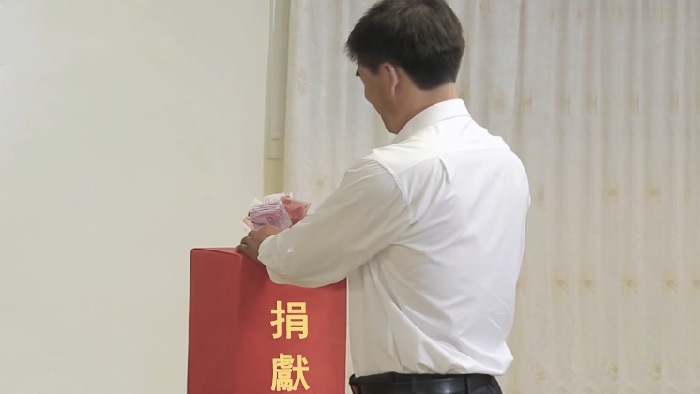 The incarnate Almighty God of the last days comes to express words among men, revealing the root of the problem as well as the truth of this aspect very clearly and thoroughly. Almighty God says: “The essences of changes in disposition and changes in behavior are different, and changes in practice are also different—they are all different in essence. Most people place special emphasis on behavior in their belief in God, as a result of which certain changes occur in their behavior. After they have begun to believe in God, they stop contending with others, insulting and fighting with people, smoking and drinking, and stealing any public property—whether it be but a nail or a plank of wood—and they even go so far as to not take it to the courts whenever they suffer losses or are wronged. Without doubt, they do indeed undergo some behavioral changes. Because, once they believe in God, accepting the true way makes people feel especially good, and because they have also now tasted the grace of the work of the Holy Spirit, they are particularly fervent, and there is even nothing that they cannot forsake or suffer. Nevertheless, after having believed for three, five, ten, or thirty years, because there has been no change in their life dispositions, they end up sliding back into old ways; their arrogance and haughtiness grow more pronounced, they begin to compete for power and profit, they covet the church’s money, they do anything that serves their own interests, they crave status and pleasures, and they have become parasites of God’s house. In particular, most of those who serve as leaders are abandoned by people. And what do these facts prove? Mere behavioral changes are unsustainable; if there is no alteration in people’s life dispositions, then sooner or later, their vicious sides will show themselves. Because the source of the changes in their behavior is fervor, coupled with some work by the Holy Spirit at the time, it is extremely easy for them to become fervent or to exhibit temporary kindness. As the unbelievers say, ‘Doing one good deed is easy; what’s hard is doing a lifetime of good deeds.’ People are incapable of doing good deeds throughout their entire lives. One’s behavior is directed by the life; whatever one’s life is, so is one’s behavior, and only that which is revealed naturally represents the life, as well as one’s nature. Things that are fake cannot last.” “Behaving well is not the same as submitting to God, much less does it equal being compatible with Christ. Changes in behavior are based on doctrine and born of fervor; they are not based upon true knowledge of God or upon the truth, much less do they rest upon guidance from the Holy Spirit. Even though there are times when some of what people do is directed by the Holy Spirit, this is not an expression of the life, much less is it the same as knowing God; no matter how good a person’s behavior is, it does not prove that they have submitted to God or that they put the truth into practice. Behavioral changes are but a momentary illusion; they are but manifestations of zealousness. They cannot be counted as expressions of the life” (“The Difference Between External Changes and Changes in Disposition” in Records of Christ’s Talks).

From God’s words, we know that although we can expend, give up things, and do much work for God, and can help others outwardly rather than curse and struggle with others, our sinful nature is still within us, such as arrogance and conceit, crookedness and craftiness, practicing fraud and lies and deceptions…. With these corrupt dispositions, man can still resist God at any time. When God’s work isn’t aligned with our will, we will have conceptions about God and even judge Him. We say with our mouth that we are willing to satisfy and love God, but when we meet misfortunes and family troubles, we will misunderstand and complain against Him. In addition, while we shepherd the church and spread the gospel, we exalt and testify ourselves in all aspects in order for people to look up to and endorse. We can expend and abandon things in order to make a deal with God in exchange for entering the kingdom of heaven and getting rewards and receiving blessings. … All of these are the facts recognized by believers in the Lord for years. So the external changes in man’s behavior don’t mean the changes in his disposition.

This makes me think of the Pharisees of that time, who served Jehovah God in the temple generation after generation, traveled over sea and land to spread the gospel and expound on the law. They made prayers standing at crossroads frequently and sewed the verses of the law on the sleeves of their clothes. Their outward good deeds and devoutness were blameless, but they secretly devoured widows’ houses and killed prophets and righteous men. Hence, the Lord Jesus cursed the hypocritical Pharisees and denounced seven woes against them. And when the Lord Jesus came to do the work of redemption for mankind, they did not know God’s work. They resisted Him and His work under the excuse that the Lord Jesus’ work had transcended the law of the Old Testament, and then made rumors, saying that He was an illegitimate son, a man, not God. Even after the Lord Jesus’ resurrection, they taught the soldiers to tell a lie that His body was stolen by someone. Besides the great sin of crucifying the Lord Jesus, another great evil deed of the Pharisees was to compete with God for His chosen people and status. Despite that the Lord Jesus had worked in Israel for over three years, He didn’t gain the Jewish religion and only a few people believed in Him among the whole Judaism. It was mainly because God’s chosen people were controlled firmly under their influence. They refused to seek and accept the Lord Jesus’ work. Moreover, they didn’t allow the Jewish people to believe in the Lord Jesus. As a result, the Lord Jesus cursed them, “Woe to you, scribes and Pharisees, hypocrites! for you compass sea and land to make one proselyte, and when he is made, you make him twofold more the child of hell than yourselves” (Matthew 23:15). From the Lord Jesus’ dissection and curse of the substance of the Pharisees being hypocritical and in enmity of God, can we still say that in believing in God, good behavior means a true transformation in disposition?

How can man then be transformed in his disposition? Almighty God says, “Some external changes might occur, and they might do a few good deeds. However, this is not the same as achieving a transformation of disposition. If you do not possess the truth and your view of things has not changed, even to the point of being no different from that of unbelievers, and if your values and outlook on life have not altered, either, and if you do not even have reverence for God—which is the very least that you should possess—then you are nowhere close to having achieved a change in disposition. To achieve a change in disposition, the most key thing is to pursue understanding of God and to have a true understanding of Him.” “When God works to save man, it is not to adorn man with good behavior—the purpose of God’s work is to transform people’s dispositions, to make them reborn into new people. Thus, God’s judgment, chastisement, trials, and refinement of man all serve to change his disposition so that he may achieve absolute submission and devotion to God, and come to worship Him normally. This is the aim of God’s work” (“The Difference Between External Changes and Changes in Disposition” in Records of Christ’s Talks).

We see from God’s words that knowing God’s work is the only pathway for man to change his disposition. In other words, only when man accepts God’s work of judgment in the last days, experiences His judgment, chastisement, trials and refinements, and thus gains real knowledge of God’s disposition, what He has and is and attains a true fear of God; when he has cast away his corrupt dispositions of arrogance, selfishness, craftiness and evil and gets purified and changed; when his outlook on both life and values truly changes and he is able to live according to God’s words, can he then be said to have changes in his life disposition and have true changes. For example, when serving God in performing duty, he cares neither how others think about him nor how they judge him but instead can testify and exalt God in all things. He can love what God loves and hate what God hates: He rejects and hates Satan and antichrists, while offering his support and help to those who God wants to save. He has a right outlook on both life and values and doesn’t covet fleshly enjoyments or blindly seek eating, drinking and carousing any more. He takes carrying out God’s will as his bounden duty in everything and obeying God’s orchestrations and arrangements as a heaven-sent vocation. He truly becomes a man who fears God and shuns evil. This is a true transformation of disposition, and he is one commended by God.

Previous Pastors all understand the Bible and know God. Then why has the work of God incarnate in the last days been resisted by the majority of pastors?
Next Why Are So Many Churches Hungry and Desolate?

How to Discern Between the True and False Christs: 2 Must-Know Keys

Matthew 24:3–8 says, “And as He sat on the mount of Olives, the disciples came to Him privately, saying, Tell us, when shall these things be? and what…

Do You Know the Wisdom of Investigating the True Way?

It is now the crucial moment of welcoming the Lord. In all the world, only The Church of Almighty God is testifying that the Lord Jesus has returned a…

How to Resolve Our Anger and Interact With Others Normally

Question: When I am interacting with friends and family and come across a situation that irritates me, I tend to become very angry and expose hot bloo…