Bible Verses on the 6 Prophecies Have Been Fulfilled: Giving Us Revelation

Now, it is the end of the last days. Many brothers and sisters, who truly believe in the Lord and wait for His return, must have such questions: The Lord Jesus has said, “And, behold, I come quickly” (Revelation 22:12). He has promised us to return, so has He come back yet? How can we know whether He has returned or not?

1. The Occurrence of All Sorts of Disasters

One of the signs of the Lord’s return is that disasters will occur all over the world. Just as Matthew 24:6–8 say: “And you shall hear of wars and rumors of wars: see that you be not troubled: for all these things must come to pass, but the end is not yet. For nation shall rise against nation, and kingdom against kingdom: and there shall be famines, and pestilences, and earthquakes, in divers places. All these are the beginning of sorrows.”

In recent years, disasters are getting worse and worse all over the world—earthquakes, wildfires, famines, and plagues occur frequently and are widespread; the world is in a state of constant upheaval and turmoil, with wars, violence and terrorist attacks on the rise. For example, the coronavirus-infected pneumonia, which occurred in Wuhan, China at the end of 2019, has spread to many countries around the world, causing a serious situation. The United States saw an outbreak of a deadly flu, which resulted in many deaths. Australia’s bushfires have lasted for several months since September 2019, causing significant damage and loss. East Africa suffered its worst invasion of desert locusts in 25 years, which led to food crisis in many African nations. In November 2019, the worst flood in 50 years hit Venice, Italy, with 80% of the city flooded. At the beginning of 2020, a blizzard rarely seen in a century struck Newfoundland, Canada. Torrential rains flooded Indonesia. There were also earthquakes in Kuril Islands, in Elazig, Turkey, in the Caribbean near Cuba, and in other places.

2. The Love of Believers Shall Become Cold

Matthew 24:12 records: “And because iniquity shall abound, the love of many shall wax cold.” Nowadays, in all religions and denominations, believers in general lust for worldly things and take no thought to working for the Lord. Some of them are engaged in business, and some run factories and are busy with making money. Moreover, some pastors and elders scheme against one another and have jealous disputes with each other. They even form factions, separate into their own cliques, steal offerings, and commit adultery. Followers become colder and colder in their faith and love and churches are becoming more and more desolate now.

But the end of all things is at hand: be you therefore sober, and watch to prayer.1 Peter 4:7
Frequent disasters occur in the last days. How should we watch and wait to welcome the Lord?


3. The Return of Israel

Matthew 24:32–33 say: “Now learn a parable of the fig tree; When his branch is yet tender, and puts forth leaves, you know that summer is near: So likewise you, when you shall see all these things, know that it is near, even at the doors.” Luke 21:29–32 record: “And He spoke to them a parable; Behold the fig tree, and all the trees; When they now shoot forth, you see and know of your own selves that summer is now near at hand. So likewise you, when you see these things come to pass, know you that the kingdom of God is near at hand. Truly I say to you, This generation shall not pass away, till all be fulfilled.” In May 1948, Israel was restored. Shortly after David Ben-Gurion announced the establishment of Israel in Tel Aviv on May 14, 1948, Soviet Union recognized it quickly and set up an embassy there on May 26, and later supported Israel in many ways. On May 11, 1949, Israel was accepted officially as a member of the United Nations with the support of the Soviet Union and the United States.

Matthew 24:29 says: “Immediately after the tribulation of those days shall the sun be darkened, and the moon shall not give her light, and the stars shall fall from heaven, and the powers of the heavens shall be shaken.” Astronomers frequently publish news of stars falling, new stars appearing, and regular sight of meteor crash. At 9:15 a.m. of February 15, 2013, Chelyabinsk, Urals Federal region, Russia, was hit by an asteroid, and a huge shock wave and explosion caused 1,491 people injured and plenty of glass broken. It was said by scientists that the diameter of the asteroid was about 15 meters and that it weighed about 7,000 metric tons. This has fulfilled the prophecy “the stars shall fall from heaven.” On May 17, 2016, a meteor streaked across New England sky, turning night into daylight. In January 2018, a super blue blood moon occurred in the sky. Prior to this, a series of blood moons had appeared. All this has fulfilled the prophecy “fearful sights and great signs shall there be from heaven.”

5. The Gospel Shall Be Preached to the Ends of the Earth

6. The Appearance of False Christs

Matthew 24:23–26 say: “Then if any man shall say to you, See, here is Christ, or there; believe it not. For there shall arise false Christs, and false prophets, and shall show great signs and wonders; so that, if it were possible, they shall deceive the very elect. Behold, I have told you before. Why if they shall say to you, Behold, He is in the desert; go not forth: behold, He is in the secret chambers; believe it not.” As we know, deception from false Christs has now occurred in the religious communities of many countries. For example, in South Korea, many are deceived into following false Christs due to lack of discernment. All false Christs can do is to perform some simple signs and wonders and preach some specious fallacies to deceive others. They simply can’t express the truth to resolve man’s problem of committing sins and then confessing, nor can they save mankind from corruption. According to the prophecies of the Bible, when the Lord Jesus returns to do His work, there will inevitably be many false Christs and deceivers who will appear at the same time trailing and disturbing God’s work. Therefore, when false Christs appear, God has actually already returned and arrived in secret. It’s just that we don’t know it.

• How to Discern Between the True and False Christs: 2 Must-Know Keys

• Knowing How to Discern the True Christ and False Ones, I Welcomed the Lord’s Return

The facts above are enough to show us that the biblical prophecies of the Lord’s return have basically come true, from which we know the Lord has already come back. Many people, however, will surely ask: “Since the Lord has come back, why haven’t we welcomed Him?” Have you ever thought that there could be some deviations in welcoming the return of the Lord? Regarding the return of the Lord, many people take guarding against false Christs as their number one priority. They think any preaching that says the Lord has come is false and they don’t seek how to be wise virgins and welcome the Lord’s return. The Lord Jesus has prophesied, “I have yet many things to say to you, but you cannot bear them now. However, when He, the Spirit of truth, is come, He will guide you into all truth: for He shall not speak of Himself; but whatever He shall hear, that shall He speak: and He will show you things to come” (John 16:12–13). In Revelation, “He that has an ear, let him hear what the Spirit says to the churches” is mentioned many times, and Revelation also prophesies, “Behold, I stand at the door, and knock: if any man hear My voice, and open the door, I will come in to him, and will sup with him, and he with Me” (Revelation 3:20). These prophecies show that when the Lord returns, He shall yet speak more words. Therefore, if we wish to welcome the Lord’s appearance and work, we must seek God’s voice. If we hear a particular church testifying that the Lord has returned and uttered new words, we should seek humbly, and if we recognize God’s voice, we should waste no time in accepting it. This way, we won’t miss the opportunity to welcome the Lord’s coming.

Blessed are those who welcome the Lord’s return when hearing God’s voice. Woe to those who only believe after they see the Lord coming in a cloud. Want to learn more?

• Don’t Become a Doubting Thomas in Welcoming the Lord

• The Days of Noah Have Come: The Son of Man Has Appeared

• Signs of Christ’s Return Have Appeared: The Lord Has Returned

• Finding the Church With the Holy Spirit’s Work, I Welcome the Lord 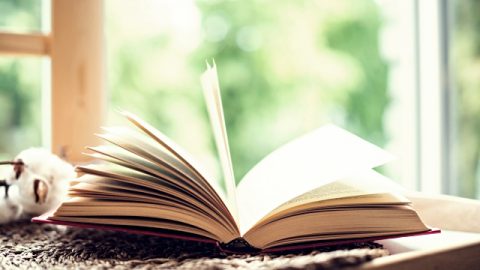 How Should We Treat Bible Prophecies in Line With God’s Will? 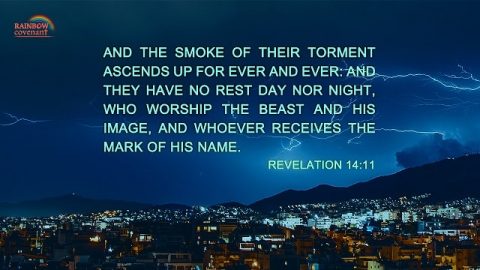 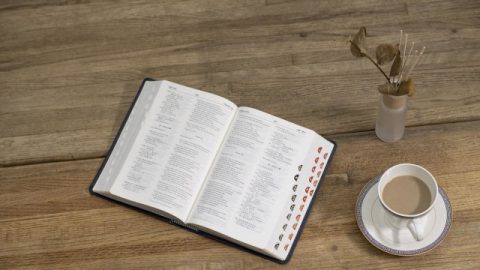 Defend the Truth with Life | Gospel Film "Honor and Dishonor" 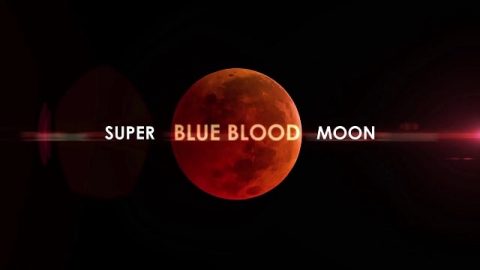 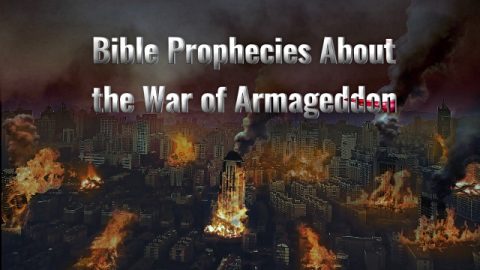 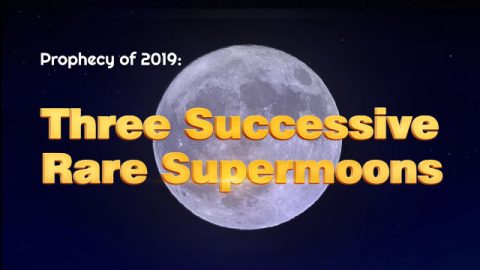 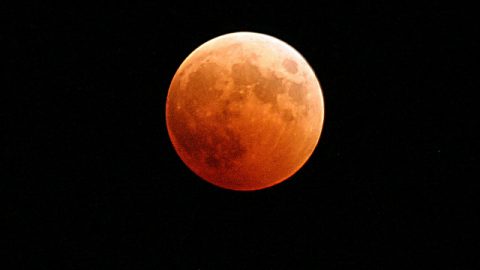 Longest Eclipse in Century—(Rare) Blood Moon Will Reappear
Blood Moon to Reappear The rare celestial event—total lunar eclipse, will reappear at 20:22:54 UTC on the night of July 27th, 2018. According to Wik…