The New Testament records: “Neither is there salvation in any other: for there is none other name under heaven given among men, whereby we must be saved” (Acts 4:12). “Jesus Christ the same yesterday, and to day, and for ever” (Hebrews 13:8). So, I thought that the Lord Jesus was the name of God, which would never change. But I recalled that the Old Testament says: “I, even I, am Jehovah; and beside me there is no savior” (Isaiah 43:11). “This is my name for ever, and this is my memorial to all generations” (Exodus 3:15). In the Age of Law, God personally told people that Jehovah was His name forever, and that apart from Him there was no Savior. However, why did God’s name become Jesus when He was incarnated to do the work of redemption in the Age of Grace? Which one is God’s name, Jehovah or Jesus? These questions puzzled me for a long time. 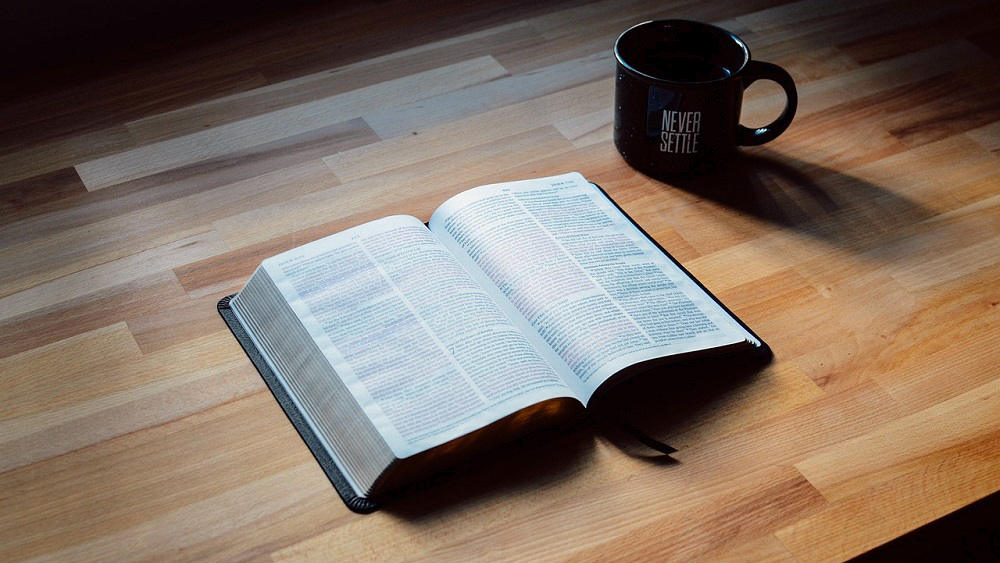 After the co-worker fellowshiped about God’s words with me, I then realized that God does different work in different ages and takes different names which have their own particular significance. He uses His name to change the age and represent the age. When God’s work of saving mankind moves forward, His name will change accordingly. Just as the name Jehovah represents the work of God in the Age of Law. In that age, God issued the laws to guide the life of the Israelites on earth and expressed His man-pitying, man-cursing disposition. The name Jehovah represents the God who possesses great power and is full of wisdom. In the Age of Grace, God did a new work, so He changed His name, which was not Jehovah but Jesus. God used the name Jesus to represent His work in the age of Grace of redeeming mankind. The Lord Jesus bestowed abundant grace upon man and expressed His disposition of mercy and love. From the fact that God’s name changed from Jehovah to Jesus, it can be seen that God’s name is not eternally unchanging, but changes along with the transition of the age.

After coming to this realization, I thought: “The Lord Jesus promised that He shall come again. So, will His name change when He returns?” Then I raised this question.

My co-worker answered with certainty, “God’s name will surely change when the Lord returns in the last days. Let’s take a look at the prophecies in Revelation. ‘He that has an ear, let him hear what the Spirit says to the churches; To him that overcomes will I give to eat of the hidden manna, and will give him a white stone, and in the stone a new name written, which no man knows saving he that receives it’ (Revelation 2:17). ‘Him that overcomes will I make a pillar in the temple of my God, and he shall go no more out: and I will write on him the name of my God, and the name of the city of my God, which is new Jerusalem, which comes down out of heaven from my God: and I will write on him my new name’ (Revelation 3:12). These words prophesy that when the Lord Jesus returns, He will have a new name. Since it’s a new name, it can neither be Jesus nor Jehovah. Then what will be His new name? Revelation 15:3 records: ‘And they sing the song of Moses the servant of God, and the song of the Lamb, saying, Great and marvelous are your works, Lord God Almighty; just and true are your ways, you King of saints.’ Revelation 1:8 says: ‘I am Alpha and Omega, the beginning and the ending, said the Lord, which is, and which was, and which is to come, the Almighty.’ And God’s words say, ‘And so, when the final age—the age of the last days—arrives, My name shall change again. I shall not be called Jehovah, or Jesus, much less the Messiah—I shall be called the powerful Almighty God Himself, and under this name I shall bring the entire age to an end. I was once known as Jehovah. I was also called the Messiah, and people once called Me Jesus the Savior with love and esteem. Today, however, I am no longer the Jehovah or Jesus that people knew in times past; I am the God who has returned in the last days, the God who shall bring the age to an end. I am the God Himself that rises up from the end of the earth, replete with My entire disposition, and full of authority, honor, and glory.’ From the prophecies and God’s words, we can see that God indeed has a new name in His work of the last days. This name is the Almighty, that is, Almighty God. Though Jehovah, Jesus and Almighty God are called differently, They are one God, who is, and who was, and who is to come, the Almighty.”

This fellowshiping made me suddenly see the light. It turns out that the name of the Lord Jesus will change when He returns, and that Revelation has already prophesied the new name of the returned Lord.

Later on, my co-worker found two passages of God’s words for me to read: “God’s wisdom, God’s wondrousness, God’s righteousness, and God’s majesty shall never change. His essence and what He has and is shall never change. As for His work, however, it is always progressing in a forward direction, always going deeper, for He is always new and never old.” “There are those who say that God is immutable. That is correct, but it refers to the immutability of God’s disposition and His essence. Changes in His name and work do not prove that His essence has altered; in other words, God will always be God, and this will never change.”

When I finished reading, my co-worker gave fellowship, saying, “We see from these two passages that God takes a new name in each age of His work: In the Age of Law, God was called by the name of Jehovah; in the Age of Grace, God’s name was Jesus; when He comes to work in the last days, God is called Almighty God. But no matter how God’s name changes, His substance never alters, and His disposition that is primarily righteousness, His holy and good essence, His almightiness and wisdom, as well as what He has and is, won’t change. God said, ‘I, even I, am Jehovah; and beside me there is no savior’ (Isaiah 43:11). Hebrews 13:8 states: ‘Jesus Christ the same yesterday, and to day, and for ever.’ These verses truly mean that the inherent disposition of God and what He has and is will never change. They don’t mean that God’s name will remain forever unchanged as we imagine. If we hold on to such conceptions, then we are misinterpreting God’s words. As a result, we will define God and His work, and even directly resist God according to our conceptions and imaginations. Let’s recall the time when the Lord Jesus came to do His work in the Age of Grace. Because the Israelites under the law didn’t know God’s substance, they held on to the false understanding of the words ‘I, even I, am Jehovah; and beside me there is no savior.’ They didn’t allow God to change His name and condemned the Lord Jesus, for in their hearts only Jehovah could be their God and their Savior. When God changed the age and did a new work to save them in the name of Jesus, they didn’t know that what the Lord Jesus expressed is the truth and is God’s disposition and all that He is, much less did they know the essence of the Lord Jesus’ work or the change of the Holy Spirit’s work. They never thought the Lord Jesus was God incarnate who came to earth. Although God’s name changed and He was not called Jehovah, the Lord Jesus was the Spirit of Jehovah becoming flesh to do the work of redemption in the name of Jesus.”

After that, my co-worker let me read another passage of God’s words, “The day will arrive when God is not called Jehovah, Jesus, or Messiah—He will simply be the Creator. At that time, all the names that He has taken on earth shall come to an end, for His work on earth will have come to an end, after which His names shall be no more. When all things come under the dominion of the Creator, what need has He of a highly appropriate yet incomplete name? Are you still seeking after God’s name now? Do you still dare to say that God is only called Jehovah? Do you still dare to say that God can only be called Jesus? Are you able to bear the sin of blasphemy against God? You should know that God originally had no name. He only took on one, or two, or many names because He had work to do and had to manage mankind. Whatever name He is called by—did He not freely choose it Himself?”

Through God’s words and my co-worker’s fellowship, I understood that God is God and He had no name in the beginning. It is due to the needs of His work that He adopts different names in different ages. But the names will be no more after the conclusion of His management work. God is the Creator, the only true God from everlasting to everlasting. No matter when, God is always God Himself who saves us.

After reading this article, if you have any gains to share or any questions about God’s name to ask, feel free to click the button at the bottom right corner of the screen to contact us or read the following content. 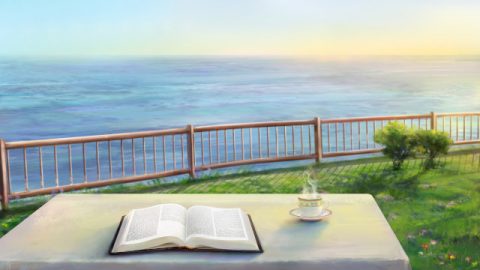 Meaning of the Name of God
Previous Do You Know the Meaning of God Taking Different Names?
Next Will There Be a New Name of God When the Lord Returns in the Last Days?

When it comes to God’s name, some brothers and sisters say that God’s name is Jehovah, for it is written in the Bible: “Jehovah … is My name for ever,…

It’s Prophesied in Revelation 3:12 That the Lord Shall Have a New Name Upon His Return

The alarm clock on my table showed that it was 11:05pm. I had a habit whereby, every night before bed, I would read a verse of the Scriptures. Normall…

What Is the Meaning of the Name of Jesus Christ?

In the last fellowship, we shared Do You Know the Origin and Meaning of the Name Jehovah? Afterward, we received letters from some brothers and sister…

God’s New Name Prophesied in Revelation. A Commentary on John 14:23

And I will write on him the name of My God, and the name of the city of My God, which is new Jerusalem, which comes down out of heaven from My God: an…