What Is the Spiritual World?

Among mankind, I categorize all people into three types. The first type is the unbelievers, who are those without religious beliefs. They are called unbelievers. The overwhelming majority of unbelievers only believe in money, they only pursue their own interests, they are materialistic, and they only believe in the material world, not the cycle of life and death, or any sayings about deities and ghosts. I categorize them as the unbelievers, and they are the first type. The second type is the various people of faith apart from the unbelievers. Among mankind, I divide these people of faith into several major types: The first are Jewish, the second are Catholic, the third are Christian, the fourth are Muslim, and the fifth are Buddhist—there are five types. These are the various types of people of faith. The third type is those who believe in God, which relates to you. Such believers are those who follow God today. These people are divided into two types: God’s chosen people and service-doers. These main types have been clearly differentiated. So now, in your minds you are able to clearly differentiate the types and rankings of humans, right? The first is the unbelievers—I’ve said what the unbelievers are. Do those who believe in the Old Man in the Sky count as unbelievers? Many unbelievers only believe in the Old Man in the Sky; they believe that the wind, rain, and thunder are all controlled by this Old Man in the Sky, whom they rely on for the planting of crops and the harvest—yet at the mention of the belief in God they become unwilling. Can this be called belief in God? Such people are included in the unbelievers. You understand this, right? Don’t mistake these categories. The second type is people of faith. The third type is those who follow God today. And why have I divided all humans into these types? (Because various types of people have a different end and destination.) That’s one aspect. Because, when these different races and types of people return to the spiritual world, they will each have a different place to go, they will be subject to different laws of the cycle of life and death, and this is the reason why I have categorized humans into these major types. 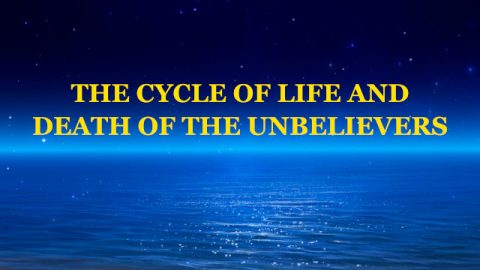 The Cycle of Life and Death of the Unbelievers

On the Third Day, the Words of God Give Birth to the Earth and the Seas, and the Authority of God Causes the World to Brim With Life
Next let us read the first sentence of Genesis 1:9-11: “And God said, Let the waters under the heaven be gathered together to one place, and let the d…

God Creates Eve
(Gen 2:18-20) And Jehovah God said, It is not good that the man should be alone; I will make him an help meet for him. And out of the ground Jehovah G…