What is being saved? What is attaining full salvation?

“For this is My blood of the new testament, which is shed for many for the remission of sins” (Mat 26:28).

“Not every one that said to Me, Lord, Lord, shall enter into the kingdom of heaven; but he that does the will of My Father which is in heaven” (Mat 7:21). 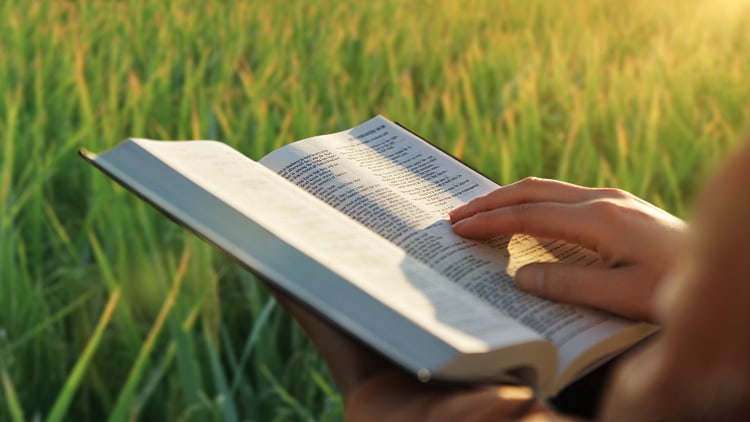 At the time Jesus’ work was the redemption of all mankind. The sins of all who believed in Him were forgiven; as long as you believed in Him, He would redeem you; if you believed in Him, you were no longer a sinner, you were relieved of your sins. This is what it meant to be saved, and to be justified by faith. Yet in those who believed, there remained that which was rebellious and opposed God, and which still had to be slowly removed. Salvation did not mean man had been completely gained by Jesus, but that man was no longer of sin, that he had been forgiven his sins: Provided you believed, you would never more be of sin.

Mankind had only to accept the Lord Jesus as the Savior, and his sins would be forgiven. Nominally speaking, the sins of man were no longer a barrier to his achieving salvation and coming before God, and were no longer the leverage by which Satan accused man. That is because God Himself had done real work, had become the likeness and foretaste of sinful flesh, and God Himself was the sin offering. In this way, man descended from the cross, and was redeemed and saved through the flesh of God—the likeness of this sinful flesh.

Man’s flesh is of Satan, it is full of rebellious dispositions, it is deplorably filthy, and it is something unclean. People covet the enjoyment of the flesh too much and there are too many manifestations of the flesh; this is why God despises man’s flesh to a certain extent. When people cast off the filthy, corrupt things of Satan, they gain God’s salvation. But if they still do not divest themselves of filth and corruption, then they are still living under the domain of Satan. People’s conniving, deceitfulness, and crookedness are all things of Satan. Saving you is allowing you to escape from these things. God’s work cannot be wrong; it is all done in order to save people from darkness. When you have believed to a certain point and can divest yourself of the corruption of the flesh, and are no longer enshackled by this corruption, will you not have been saved? When you live under Satan’s domain you are incapable of manifesting God, you are something filthy, and cannot receive God’s inheritance. Once you have been cleansed and made perfect, you will be holy, you will be a proper person, and you will be blessed by God and delightful to God.

Excerpted from “Practice (2)” in The Word Appears in the Flesh

If one can satisfy God while fulfilling one’s duty, is principled in one’s words and actions, and can enter the reality of all aspects of the truth, then one is a person who becomes perfected by God. It can be said that the work and the words of God have been completely effective for such people, that God’s words have become their life, they have obtained the truth, and they are able to live in accordance with God’s words. After this, the nature of their flesh—that is, the very foundation of their original existence—will shake apart and collapse. After people possess God’s words as their life, they will become new people. If the words of God become their life, if the vision of God’s work, His requirements of humanity, His revelations to humans, and the standards for a true life that God requires them to meet become their life, if they live according to these words and truths, then they are perfected by the words of God. Such people are reborn, and have become new people through God’s words.

Today’s truth is given to those who yearn for and seek it. This salvation is granted to those who yearn to be saved by God, and is not only meant to be gained by you, but is also so that you can be gained by God. You gain God in order that God can gain you. Today I have spoken these words to you, and you have heard them, and you should practice according to these words. In the end, when you put these words into practice will be when I have gained you through these words; at the same time, you will have also gained these words, which is to say, you will have gained this supreme salvation. Once you are made clean, you will have become a real human being.

Excerpted from “The Experiences of Peter: His Knowledge of Chastisement and Judgment” in The Word Appears in the Flesh

If people experience until the day comes when their outlook on life and the significance and the basis of their existence have entirely changed, when they have been altered to their very bones, and have become someone else, won’t this be incredible? This is a great change, an earth-shattering change. Only when you are disinterested in the fame and fortune, status, money, pleasure, and luxuries of the world, and can easily forgo them, will you have the likeness of a human being. Those who will ultimately be made complete are a group such as this; they live for the truth, live for God, and live for that which is just. This is the likeness of a true human being.

• What Does It Mean to Be Saved and Attain Full Salvation?

• Can You Who Confess With Your Mouth and Believe in Your Heart Enter the Heavenly Kingdom?

Previous What Does Salvation Mean in the Bible? How Should we Understand God’s Last Salvation?
Next Does “Once Saved Always Saved” Mean We Can Enter the Heavenly Kingdom?

Without Holiness, Could We Truly Be Saved?

After reading the verse in the Scripture, “That if you shall confess with your mouth the Lord Jesus, and shall believe in your heart that God has raised him from the dead, you shall be saved” (Rom 10:9), many brothers and sisters in the Lord then think: The Lord Jesus was crucified as a sin […]

Does “Once Saved Always Saved” Mean We Can Enter the Heavenly Kingdom?

The Bible says, “For with the heart man believes to righteousness; and with the mouth confession is made to salvation” (Romans 10:10). Many Christians, therefore, think that they have been saved by faith in the Lord and once saved always saved, so when the Lord comes He will certainly take them into the heavenly kingdom. […]

For What Kind of People Is the Sin Offering Effective?

Many people think that as long as they believe in the Lord Jesus, then no matter what sins they have committed, the Lord will forgive all of their sins and that the sin offering remains in effect. But some other people don’t agree with this viewpoint. Who is right on earth? Please read the following […]

What Does Salvation Mean in the Bible? How Should we Understand God’s Last Salvation?