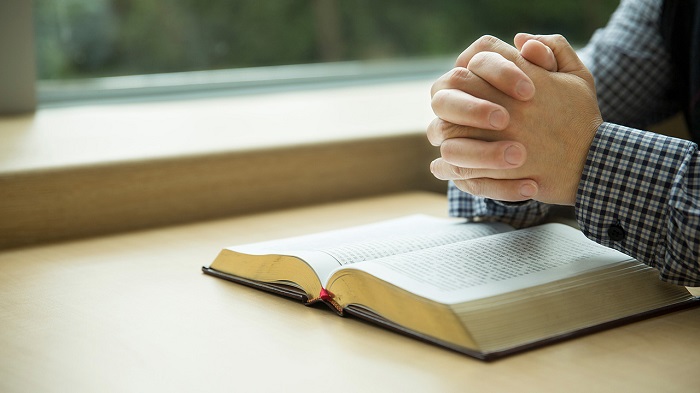 In the past I thought those who always had meetings, read the Bible, worked for the Lord and practiced good behavior, such as helping orphans, widows and the old, relieving the poor and so on were the true followers of God, and that those who knew some doctrines and talked about their small testimonies at the gatherings were also the true ones. … However, I found: Even though many believers had meetings and read the Bible, they lost faith in God when meeting difficulties or financial hardship and didn’t believe in God any longer when encountering trials; some believers had some energy when pastors gave sermons, but lost it when suffering some frustration or failure; they followed if spurred by others, but if there was no one to spur them they failed to have gatherings normally, turned away from and didn’t follow God…. How did these happen? What should we do to truly follow God? Later, I read a spiritual book on the internet. Only then did I realize that the true followers of God must meet the minimum of three aspects.

If we want to truly follow God, we should always read God’s word, not stray from God’s word in whatever circumstances at any time, and behave ourselves according to God’s word. After experiencing much God’s work, we will get some knowledge of God’s word, be able to touch God’s will in our experience, take God’s word as our life and live totally by God’s word. Regardless of whatever we encounter, if we can act in accordance with God’s will, we will gain real life. Taking “being honest” for example, when something related to our interests occurs to us, a war starts within us, “Do I tell lies or the truth?” After praying several times, we just forsake our interests and speak the truth. Though we act as an honest person on this matter, it doesn’t represent that we can act in many circumstances. After a few years of experience, we will be able to speak honestly without prayer, and will have a feeling of pain and reproach inside for lying. After getting along with us for a period of time, when the people around us and brothers and sisters can trust in us, and treat us as an honest person, it will mean that we are living relying on God’s word. This confirms the word in the Bible, “If you continue in my word, then are you my disciples indeed” (John 8:31).

2. Submitting To God Truly in Any Circumstance at Any Time

Truly following and submitting to God is not believing in God till old age, nor is eating our fill of God’s bread or following God with intentions of obtaining blessings, but is following and submitting to God under any circumstance at any time: We will not withdraw when encountering painful refinement; we will be able to stand firm when persecution and tribulation come upon us; we will not follow the worldly path when our lives are easy; we will not complain, not be negative or in retreat but still can praise God when we suffer insufficiency of life or disease. When Abraham was in Haran, Jehovah God instructed him to leave his hometown for the land of promise. He didn’t give thought to or plan for his future, but submitted to God, leading his people to go forward straightly. During their journey, the Egyptian Pharaoh was almost married to his wife; his nephew Lot also left him and lived in Sodom. Afterward, Lot suffered disaster, and he took risk of life to save him with his people…. During that period, he suffered a lot, but he could truly rely on and be obedient to God without complaints. Later, even when God let him offer his only son on the altar, he still could bear great pain to part with what he loved to obey.

Job was known as the greatest man in the east. He was rich but cared not fame and interest, nor did he joined his sons and daughters in feasting. Also, he frequently offered sacrifices and sent servants to warn his sons and daughters for fear of them offending God. When he was robbed of his herds and flocks all over the hills by the robbers, her sons and daughters were crushed to death by collapsing house, and he had painful sores all over, he still didn’t complain against God. His wife tried to enrage him to reject God for several times, and instead of following her, he praised Jehovah God yet. Abraham and Job are approved by God, and are examples for us to follow. If we experience God’s work and can be like them eventually, we will be the true followers of God.

3. Keeping Pace with the Footsteps of the Lamb, and Following Him Wherever He Goes

The Bible says, “These are they which follow the Lamb wherever he goes” (Revelation 14:4). God’s work keeps progressing forward. So we humans should follow wherever God’s work leads us. Only those who can keep up with God’s footsteps are the true followers of God. As we all know, in the Age of Law, Jehovah God issued laws and commandments through Moses. At that time, people all abided by the laws: They served Jehovah God in temples and kept the Sabbath. The incarnate Lord Jesus came to earth and did a step of work of redeeming mankind. Some of those who kept the laws didn’t obey laws any longer, but followed the Lord Jesus, such as Peter, John and the other disciples. At that time, those who held onto the laws were eliminated by God’s new work because of their disobedience. However, those who had pure obedience followed God’s footsteps and enjoyed rich grace from the Lord Jesus. The Lord Jesus have predicted that He would come to receive us. The Bible also says, “I have yet many things to say to you, but you cannot bear them now. However, when he, the Spirit of truth, is come, he will guide you into all truth: for he shall not speak of himself; but whatever he shall hear, that shall he speak: and he will show you things to come” (John 16:12-13). “And I saw another angel fly in the middle of heaven, having the everlasting gospel to preach to them that dwell on the earth, and to every nation, and kindred, and tongue, and people” (Revelation 14:6). From the scriptures, we can know that there will still be the gospel in the future. If we can keep pace with the footsteps of God then and follow Him to the end, we will be the true followers of God.

Previous Post How to Stop Lying? Know Why We Lie
Next Post My Deviation in Spiritual Devotions Reversed

What Is Faith? What Will True Faith Bring to Us?

By Li Xin What is faith? Under comfortable environments, with our works going well and family lives being peaceful, many of us will have the faith to…

By Grasping 3 Points, You Will Become Closer to God

By Qingxin The Bible says, “Draw near to God, and He will draw near to you” (James 4:8). As believers in God, we all know that building a normal rela…

3 Ways to Distinguish Trials and Temptations

By Kelly, United States It’s said in the Bible, “Let no man say when he is tempted, I am tempted of God: for God cannot be tempted with evil, neither…