Do You Know Why Christians Spread the Gospel?

Many people have found such phenomena: Most of the true believers in the Lord, after believing in God, will spread the gospel, do their work and establish churches everywhere with the utmost confidence; there are even some who never get married in their entire lives so as to spread the gospel; some believers who have families even give up their enjoyments of family, conjugal affection and the attention of their children for spreading of the gospel…. Some people think these behaviors incomprehensible and don’t know why they believe in God so fervently. Believing in God at home doesn’t disrupt them making money or supporting their family, and they can also enjoy family happiness with their loved ones and moreover can enter heaven after death. Isn’t it a perfect choice? Contrarily, when spreading the gospel everywhere, they often face ridicule and slander, and even will suffer the arrest and persecution of the atheistic CCP, drifting around and unable to return to their home. Then what power impels them to run on the way of spreading the gospel?

Why Do Christians Spread the Gospel?

In fact, the reason why Christians persistently spread the gospel under various difficult environments is mainly because they have understood the Lord’s will and known their missions and duties. Thus all Christians who truly believe in God and understand God’s will can set aside their family, marriages, youth, the enjoyments of the flesh for God’s gospel.

The verses record, “And he said to them, Go you into all the world, and preach the gospel to every creature” (Mark 16:15). “And Jesus came and spoke to them, saying, All power is given to me in heaven and in earth. Go you therefore, and teach all nations, baptizing them in the name of the Father, and of the Son, and of the Holy Ghost: Teaching them to observe all things whatever I have commanded you: and, see, I am with you always, even to the end of the world. Amen” (Matthew 28:18-20). 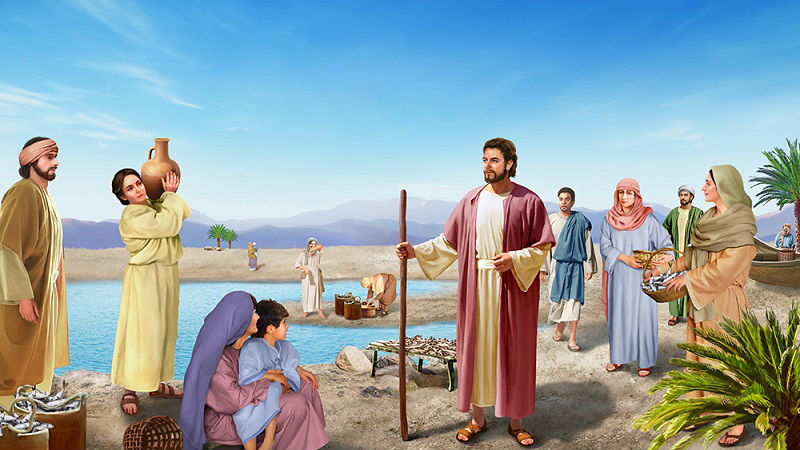 from the internet/ Peter spreads the Lord’s gospel

From these words of the Lord Jesus, we can see that the Lord Jesus intended to let His disciples and followers spread His gospel in order that all nations and all peoples could receive His redemption. When the Lord Jesus worked in Judea, Israel, there were only a small number of the Jews admitted that the Lord Jesus is Christ. And the disciples didn’t truly believe the Lord Jesus is Christ until He was resurrected three days after the crucifixion and then appeared to His disciples for 40 days. As we can imagine, most of the Jews at that time didn’t acknowledge that the Lord Jesus is the incarnate God. So, after the Lord Jesus finished the redemptive work, in order for more people to receive His redemption, the gospel of the Lord require His disciples and followers to be spread to the end of the earth, so that the Gentile nations can receive His salvation. Therefore, the disciples of that time, after accepting the Lord’s commission, spread the Lord’s gospel to all tribes and nations, even most of them were martyred: Matthew was hocked to death; James was beheaded; Peter was crucified upside down; Andrew was nailed onto the cross in the shape of “X” …. In this process, the Lord’s gospel was rapidly expanded. Furthermore, when the foreign missionaries preached the gospel in China, a host of them were also martyred. Under such circumstances, at last the Chinese heard the Lord Jesus’ gospel. So, after that, the Christians in China begin to rush about spreading the gospel. Obviously, it is the most righteous undertaking that the disciples and prophets of the past offered up their minds and bodies, and that the Christians of today sacrifice everything for the gospel. Just as the Lord Jesus said, “Truly I say to you, There is no man that has left house, or brothers, or sisters, or father, or mother, or wife, or children, or lands, for my sake, and the gospel’s, But he shall receive an hundred times now in this time, houses, and brothers, and sisters, and mothers, and children, and lands, with persecutions; and in the world to come eternal life” (Mark 10:29-30).

Spreading the gospel is God’s commission to us and the sacred duty given by God. In one regard, it is for the sake of rescuing souls, and in the other, it is in order for ourselves to accumulate good deeds. Just like the parable told by the Lord Jesus in Matthew 25, saying that a man would travel into a far country, and then he called his servants and delivered to them his goods according to their ability: onto one He gave five talents, to another two, and to another one. The former two servants traded with them and made money. After the master came back, he praised them as the good and faithful servants, letting them rule over many things and share his joy. But, as for the servant, who received one talent and dug in the earth to hide the money, his master called him as the wicked and lazy servant, casting him into outer darkness (See Matthew 25:14-30). 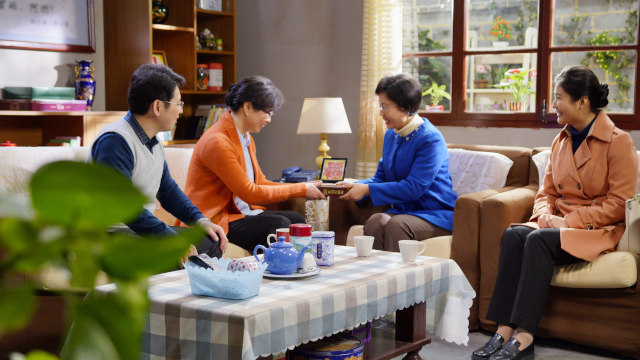 Here we know, God has given each of us a commission. Though our gifts from God are different, we should try our best to cooperate with God. Just as some brothers and sisters have the gift of preaching; some have the gift of singing; some have the gift of evangelism…. All of us ought to spare no effort for the gospel work of God. If we take believing in God as a kind of faith, only having meetings when happy, praying to God when facing difficulties, offering a little when getting God’s grace but not consecrating our own portion to the most important gospel work, then we will finally be abandoned by God, just like the wicked and lazy servant who received one talent from his master. Therefore, spreading the gospel is a great matter. As for those who forsake their youth, careers, parents, children and even are jailed and martyred for evangelical work, although they undergo the misunderstandings from many people and even are rejected and condemned, yet it’s undeniable that their efforts and sacrifice are remembered by God and worthy of emulation. They are the ones who show the most consideration for God’s will. On the other hand, God is not pleased that we merely enjoy His grace and blessings but don’t care for His will. He hopes His believers can rise up to give their all for the evangelical work.

A prophecy from Revelation says, “And I saw another angel fly in the middle of heaven, having the everlasting gospel to preach to them that dwell on the earth, and to every nation, and kindred, and tongue, and people, Saying with a loud voice, Fear God, and give glory to him; for the hour of his judgment is come: and worship him that made heaven, and earth, and the sea, and the fountains of waters” (Revelation 14:6-7). When the Lord Jesus comes again, He will preach the everlasting gospel to man on the earth. If we accept and then spread the gospel to all nations and all peoples, we will become the ones who care about God’s will and enjoy His blessings in the kingdom of God. Ultimately we will certainly gain God’s greater care and protection when He brings down disaster, rewards the good and punishes the wicked.

Preaching the Gospel
Previous Post Gospel Is Being Spread!
Next Post Learn From Mary and Martha: How Can Christians Gain the Eternal Blessings?

Gospel Is Being Spread!

by Xiaoxi What Is the Meaning of “Gospel”? “Gospel” is an old English word, which represents “Good news.” So if we translate it literally, its meanin…

Philippians 2:5 - Let This Mind Be in You

Let this mind be in you, which was also in Christ Jesus. - Philippians 2:5 Thoughts on Today’s Verse… Do you want to be God’s intimate? Before that…

Li Mo believed in Jesus from childhood. When she was 16, she became a coworker of the house church and worked for the Lord zealously. However, the dis…