Why Can’t We Resist the Temptation of Money?

One day, when I was doing some research on the internet, a flash caught my eye. In the flash, a giant hand is full of money, beneath which there are several pieces of string hanging and manipulating a “puppet” who wears a blue suit. This “puppet,” with his arms and legs suspended, is being tossed to and fro like a clown; obviously, he is playing into the hand of money. After seeing this flash, I was filled with emotion: Although money is in our own hands, and it seems that we have control over it, in reality, it’s money that dominates and controls us. 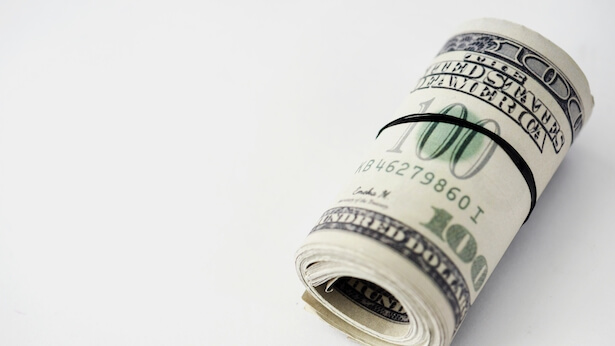 Today, with the speedy development of the market economy, money plays an important role in human society, for we need it for food, clothing, shelter, and travel. At first, we made money merely for the basic necessities, but after they were maintained, we still didn’t stop pursuing money. Especially, when we saw that others had a higher quality of life, dressed more fashionably and luxuriously, and enjoyed life more than we did, when we saw the rich glutted with pleasure and could do whatever they pleased, and when we saw that others, because of having money, obtained status and lived with dignity, our hearts would be filled with admiration and jealousy. Influenced by the saying “Money isn’t everything, but without it, you can do nothing,” we believe that we couldn’t live a single day without money, and that the more money we have, the better. Although we know that we could never make enough money, we still cling to it in our heart, involuntarily struggling and even giving our life for it. Mozambique said: “Those who are drunk will sober up; while those who are obsessed with money will never wake up.” Couldn’t say it is an experienced person’s insight into human life.

Faced with the temptation of money, why don’t we have any powers of resistance to it? And why couldn’t we break free from the bond of it? I had been confused by these questions and couldn’t find the answer. Not until I believed in God and read His words did I see the light.

God said: “‘Money makes the mare go’ is the philosophy of Satan and it prevails among every human society. You could say that it is a trend because it has been imparted to everyone and is now affixed in their heart. People went from not accepting this saying to growing used to it so that when they came into contact with real life, they gradually gave tacit approval to it, acknowledged its existence and finally, they gave it their own seal of approval. … Don’t you feel that you couldn’t survive one day in this world without any money, that even one day would just be impossible? (Yes.) People’s status is based on how much money they have as is their respectability. The backs of the poor are bent in shame, while the rich enjoy their high status. They stand tall and proud, speaking loudly and living arrogantly. What does this saying and trend bring to people? Don’t many people see getting money as being worth any cost? Don’t many people sacrifice their dignity and integrity in the pursuit of more money? … Isn’t Satan sinister to use this method and this saying to corrupt man to such a degree? Isn’t this a malicious trick? As you progress from objecting to this popular saying to finally accepting it as truth, your heart falls completely under Satan’s grasp, and therefore you unwittingly come to live by it. … People do this, they are controlled by this saying and manipulated by it. Isn’t this the effect of Satan corrupting man? Isn’t this the philosophy and corrupt disposition of Satan taking root in your heart? If you do this, hasn’t Satan achieved its goal?” (“God Himself, the Unique V”).

After reading God’s words, I finally understood: The reason why we spend our best years and even our whole life pursuing wealth is that the satanic poison “Money makes the mare go” has become a trend and been influencing us humans generation after generation for thousands of years. Satan uses these words to take us into its hands, reducing us to slaves of money; some people even long to be a man made of money. It’s the eager pursuit of money that makes us forsake many things: Some sacrifice their dignity and integrity to act as a mistress; some lose their conscience and do illegal business, ending up in prison; some choose to flatter and fawn for promotion and pay rise; some go to all lengths, and use various plots and cunning schemes to fight against each other; some work diligently and conscientiously relying on their own abilities, yet end up with illnesses and distress, many of which even lose their lives. Take Wang Junyao for example. When he was 38 years old, he had amassed a fortune of 3.5 billion yuan; however, after he got intestinal cancer and was faced with death, that money couldn’t buy his life. Another example was Fu Biao, a film star who died despite the great wealth he possessed. … Although such tragedies occur one after another, we, the living, still run straight down the path of pursuing money without stopping.

I saw these words of God: “There will always be some distance between one’s dreams and the realities that one must confront; things are never as one would like them to be, and faced with such realities people can never achieve satisfaction or contentment. Some people will even go to any length imaginable, will put forth great efforts and make great sacrifices for the sake of their livelihoods and future, in attempt to change their own fate. But in the end, even if they can realize their dreams and desires by means of their own hard work, they can never change their fates, and no matter how doggedly they try they can never exceed what destiny has allotted them. Regardless of differences in ability, IQ, and willpower, people are all equal before fate, which makes no distinction between the great and the small, the high and the low, the exalted and the mean. What occupation one pursues, what one does for a living, and how much wealth one amasses in life are not decided by one’s parents, one’s talents, one’s efforts or one’s ambitions, but are predetermined by the Creator” (“God Himself, the Unique III”).

God’s words are so true! How much wealth we amass in life is predetermined by God, and none of us can escape from His orchestration and arrangement. At that moment, I truly realized that despite our lifelong hard work, ultimately, how many blessings we would enjoy, and how much money we would make are all predestined by God, which couldn’t be changed for the sake of our tireless industry. It’s just like what God says, money can only give us temporary enjoyment and satisfaction; when we encounter illnesses or disasters, no matter how much money we have, it won’t buy our lives, nor will it help us escape the attacks of death. Just as the Lord Jesus said: “For what is a man profited, if he shall gain the whole world, and lose his own soul? or what shall a man give in exchange for his soul?” (Matthew 16:26). Only by coming before God to accept truth, submitting to His authority, pursuing a meaningful life, and finally becoming a person who worships and obeys God, can we live a life of value and meaning, and be approved by God.

• How to Build a Close Relationship With God

• How Should Christians Treat Money Properly

• 4 Principles of Practice Will Make Us God-fearing People

By Liu Yi, United States In March, spring was in the air everywhere. Trees and little grass began to sprout, and all kinds of flowers were vying to b…

True Meaning of Life: Is Money the Only Goal of Life?

By Su Meng, China As the saying goes, “Money isn’t everything, but without it, you can do nothing.” Countless people struggle hard for money and live …

By Zihan, United States Sitting before my father’s sickbed and watching him with tubes all over his body, I felt heartbroken: Yesterday he could stil…

How to Live a Meaningful Life in This Short Life

By Xiaoling Editor’s Note: “For what is a man profited, if he shall gain the whole world, and lose his own soul? or what shall a man give in exchange …