Christian Video “The Revelation of an Antichrist”: Beware of the Pharisees in the Last Days

Lai En is the pastor of a house church who believes that “anyone who isn’t the Lord Jesus descending upon a cloud is a false Christ, and any message that preaches the Lord has returned incarnate is also false.” When he learns that his nephew Li Chenguang is testifying in his church that the Lord Jesus has returned and expressed the truth to do the work of judgment beginning with God’s house, and that many people have investigated and accepted these teachings, he becomes furious and frustrated, and immediately assigns one of his workers to seal off the church. But just at that moment, he hears that Li Chenguang has gone to preach to his daughter Xinming. He strives to obstruct and prevent his daughter from investigating the true way, which sets the stage for an intense debate. What will the final result be? Watch the skit The Revelation of an Antichrist to find out.

We Must Be Dreaming! - Can We Enter the Kingdom of God Through Hard Work

“God’s New Name”: When the Lord Returns, Will He Still Be Called Jesus?

My Father, the Pastor - Christian Skit - A Truth Debate on the Bible

Christian Crosstalk “Electronic Eyes All Over the City”: Truth of the CCP Controlling Christians
A surveillance camera whose job it is to monitor and report on Christians, revealing their whereabouts, and a Christian who portrays the antithesis of everything about it,

"The Pastor's 'Good' Intentions" | 2018 Comedy Skit | Christian Variety Show
Yang Xiangming is a worker in a denomination, and once he determines Almighty God is the returned Lord Jesus in the last days, he guides some of his brothers and sisters to turn toward Almighty God.

Christian Video | "Have You Truly Repented?" (Crosstalk)
Disasters are now upon us. An epidemic is spreading all over the world, the omens of the Lord's coming have been fulfilled, and those who long for God… 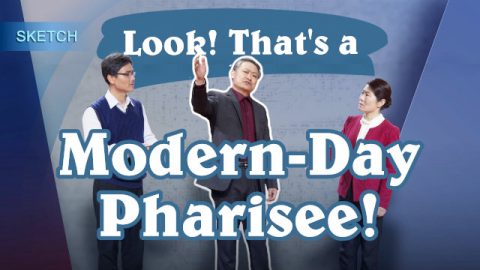 Christian Skit “Look! That's a Modern Day Pharisee!”
Two thousand years ago, the incarnate Lord Jesus appeared and worked, preached the gospel of the kingdom of heaven, expressed the truth, and gave peop…