Genesis: The Origin of Mankind’s Corruption

And the LORD God planted a garden eastward in Eden; and there he put the man whom he had formed. And out of the ground made the LORD God to grow every tree that is pleasant to the sight, and good for food; the tree of life also in the middle of the garden, and the tree of knowledge of good and evil.

And the LORD God said, It is not good that the man should be alone; I will make him an help meet for him. And out of the ground the LORD God formed every beast of the field, and every fowl of the air; and brought them to Adam to see what he would call them: and whatever Adam called every living creature, that was the name thereof. And Adam gave names to all cattle, and to the fowl of the air, and to every beast of the field; but for Adam there was not found an help meet for him.

And the LORD God caused a deep sleep to fall on Adam, and he slept: and he took one of his ribs, and closed up the flesh instead thereof; And the rib, which the LORD God had taken from man, made he a woman, and brought her to the man.

And Adam said, This is now bone of my bones, and flesh of my flesh: she shall be called Woman, because she was taken out of Man.

Therefore shall a man leave his father and his mother, and shall join to his wife: and they shall be one flesh. And they were both naked, the man and his wife, and were not ashamed. 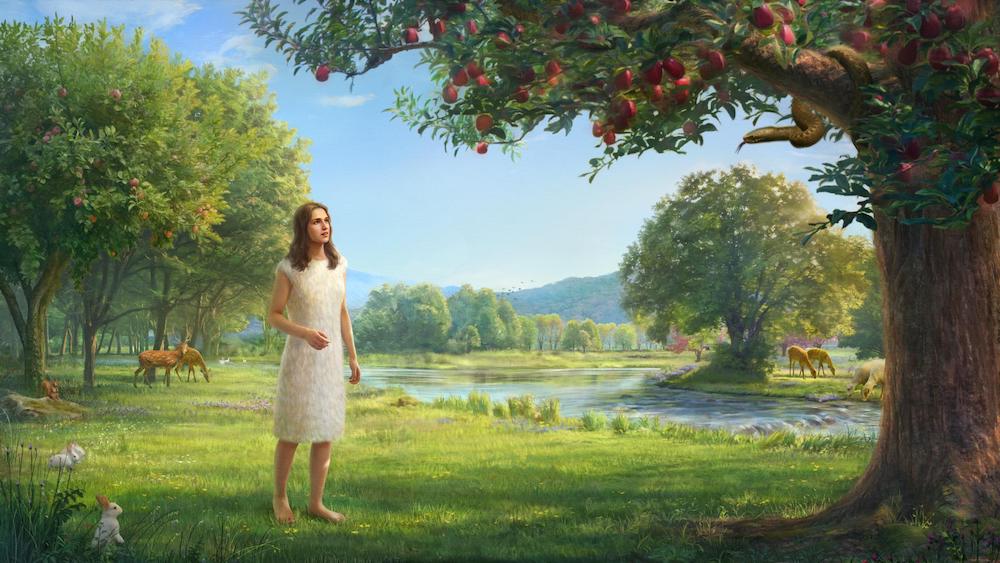 Now the serpent was more subtle than any beast of the field which the LORD God had made. And he said to the woman, Yes, has God said, You shall not eat of every tree of the garden? And the woman said to the serpent, We may eat of the fruit of the trees of the garden: But of the fruit of the tree which is in the middle of the garden, God has said, You shall not eat of it, neither shall you touch it, lest you die. And the serpent said to the woman, You shall not surely die: For God does know that in the day you eat thereof, then your eyes shall be opened, and you shall be as gods, knowing good and evil. And when the woman saw that the tree was good for food, and that it was pleasant to the eyes, and a tree to be desired to make one wise, she took of the fruit thereof, and did eat, and gave also to her husband with her; and he did eat. And the eyes of them both were opened, and they knew that they were naked; and they sewed fig leaves together, and made themselves aprons.

And they heard the voice of the LORD God walking in the garden in the cool of the day: and Adam and his wife hid themselves from the presence of the LORD God among the trees of the garden. And the LORD God called to Adam, and said to him, Where are you? And he said, I heard your voice in the garden, and I was afraid, because I was naked; and I hid myself. And he said, Who told you that you were naked? Have you eaten of the tree, whereof I commanded you that you should not eat? And the man said, The woman whom you gave to be with me, she gave me of the tree, and I did eat. And the LORD God said to the woman, What is this that you have done? And the woman said, The serpent beguiled me, and I did eat.

The Expulsion from Paradise 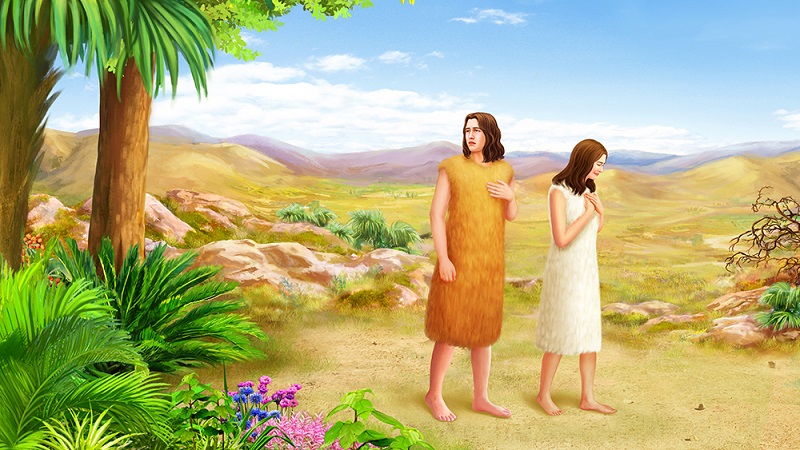 And the LORD God said to the serpent, Because you have done this, you are cursed above all cattle, and above every beast of the field; on your belly shall you go, and dust shall you eat all the days of your life:

To the woman he said, I will greatly multiply your sorrow and your conception; in sorrow you shall bring forth children; and your desire shall be to your husband, and he shall rule over you.

And to Adam he said, Because you have listened to the voice of your wife, and have eaten of the tree, of which I commanded you, saying, You shall not eat of it: cursed is the ground for your sake; in sorrow shall you eat of it all the days of your life;

Thorns also and thistles shall it bring forth to you; and you shall eat the herb of the field;

In the sweat of your face shall you eat bread, till you return to the ground; for out of it were you taken: for dust you are, and to dust shall you return.

And Adam called his wife's name Eve; because she was the mother of all living.

To Adam also and to his wife did the LORD God make coats of skins, and clothed them.

And the LORD God said, Behold, the man is become as one of us, to know good and evil: and now, lest he put forth his hand, and take also of the tree of life, and eat, and live for ever: Therefore the LORD God sent him forth from the garden of Eden, to till the ground from from where he was taken. So he drove out the man; and he placed at the east of the garden of Eden Cherubim, and a flaming sword which turned every way, to keep the way of the tree of life.

About God using animal skins to make clothes for Adam and Eve: (Gen 3:20-21) And Adam called his wife’s name Eve; because she was the mother of all living. To Adam also and to his wife did the LORD God make coats of skins, and clothed them. 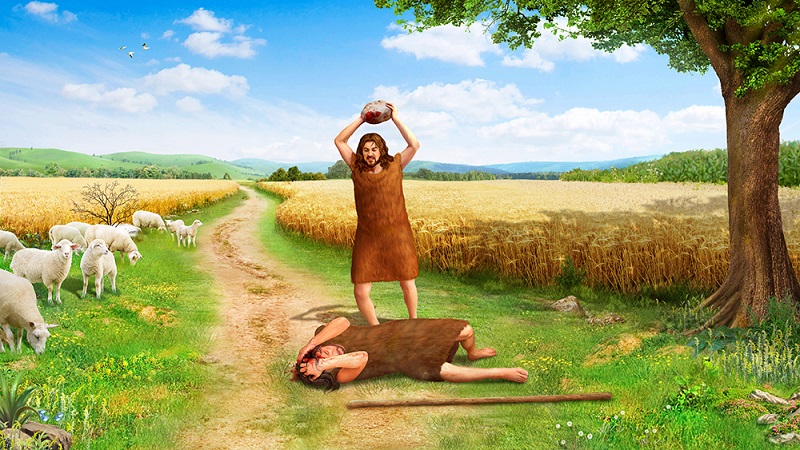 And Adam knew Eve his wife; and she conceived, and bore Cain, and said, I have gotten a man from the LORD. And she again bore his brother Abel. And Abel was a keeper of sheep, but Cain was a tiller of the ground. And in process of time it came to pass, that Cain brought of the fruit of the ground an offering to the LORD. And Abel, he also brought of the firstborn of his flock and of the fat thereof. And the LORD had respect to Abel and to his offering: But to Cain and to his offering he had not respect. And Cain was very wroth, and his countenance fell. And the LORD said to Cain, Why are you wroth? and why is your countenance fallen? If you do well, shall you not be accepted? and if you do not well, sin lies at the door. And to you shall be his desire, and you shall rule over him.

And the LORD said to Cain, Where is Abel your brother? And he said, I know not: Am I my brother's keeper? And he said, What have you done? the voice of your brother's blood cries to me from the ground. And now are you cursed from the earth, which has opened her mouth to receive your brother's blood from your hand; When you till the ground, it shall not from now on yield to you her strength; a fugitive and a vagabond shall you be in the earth. And Cain said to the LORD, My punishment is greater than I can bear. Behold, you have driven me out this day from the face of the earth; and from your face shall I be hid; and I shall be a fugitive and a vagabond in the earth; and it shall come to pass, that every one that finds me shall slay me. And the LORD said to him, Therefore whoever slays Cain, vengeance shall be taken on him sevenfold. And the LORD set a mark on Cain, lest any finding him should kill him.

And Cain went out from the presence of the LORD, and dwelled in the land of Nod, on the east of Eden.

Previous Genesis: God's Creation
Next The Story of Noah: Noah And the Ark - Bible Story

The Tower of Babel (Genesis 11:1-9) Sweet Publishing/FreeBibleimages.org CC BY-SA 3.0 And the whole earth was of one language, and of one speech. And…