When Job heard that his property had been stolen, that his sons and daughters had lost their lives, and that his servants had been killed, he reacted as follows: “Then Job arose, and rent his mantle, and shaved his head, and fell down on the ground, and worshipped” (Job 1:20). These words tell us one fact: After hearing this news, Job was not panic-stricken, he did not cry, or blame the servants who had given him the news, much less did he inspect the scene of the crime to investigate and verify the whys and wherefores and find out what really happened. He did not exhibit any pain or regret at the loss of his possessions, nor did he break down in tears due to the loss of his children, of his loved ones. On the contrary, he rent his mantle, and shaved his head, and fell down on the ground, and worshiped. Job’s actions are unlike those of any ordinary man. They confuse many people, and make them reprimand Job for his “cold-bloodedness” in their hearts. At the sudden loss of their possessions, normal people would appear heartbroken, or despairing—or, in the case of some people, they might even fall into deep depression. That is because, in their hearts, people’s property represents a lifetime of effort, it is that which their survival relies upon, it is the hope that keeps them living; the loss of their property means their efforts have been for nothing, that they are without hope, and even that they have no future. This is any normal person’s attitude toward their property and the close relationship they have with it, and this is also the importance of property in people’s eyes. As such, the great majority of people feel confused by Job’s cool attitude toward the loss of his property. Today, we’re going to dispel the confusion of all these people by explaining what was going on within Job’s heart.

Common sense dictates that, having been given such abundant assets by God, Job should feel ashamed before God because of losing these assets, for he hadn’t looked after or taken care of them, he hadn’t held on to the assets given to him by God. Thus, when he heard that his property had been stolen, his first reaction should have been to go to the scene of the crime and take inventory of everything that had gone, and then to confess to God so that he might once more receive God’s blessings. Job, however, did not do this—and he naturally had his own reasons for not doing so. In his heart, Job profoundly believed that all he possessed had been bestowed upon him by God, and had not come off the back of his own labor. Thus, he did not see these blessings as something to be capitalized upon, but took holding on to the way that he should by tooth and nail as his living principles. He cherished God’s blessings, and gave thanks for them, but he was not enamored of, nor did he seek more blessings. Such was his attitude toward property. He neither did anything for the sake of gaining blessings, nor worried about or was aggrieved by the lack or loss of God’s blessings; he neither became wildly, deliriously happy because of God’s blessings, nor ignored the way of God or forgot the grace of God because of the blessings he frequently enjoyed. Job’s attitude toward his property reveals to people his true humanity: Firstly, Job was not a greedy man, and was undemanding in his material life. Secondly, Job never worried or feared that God would take away all that he had, which was his attitude of obedience toward God in his heart; that is, he had no demands or complaints about when or whether God would take from him, and did not ask the reason why, but only sought to obey the arrangements of God. Thirdly, he never believed that his assets came from his own labors, but that they were bestowed unto him by God. This was Job’s faith in God, and is an indication of his conviction. Are Job’s humanity and his true daily pursuit made clear in this three-point summary of him? Job’s humanity and pursuit were integral to his cool conduct when faced with the loss of his property. It was precisely because of his daily pursuit that Job had the stature and conviction to say, “Jehovah gave, and Jehovah has taken away; blessed be the name of Jehovah,” during the trials of God. These words were not gained overnight, nor had they just popped into Job’s head. They were what he had seen and acquired during many years of experiencing life. Compared to all those who only seek God’s blessings, and who fear that God will take from them, and hate it and complain about it, is Job’s obedience not very real? Compared to all those who believe that there is a God, but who have never believed that God rules over all things, does Job not possess great honesty and uprightness?
Job’s Rationality

Job’s actual experiences and his upright and honest humanity meant that he made the most rational judgment and choices when he lost his assets and his children. Such rational choices were inseparable from his daily pursuits and the deeds of God that he had come to know during his day-to-day life. Job’s honesty made him able to believe that Jehovah’s hand rules over all things; his belief allowed him to know the fact of Jehovah God’s sovereignty over all things; his knowledge made him willing and able to obey Jehovah God’s sovereignty and arrangements; his obedience enabled him to be more and more true in his fear of Jehovah God; his fear made him more and more real in his shunning of evil; ultimately, Job became perfect because he feared God and shunned evil; and his perfection made him wise, and gave him the utmost rationality.

How should we understand this word “rational”? A literal interpretation is that it means being of good sense, being logical and sensible in one’s thinking, being of sound words, actions, and judgment, and possessing sound and regular moral standards. Yet Job’s rationality isn’t so easily explained. When it is said here that Job was possessed of the utmost rationality, it is in connection to his humanity and his conduct before God. Because Job was honest, he was able to believe in and obey the sovereignty of God, which gave him a knowledge that was unobtainable by others, and this knowledge made him able to more accurately discern, judge, and define that which befell him, which enabled him to more accurately and perspicaciously choose what to do and what to hold firm to. Which is to say that his words, behavior, the principles behind his actions, and the code by which he acted, were regular, clear, and specific, and were not blind, impulsive, or emotional. He knew how to treat whatever befell him, he knew how to balance and handle the relationships between complex events, he knew how to hold fast to the way that should be held fast to, and, moreover, he knew how to treat the giving and taking away of Jehovah God. This was the very rationality of Job. It was precisely because Job was equipped with such rationality that he said, “Jehovah gave, and Jehovah has taken away; blessed be the name of Jehovah,” when he lost his assets and his sons and daughters. 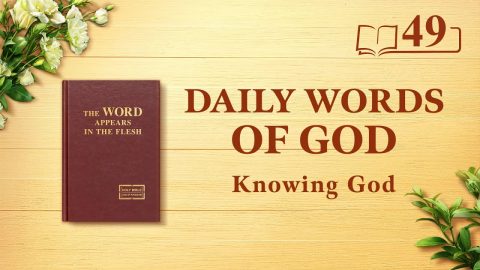 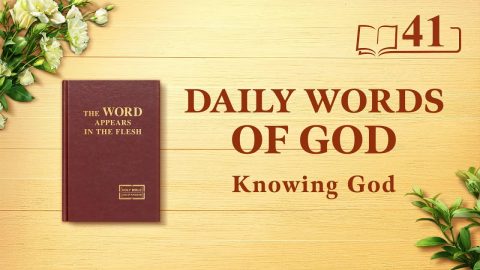 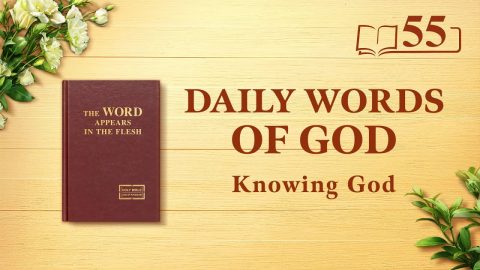 God’s Work, God’s Disposition, and God Himself II (Excerpt 55)
Job Blesses the Name of God and Does Not Think of Blessings or Disaster There is a fact which is never referred to in the Scriptures’ stories of Job, … 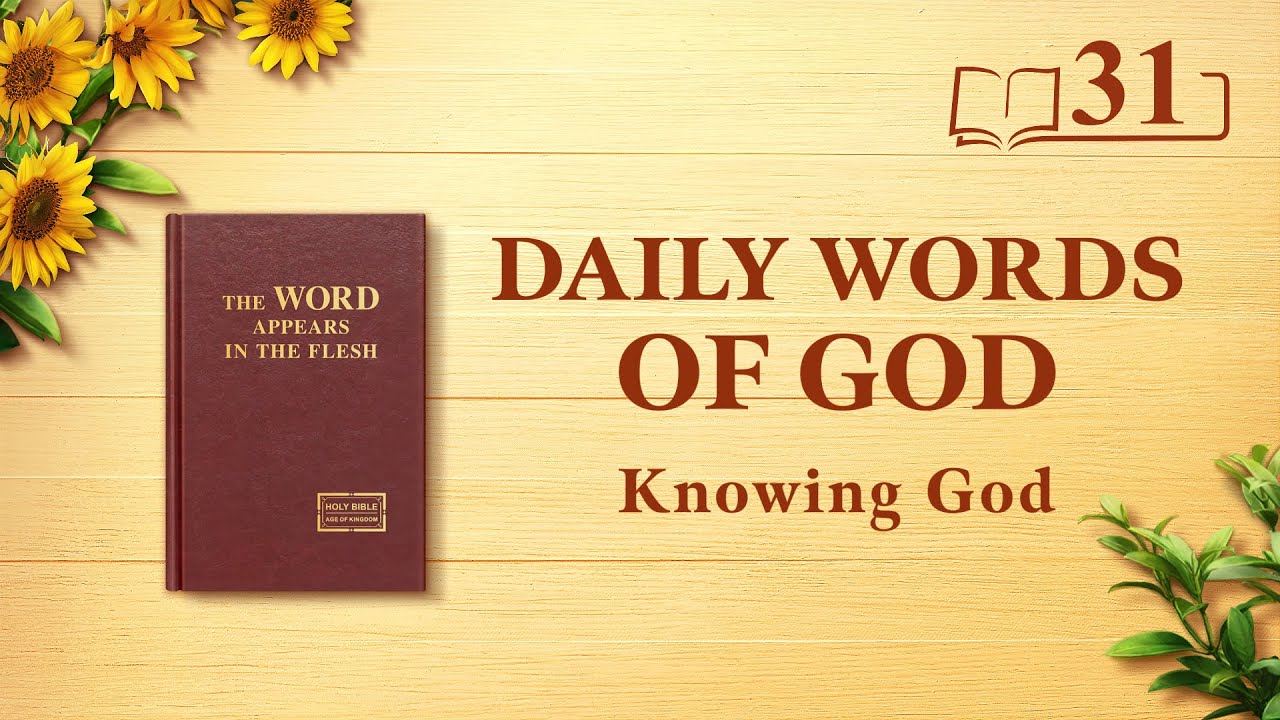 God's Work, God's Disposition, and God Himself II (Excerpt 31)
Just after He created mankind, God began to engage with man and talk to man, and His disposition began to be expressed to man. In other words, from wh… 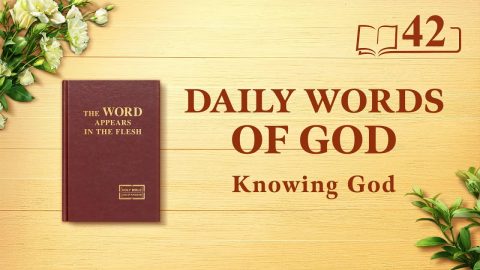 God’s Work, God’s Disposition, and God Himself II (Excerpt 42)
Job’s Reaction (Job 1:20–21) Then Job arose, and rent his mantle, and shaved his head, and fell down on the ground, and worshipped, And said, Naked ca…

God’s Work, God’s Disposition, and God Himself II (Excerpt 58)
Have No Misgivings About the Trials of God After receiving testimony from Job following the end of his trials, God resolved that He would gain a group…