Joshua 6 – The Walls of Jericho

Now Jericho was straightly shut up because of the children of Israel: none went out, and none came in. And the LORD said to Joshua, See, I have given into your hand Jericho, and the king thereof, and the mighty men of valor. And you shall compass the city, all you men of war, and go round about the city once. Thus shall you do six days. And seven priests shall bear before the ark seven trumpets of rams’ horns: and the seventh day you shall compass the city seven times, and the priests shall blow with the trumpets. And it shall come to pass, that when they make a long blast with the ram’s horn, and when you hear the sound of the trumpet, all the people shall shout with a great shout; and the wall of the city shall fall down flat, and the people shall ascend up every man straight before him.

And it came to pass on the seventh day, that they rose early about the dawning of the day, and compassed the city after the same manner seven times: only on that day they compassed the city seven times. And it came to pass at the seventh time, when the priests blew with the trumpets, Joshua said to the people, Shout; for the LORD has given you the city. And the city shall be accursed, even it, and all that are therein, to the LORD: only Rahab the harlot shall live, she and all that are with her in the house, because she hid the messengers that we sent. And you, in any wise keep yourselves from the accursed thing, lest you make yourselves accursed, when you take of the accursed thing, and make the camp of Israel a curse, and trouble it. But all the silver, and gold, and vessels of brass and iron, are consecrated to the LORD: they shall come into the treasury of the LORD. So the people shouted when the priests blew with the trumpets: and it came to pass, when the people heard the sound of the trumpet, and the people shouted with a great shout, that the wall fell down flat, so that the people went up into the city, every man straight before him, and they took the city. And they utterly destroyed all that was in the city, both man and woman, young and old, and ox, and sheep, and ass, with the edge of the sword.

But Joshua had said to the two men that had spied out the country, Go into the harlot’s house, and bring out there the woman, and all that she has, as you swore to her. And the young men that were spies went in, and brought out Rahab, and her father, and her mother, and her brothers, and all that she had; and they brought out all her kindred, and left them without the camp of Israel. And they burnt the city with fire, and all that was therein: only the silver, and the gold, and the vessels of brass and of iron, they put into the treasury of the house of the LORD. And Joshua saved Rahab the harlot alive, and her father’s household, and all that she had; and she dwells in Israel even to this day; because she hid the messengers, which Joshua sent to spy out Jericho.

We can learn the perfect manifestation of God’s authority from the Israelites attacking Jericho. His promises will definitely come true. No matter what happens, God will stand by us and help us overcome any barriers as long as we call out to God with a sincere heart and rely on Him. 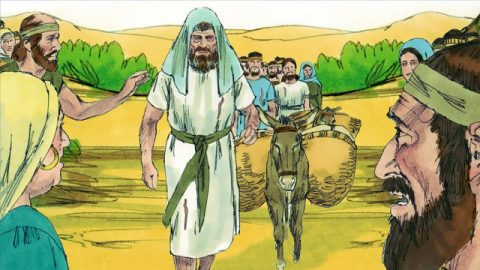 The People From Gibeon Deceive Joshua 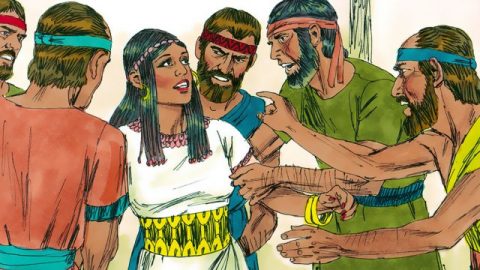 The Faith of the Canaanite Woman - Bible Story 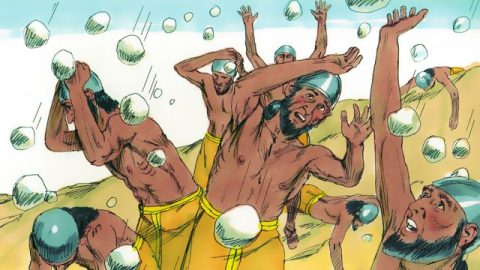 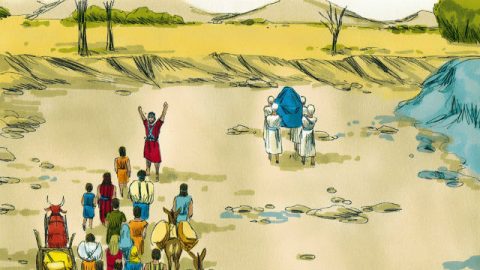 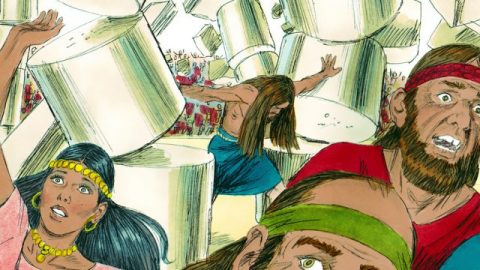 Samson’s Vengeance and Death
Samson Escapes Gaza (Judges 16:1-3) Then went Samson to Gaza, and saw there an harlot, and went in to her. And it was told the Gazites, saying, Samson… 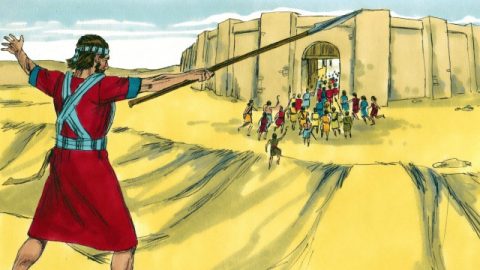 Joshua’s Death
Joshua's Charge to Leaders (Joshua 23:1-16) And it came to pass a long time after that the LORD had given rest to Israel from all their enemies round …