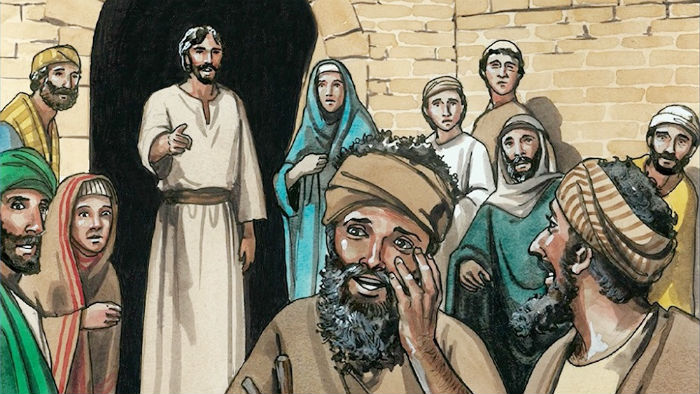 27And when Jesus departed there, two blind men followed him, crying, and saying, You son of David, have mercy on us. 28And when he was come into the house, the blind men came to him: and Jesus said to them, Believe you that I am able to do this? They said to him, Yes, Lord. 29Then touched he their eyes, saying, According to your faith be it to you. 30And their eyes were opened; and Jesus straightly charged them, saying, See that no man know it. 31But they, when they were departed, spread abroad his fame in all that country. 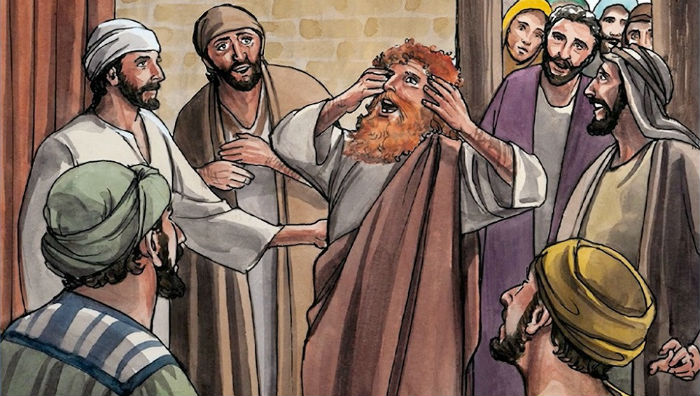 32As they went out, behold, they brought to him a dumb man possessed with a devil. 33And when the devil was cast out, the dumb spoke: and the multitudes marveled, saying, It was never so seen in Israel. 34But the Pharisees said, He casts out devils through the prince of the devils.

The Conquest of Ai (Joshua 8:1-29) And the LORD said to Joshua, Fear not, neither be you dismayed: take all the people of war with you, and arise, go up to Ai: see, I have given into your hand the king of Ai, and his people, and his city, and his land: And you shall […]

David Renews his Oath to Bathsheba (1 Kings 1:28-31) Then king David answered and said, Call me Bathsheba. And she came into the king's presence, and stood before the king. And the king swore, and said, As the LORD lives, that has redeemed my soul out of all distress, Even as I swore to you […]

The Seventh Plague: Hail Exodus 9：13-35 And the LORD said to Moses, Rise up early in the morning, and stand before Pharaoh, and say to him, Thus said the LORD God of the Hebrews, Let my people go, that they may serve me. For I will at this time send all my plagues on your […]

Israel at Mount Sinai (Exodus 19:1-17) In the third month, when the children of Israel were gone forth out of the land of Egypt, the same day came they into the wilderness of Sinai. For they were departed from Rephidim, and were come to the desert of Sinai, and had pitched in the wilderness; and […]