How to Pray: Praying in Spirit and Truth to Obtain God’s Answer

Brothers and sisters, peace to you in the Lord. Today let’s fellowship about the truth regarding prayer. As is known to all believers in the Lord, prayer is indispensable to us followers. If a Christian does not pray, he does not deserve to be called a Christian. Through prayer we have faith to practice the Lord’s teachings; through prayer we are enlightened and guided by Him; through prayer our work and dedication can be after His heart; through prayer we can come out of the weakness time and again; through prayer we can have enough strength to take up the cross and drink from the bitter cup…. Obviously, the entire life of Christian cannot be separated from prayer. However, many believers say, “Why can’t my prayers obtain the Lord’s answer? Why does He not hear my prayers? Why can’t I feel His presence in my prayers?” If you have the same confusion, then it is likely that something is wrong with your prayers. 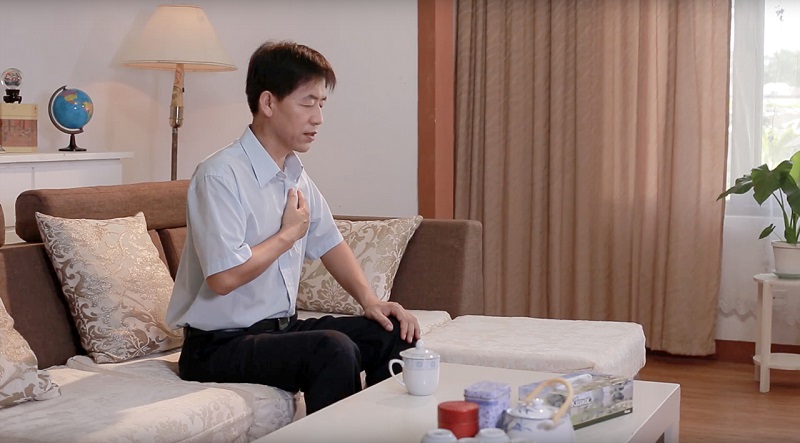 Why Can’t a Prayer of the Pharisee Be Approved by the Lord?

As for this question, we can find the answer in the Bible, which records the prayers of two persons. One was heard by the Lord while the other was not heard. I believe most brothers and sisters who are familiar with the scriptures have known which two I speak about. So let’s first read the following verses. It is said in Luke 18:9-14, “And he spoke this parable to certain which trusted in themselves that they were righteous, and despised others: Two men went up into the temple to pray; the one a Pharisee, and the other a publican. The Pharisee stood and prayed thus with himself, God, I thank you, that I am not as other men are, extortionists, unjust, adulterers, or even as this publican. I fast twice in the week, I give tithes of all that I possess. And the publican, standing afar off, would not lift up so much as his eyes to heaven, but smote on his breast, saying, God be merciful to me a sinner. I tell you, this man went down to his house justified rather than the other: for every one that exalts himself shall be abased; and he that humbles himself shall be exalted.” From these verses we can see God did not accept the prayer of the Pharisee but accept that of the publican.

Brothers and sisters, do you know why the prayer of the Pharisee was not approved by the Lord but instead loathed by Him? Actually, the Lord Jesus told us the reason long ago. He said, “And when you pray, you shall not be as the hypocrites are: for they love to pray standing in the synagogues and in the corners of the streets, that they may be seen of men” (Matthew 6:5). This shows that the prayers of the Pharisees were hypocritical. When the Pharisees stood in the streets corners, the passers-by would envy them on hearing their eloquent prayers flowing from their mouths. They did so for the purpose of showing off themselves, exhibiting themselves, gaining others’ praise for their prayers, and building up their good images in people’s hearts intentionally. They prayed not for establishing a proper relationship with God but for showing off to others. Besides, they never considered themselves sinful before God and even put others down to raise themselves up. Just as they prayed, “I am not as other men are, extortionists, unjust, adulterers, or even as this publican. I fast twice in the week, I give tithes of all that I possess.” Thus the Lord hated and condemned their prayers like this.

Let’s have another look at how the publican prayed to God. He said, “God be merciful to me a sinner.” From his prayers, it can be seen that although his prayer was short, he was truly honest and spoke his heart to God. He said what was on his mind rather than something to flaunt himself. Moreover, he was able to know his abject lowliness before the Lord, and to pray to Him in the position of a sinner. The publican worshiped God in spirit and in truth, and his mouth and heart were as one. He did not pray in a place where there were many people, nor did he pay attention to how others looked at him. Rather, he paid attention to how God looked upon him. His purpose of praying to God was to establish a proper relationship with Him instead of for others to see. Therefore, God accepted his prayer.

How Should We Pray to Obtain the Approval of the Lord?

The Lord Jesus said to us, “But you, when you pray, enter into your closet, and when you have shut your door, pray to your Father which is in secret; and your Father which sees in secret shall reward you openly. But when you pray, use not vain repetitions, as the heathen do: for they think that they shall be heard for their much speaking” (Matthew 6:6-7). “But the hour comes, and now is, when the true worshippers shall worship the Father in spirit and in truth: for the Father seeks such to worship him. God is a Spirit: and they that worship him must worship him in spirit and in truth” (John 4:23-24).

The words of the Lord Jesus and the comparison of the Pharisee’s prayer with that of the publican allow us to find a way to have a proper prayer and to understand the reason why our own prayers are not approved by God. If we want to be heard and guided by Him, we must remove vain prayers, the prayers of putting others down to raise ourselves up, the prayers of flaunting ourselves deliberately, the prayers of not knowing ourselves, the repetitious prayers like theories, half-hearted prayers, the prayers for show, the prayers that fills up with lies and exaggerated and empty words, etc. For example, we often say nice words of how much we have given and spent when praying in the meetings, so as to be regarded as good believers by people around us. This is a prayer of hypocrites. Many times we repeat the same words while praying to the Lord. In spite that we spend a long time on prayers, we might even forget what we have spoken to the Lord after prayers. This half-hearted prayer is called going through the motions. Many times we develop prejudices toward others, we kneel before the Lord not to seek His will or how to practice His teachings but to spill out our troubles, to complain about others’ injustice, and to say how we are tolerant and forbearing toward others. This type of prayer is putting others down to raise ourselves up. Many times we see the Lord’s grace toward us, we make a promise at will to satisfy Him; however, we still speak and act by our old self and our flesh when facing with issues. This is a prayer of deceiving God with lies and exaggerated and empty words. In our daily life, we often have such prayers that aren’t after God’s heart. As a result, He does not listen to our prayers. If we wish to be led by Him in our prayers, we must remove these prayers He detests. Only in this way will our relationship with Him become ever more normal.

According to the words of the Lord Jesus, we know that His requirement of our prayers is to speak our hearts to Him in spirit and in truth. He requires our honest heart instead of many words or nice words. Only such prayers can be approved by God. 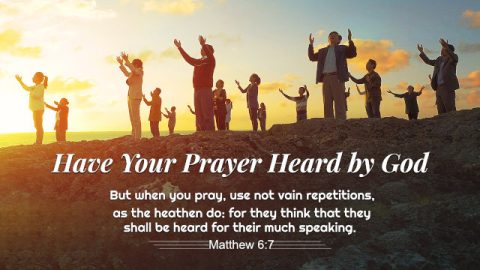 Have Your Prayer Heard by God. A Commentary on Matthew 6:7 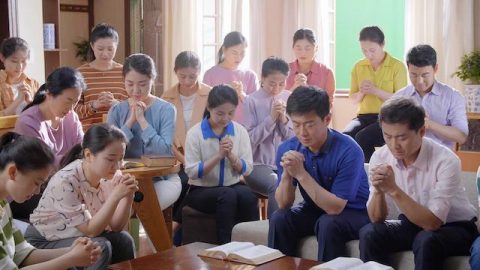 Why Do We Need to Pray? How Can We Enter Into True Prayer?

What Does It Really Mean to Pray Without Ceasing? Why Should We Do So?

Only Reasonable Prayers Can Be Heard by God

3 Keys for Getting the Answers to Your Prayers
Why Couldn’t I Receive God’s Answer to My Prayer? Here are three keys to answered prayer. As long as we put more effort into these aspects and pray according to them, we will surely receive God’s answer. 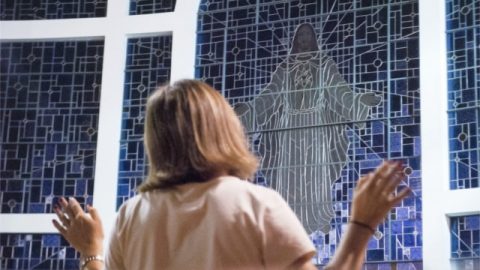 God Listens to Reasonable Prayers
Many brothers and sisters ask God to do things according to their intentions in prayer. This is unreasonable prayer. Then how can we pray to God reasonably to be after His heart? 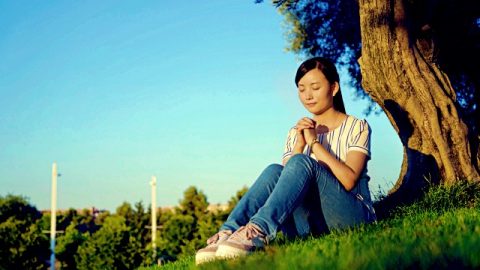 Why Should We Pray? Does God Answer Our Prayers?
Hello brothers and sisters of Grow in Christ, Good day! Not long ago my elder sister preached the gospel of the Lord Jesus to me. After joining the c… 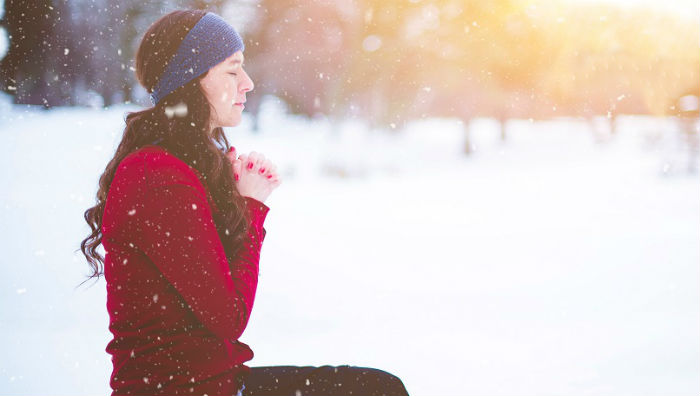 Learning How to Pray: The Secret to Effective Prayer
By Xiao Zheng It is known to each of us who believes in God that prayer is vital for our understanding the truth and practicing God’s requirements of…