The Flight to Egypt - Bible Story

The Flight to Egypt – Matthew 2 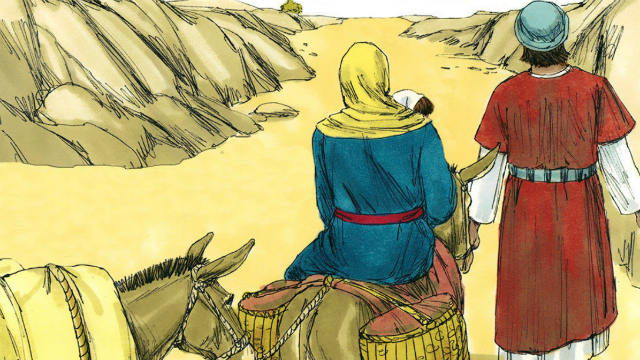 And when they were departed, behold, the angel of the Lord appears to Joseph in a dream, saying, Arise, and take the young child and his mother, and flee into Egypt, and be you there until I bring you word: for Herod will seek the young child to destroy him.

When he arose, he took the young child and his mother by night, and departed into Egypt:  And was there until the death of Herod: that it might be fulfilled which was spoken of the Lord by the prophet, saying, Out of Egypt have I called my son. 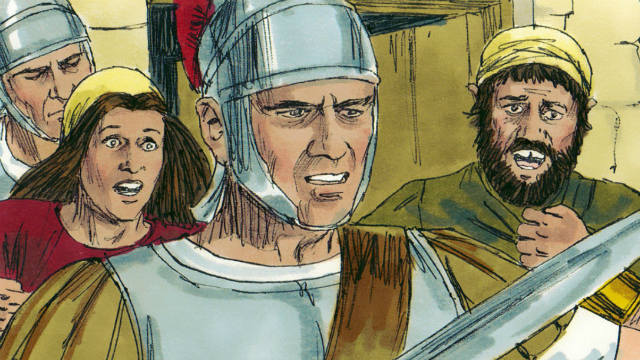 Then Herod, when he saw that he was mocked of the wise men, was exceeding wroth, and sent forth, and slew all the children that were in Bethlehem, and in all the coasts thereof, from two years old and under, according to the time which he had diligently inquired of the wise men. Then was fulfilled that which was spoken by Jeremy the prophet, saying,

In Rama was there a voice heard, lamentation, and weeping, and great mourning, Rachel weeping for her children, and would not be comforted, because they are not.

The Return to Nazareth

But when Herod was dead, behold, an angel of the Lord appears in a dream to Joseph in Egypt, Saying, Arise, and take the young child and his mother, and go into the land of Israel: for they are dead which sought the young child’s life.  And he arose, and took the young child and his mother, and came into the land of Israel.  But when he heard that Archelaus did reign in Judaea in the room of his father Herod, he was afraid to go thither: notwithstanding, being warned of God in a dream, he turned aside into the parts of Galilee:  And he came and dwelled in a city called Nazareth: that it might be fulfilled which was spoken by the prophets, He shall be called a Nazarene.

The Leper’s Prayer – Matthew 8 (Matthew 8:1-4) When he was come down from the mountain, great multitudes followed him. And, behold, there came a le…

The Mission of John the Baptist – Bible Story

Demons Cast into Pigs (Mark 5:1-20) 1And they came over to the other side of the sea, into the country of the Gadarenes. 2And when he was come out of…

Salt and Light – Matthew 5 (Matthew 5:13-16) You are the salt of the earth: but if the salt have lost his flavor, with which shall it be salted? it is…