Farewell, People-Pleaser! is the testimony of a Christian experiencing God’s judgment and chastisement. Due to her school education and the influence of society, the protagonist regarded ideas such as “Harmoniousness is a treasure, forbearance is a virtue,” “Keeping silent on the faults of good friends makes for a long and good friendship,” and “Though you see wrong, it’s best to say little” as her life maxims. After accepting God’s work of the last days, she continued interacting with her brothers and sisters based on these rules of survival. When she discovered false leaders in the church, she was afraid to expose and report them because she feared offending them, causing harm to the church’s work as a result. Through the judgments and revelations in God’s word, she realized that what she pursued were satanic life philosophies, and that living by these satanic philosophies, no matter how gentle or kind she appeared outwardly, she was still a selfish, despicable, slippery, and cunning people-pleaser. Then she prayed to God and repented. After that, when she performed the duty, she consciously practiced the truth and being an honest person.

In our groups, a variety of Christian movies and devotional song videos that you might be interested in are available to you. Want to get them?

2020 Christian Testimony Video | “Can the Bible Represent the Lord?”

Christian Testimony Video | "God's Words Made Me Know Myself"

Christian Testimony Video | "Living Before God"
In their faith, many people focus only on prayer, attending gatherings, and reading God's words. They fail to connect God's words with real life, ther…

Arrogance Goes Before a Fall
The main character in this video has profound personal experience of this verse in the Book of Proverbs: "Pride goes before destruction, and an haught…

Christian Testimony Video | "How One Should Regard One's Duty"
They say that "Those with brains rule over those with brawn," and trying to stand out and be looked up to is what most people seek. The main character… 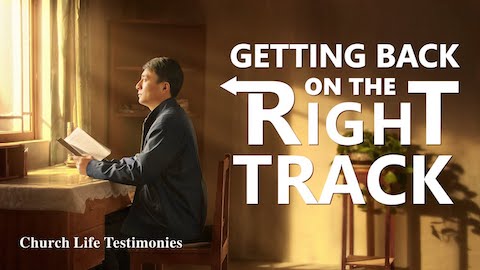 Christian Testimony Video | "Getting Back on the Right Track"
Chen Guang is a church leader. In order to win the approval and regard of his leaders, co-workers and brothers and sisters, he tirelessly devotes hims…