Christian Video “The Days of Noah Have Come”: Warnings of the Last Days

“Look back to the time of Noah’s ark: Mankind was deeply corrupt, had strayed from the blessing of God, was no longer cared for by God, and had lost the promises of God. They lived in darkness, without the light of God. Thus they became licentious by nature, abandoned themselves to hideous depravity. Such men could no longer receive the promise of God; they were unfit to witness the face of God, nor to hear the voice of God, for they had abandoned God, had cast aside all that He had bestowed upon them, and had forgotten the teachings of God. Their heart strayed farther and farther from God, and as it did, they became depraved beyond all reason and humanity, and became increasingly evil. Thus they came ever closer to death, and fell under the wrath and punishment of God. Only Noah worshiped God and shunned evil, and so he was able to hear the voice of God, and hear the instructions of God. He built the ark according to the instructions of God’s word, and assembled all manner of living creatures. And in this way, once everything had been prepared, God unleashed His destruction upon the world. Only Noah and the seven members of his family survived the destruction, for Noah worshiped Jehovah and shunned evil.”

Salvation in the Last Days

Almightiness of God’s Word - “During the Last Days, God Principally Uses the Word to Accomplish All”

Whom Do You Actually Believe in?

God Is Incarnated Just to Defeat Satan and Save All Mankind
I During this incarnation of God on earth, He does His work among man. All of this work has one purpose— to defeat the devil Satan. He will defeat Sat… 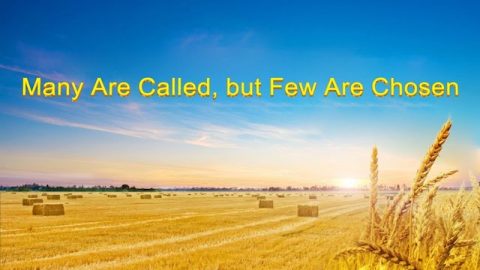 Many Are Called, but Few Are Chosen
I have sought many on earth to be My followers. Among them are those who serve as priests, those who lead, those who form the sons, those who constitu… 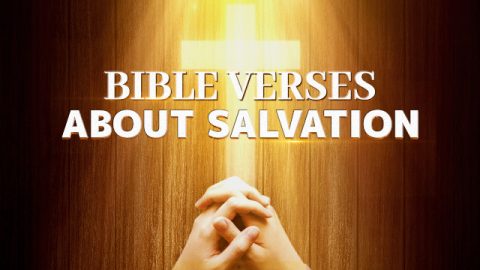 12 Bible Verses About Salvation - Meaning of Salvation
We are saved due to the Lord Jesus’ redemption. The Scripture records, “I am the door: by me if any man enter in, he shall be saved, and shall go in a…

Only God’s Love Is Real
Xiaodong    Sichuan Province God said, “The Chinese nation that has been corrupt for thousands of years persists to this day, with every kind of viru…