Her name is Chen Xi, and since she was little the education and influence of her parents and her schooling made her always want to stand out from the crowd and seek to be above others, so she was diligent in her studies and would spare no effort. After believing in God Chen Xi read a great deal of God’s words and came to understand some truths. She saw that the only correct path in life is to believe in and follow God and became an enthusiastic seeker, and was very proactive in performing her duty. Chen Xi went abroad in 2016 to escape the pursuit and persecution of the Chinese Communist government, and needed to use English when performing her duty of spreading the gospel and bearing witness to God’s work in the last days. She felt honored, and that she was a rare talent. Just as she was filled with confidence and was thinking of really making a place for herself in the church, she discovered that her brothers and sisters shared fellowship on God’s words with light and that they had a better grasp of English than her. She didn’t want to fall behind, so in order to surpass others and be looked up to and commended by them, she redoubled her learning efforts. A bit of time passed but she still didn’t match up to the others. Chen Xi could not accept this reality and she found herself living every day within the pain of struggling for her name and personal benefit. She no longer had the heart to pursue the truth or focus on entry into life, and she was particularly unable to perform her duty well. She fell into pessimism and disappointment…. It was then that she came in front of God in prayer and read His words—the judgment and chastisement of His words awakened her soul and allowed her to clearly see the essence of reputation and status as well as the consequences of her being bound and afflicted by these things. She came to understand the significance of performing her duty, the true value of life, and what kind of life is true happiness. From then on she began to have proper goals to pursue and no longer be subject to the strictures of face or status. She also began to focus on pursuing the truth and fulfilling the duty of a creature to repay God’s love …

Read more: How to Stop Comparisons? 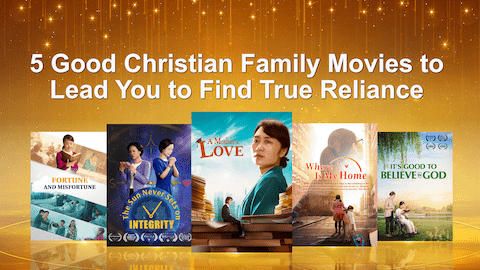 The Way of Human Conduct (Full Movie) - Why a Pleaser Isn't a Genuinely Good Man?

Best Full Christian Movie “The Price We Must Pay”: The True Story of a Christian

A Rebirth (Full Movie)
Movie Description: Her name is Zheng Lu, and since childhood, she has been especially proud. Because of her social environment and traditional educat…

The Heart's Deliverance (Full Movie) - God’s Words Made Me Overcome Jealousy
Movie Description: Zheng Xin is a new believer who accepted God's work in the last days recently. She frequently joins gatherings with her brothers a…

Christian Testimony Movie “The Sun Never Sets on Integrity”: Only the Honest Can Get Blessing of God
Wang Xinyu and her husband run a clothing shop, and though at first they try to operate their store with integrity and conscience, they don't earn muc…

2019 Christian Family Movie “A Mother’s Love”: A Heart-touching Christian Story
A Mother's Love is a Christian family movie that examines the subject of how to raise children. "Knowledge can change your fate" and "The son becomes…