Why Is God’s Work Beyond the Bible

I have believed in the Lord for many years, and have been earnestly longing for the Lord’s return. Not long ago, I saw on the Internet that The Church of Almighty God testified that the Lord Jesus has already returned to do the judgment work in the last days. I was shocked: The Lord has truly returned? This is a great event! Then I sought and studied the work of Almighty God in the last days. Through reading the expression of Almighty God, The Word Appears in the Flesh, I felt that the words inside are very practical and have authority and power, and that they cannot be said by ordinary people. Hence I was certain that this is God’s utterance and word. But what puzzled me is: Why do the work and word of Almighty God exceed the Bible? Why does God always do new work in each age? I hope for your answer. Thank you!

From The Word Appears in the Flesh expressed by Almighty God, you can be sure that this is God’s utterance and word. This is not a simple matter and just confirms the word of the Lord Jesus, “My sheep hear my voice.” Only the wise virgins can recognize God’s voice, and this truly is the grace of God. You have brought up: Why do the work and word of Almighty God exceed the Bible? Why does God always do new work in each age? These questions are very important and directly relate to whether or not we can follow the footsteps of the Lamb and welcome the Lord’s return. The truth that Almighty God has expressed can resolve all of our difficulties and puzzlement. Today, let’s seek and fellowship over these questions together. May God enlighten and lead us!

Almighty God says, “After that stage was complete, there is still the work of judgment and chastisement. This stage makes man pure through the word so as to give man a path to follow. This stage would not be fruitful or meaningful if it continued with the casting out of demons, for the sinful nature of man would not be cast away and man would only stop upon the forgiveness of sins. Through the sin offering, man has been forgiven his sins, for the work of the crucifixion has already come to an end and God has prevailed over Satan. But the corrupt disposition of man still remains within them and man can still sin and resist God; God has not gained mankind. That is why in this stage of work God uses the word to reveal the corrupt disposition of man and asks man to practice in accordance with the right path. This stage is more meaningful than the previous one and more fruitful as well, for now it is the word that directly supplies man’s life and enables the disposition of man to be completely renewed; it is a stage of work more thorough. Therefore, the incarnation in the last days has completed the significance of God’s incarnation and completely finished God’s management plan for the salvation of man.” God is faithful. Since God saves mankind, He will do it thoroughly, and He doesn’t give up His work halfway. So in order to save mankind completely, Almighty God incarnate of the last days expresses all the truth of cleansing and saving mankind. Based upon the foundation of the work of redemption of the Lord Jesus, Almighty God does the work of judgment beginning from the house of God to thoroughly resolve the satanic nature and disposition of man, making man break away from sin and be saved and gained by God. God’s work is done according to the need and deficiency of mankind and deepens and uplifts stage by stage. That God does new work beyond the Bible is to guide man to have a new knowledge of God. If God didn’t utter and speak, man would circumscribe God. If God didn’t do new work in the last days and if His work remained in the Age of Grace forever, man would never break away from sin or achieve dispositional change. And then God’s work would never be finished, human beings would never be divided according to their kinds and would never be saved thoroughly. Therefore, we should follow God wherever He does His work. Only in this way can we follow the footsteps of the Lamb.

In the end, let’s see a passage of God’s word: “The fact that I am explaining here is this: What God is and has is forever inexhaustible and limitless. God is the source of life and all things. God cannot be fathomed by any created being. Lastly, I must still remind everybody: Do not delimit God in books, words, or His past utterances again. There is only one word for the characteristic of God’s work—new. He does not like to take old paths or repeat His work, and moreover He does not want people to worship Him by delimiting Him within a certain scope. This is God’s disposition.” Only God is the source of life of all things and only He can supply everything we need constantly and unceasingly. Only when we come before God to read more God’s words and understand God’s work and will in His words can we welcome the Lord and be raised to God’s throne to have supper with the Lord. Sister, I don’t know if such fellowship could solve your puzzlement. If you have any difficulties, we can fellowship again and seek the truth to solve them. May God bless you!

Are There Any Errors in the Bible? 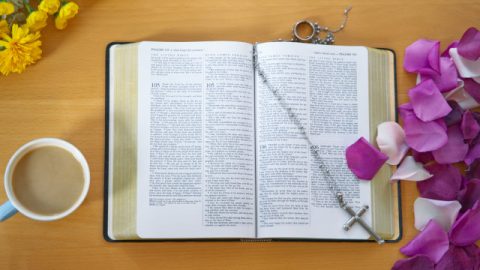 Are There Any Words of God Outside the Bible? 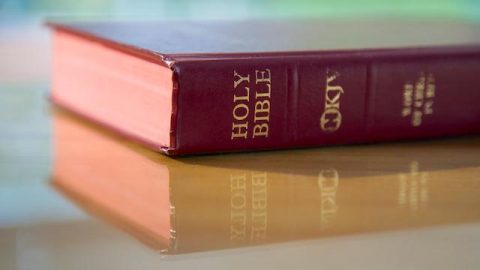 Is It Heresy to Depart From the Bible?

Why Do Almighty God’s Work and Word Exceed the Bible?

Is the Bible Really All Inspired by God?
By Siyuan The moonlight was hazy and the stars were shining faintly. Under the dark blue night sky, the grounds were perfectly still. The chirping of …

New Understanding of Prophecies of Jesus' Return - About the Words of God
by Yang Yang In spring daylight begins early. One morning, Li Yun saw the door of her daughter’s bedroom opposite was still closed after she got up. … 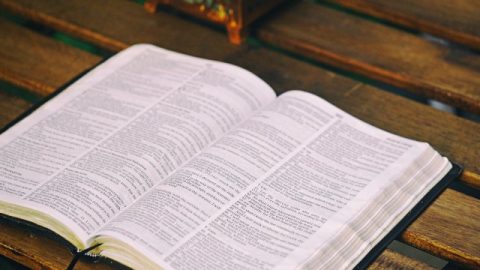 Is All of God’s Word Really in the Bible
By Siyu, China Han Zheng, sitting at her writing desk, was reading the word of the Lord Jesus softly, “My sheep hear my voice” (John 10:27). Then, she…