Recently, a problem has been bothering me. I have a five-year-old daughter, who becomes less and less obedient. Every time I called her to have meals or go to nursery school, she would dilly-dally until I shouted at her. As was often the case in everyday life, I had to keep urging her and even lose my temper before she would do as I said reluctantly. Gradually, I found that my daughter was unwilling to be close to me and that the relationship between us became worse and worse. I felt very upset about this. So I’d like to ask: What should I do to make my daughter obedient? How can I get along well with her? 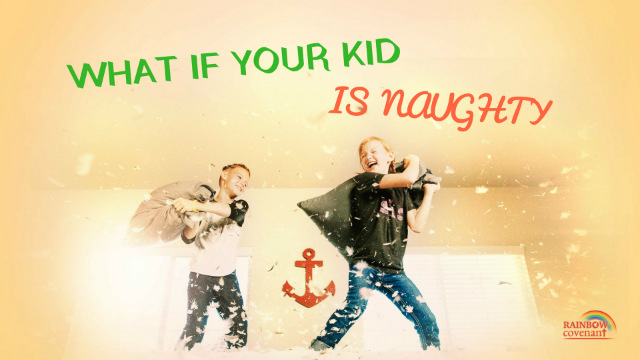 My son is also five years old and likes playing with toys very much. Every morning, upon getting up, he would play with his toys; when I called him to have meals, he always turned a deaf ear to me, and continued to play. Whenever seeing this, I would get angry. I thought: You are so young but so disobedient. Who knows how you would become when you grow up. As the saying goes, “Nothing can be accomplished without norms or standards.” I can’t allow you to do as you wish. I’m your mother, so you must obey me. At this thought, I said in a commanding tone, “When I count to three, you must come over here to have your meal. One … two … three …” If he still didn’t listen to me, I would lose my temper and shout at him, “If you don’t have your meal now, I’ll burn your toys.” Fearing that I would truly do so, he could only put his toys down reluctantly and obey my order. Seeing this method worked, I often treated him this way later. But gradually, I found that he became estranged from me and sometimes even hid from me. I felt rather distressed about this, thinking: Must I treat him in a commanding manner? Is there no other way? At that time, helpless and distressed, I could only pray to God and entrust my difficulty to Him.

Later, I saw God’s words saying, “When parents talk down to their child and say, ‘I’m your father (or mother)! You must do as I say!’ the child takes exception to this ‘must’; it’s definitely not an expression of normal humanity. … What causes what the unbelievers call the ‘generation gap’? Isn’t it that the older generation acts high and mighty, and the younger generation doesn’t like them doing so, which produces the estrangement, and leads to the generation gap—isn’t that how it comes about?” “Precisely because a parent always assumes their place as a parent and will not budge from it, keeping that status from which they will not come down, their child becomes at odds with them. A lot of things really result from the parent always assuming their place as such and taking themselves too seriously; they always see themselves as the parent, the elder: ‘Regardless of when, you won’t get escape from your mother’s (or father’s) control; you’ll still have to listen to me. You are my child. The fact of this doesn’t change, regardless of when.’ This viewpoint makes them miserable and wretched, and makes the child miserable and exhausted. Isn’t this the case?”

Only after reading God’s words did I understand this: The generation gap between children and us results from our always standing on high and having our children obey our orders without considering their own thoughts. We think that since we bring them up, they must listen to us at every turn; if they don’t, it’s natural for us to get angry with them and scold them. I thought of how I treated my son: I often assumed my place as a mother and forced my son to listen to me in a lecturing tone; if he didn’t, I would keep having tantrums until he obeyed me. Outwardly, he was obedient; but actually, he became more and more estranged from me and even was unwilling to speak to me. I thought: If this problem isn’t solved, I will only tire myself and give my son a hard time. So I prayed to God for the way to practice, “O God! I don’t want to treat my son based on my corrupt disposition. But I don’t know what to do. Please help me.”

Then I read God’s words that say, “How is the truth to be practiced in this case? (Letting go of your pride.) What does one let go of? … Just be an ordinary person: Treat your children, treat those in your own family the same as you would an ordinary brother or sister. Although you have a responsibility, a fleshly relationship, nevertheless the position and perspective you should have is the same as with friends or ordinary brothers and sisters. That is, you can’t control, you can’t restrain your children, and always try to keep in command and have complete control over them. Let them make mistakes, let them say the wrong things, let them do childish and immature things, do stupid things. No matter what happens, sit down and calmly talk with them, communicate and seek. Don’t you think this attitude is good? Isn’t it right? So, what is being let go here? (Position and pride.) It is the letting go of the position and status of a parent, the airs of a parent, and all of the responsibility one thinks they should assume, everything that one thinks they should be doing as a parent; instead, it’s enough that one does the best they can in terms of their responsibility as an ordinary brother or sister.”

From God’s words, I found the way to get along with my child in harmony. That is, I shouldn’t assume my place as a mother to order him, but instead should let go of the parental position and pride, learn to communicate with him, listen to his heart’s voice, consider his feelings, and respect his choices. Besides, everyone is not perfect and can make mistakes and I am not an exception. So how could I ask too much of him and even not allow him to make mistakes? At the thought of this, I realized that I had been treating my son based on my arrogant disposition, bringing much pressure and harm to him. I suddenly felt sorry to him, and then I made a resolution inwardly: I mustn’t treat him as before. From now on, I must treat him according to God’s words. 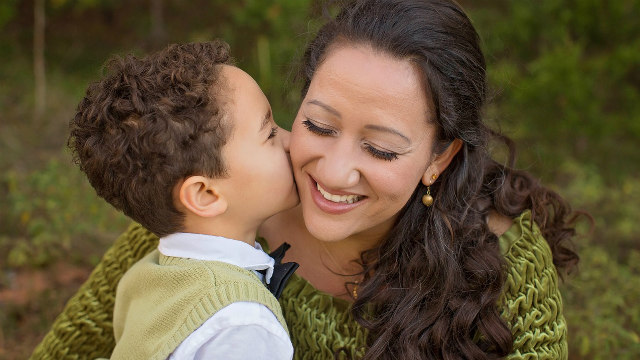 Once, it was nearly time for school but my son was still playing with his toys. So I urged him, “Hurry up! You’re gonna be late.” “Almost done,” he said. Hearing his words, I thought to myself: You’re gonna be late for school. How come you don’t feel anxious? Right when I was about to lose my temper with him, I suddenly thought of God’s words that I read before and realized that I should put aside my status of a mother and communicate with him calmly. But just when I was going to practice like this, I encountered a difficulty: Having been used to speaking to him from the status of a mother, I found it difficult to let go of my airs and my face to communicate with him and open my heart to him. I thought: What if he won’t take my words seriously in the future if I change my attitude? But if I still treat him as before, the relationship between us will never be improved. Then I prayed to God asking Him to give me more faith. After praying, I felt much calmer and had a will to practice the truth. Then I walked over to my son and said to him calmly, “Son, I can understand that you are obsessed with what you love and thus lose the track of time. But look at the time; if we don’t go to school now, we’re gonna be late. Let’s play with them after school, okay?” Right when I finished my words, my son smiled and happily said, “Okay, let’s go! Mommy, I like it when you confer with me this way. I love Mommy now.”

Later, I persisted in acting according to God’s words. Whenever my son said the wrong things or made mistakes, I no longer scolded him from the position of a mother as before, but communicated with him calmly. Gradually, as we had more and more heart-to-heart talks, I found that my son became more and more obedient and that the estrangement between us subsequently disappeared. Moreover, my son often told me what had happened at school, and we were just like good friends. I felt very relaxed and happy when I got along with him this way. From this, I truly experienced that God’s words are the principles of conducting ourselves in our life, and that only through acting in accordance with God’s words can we have peace and joy.

Sister Kexun, I’ve finished sharing my experience. I sincerely hope that it will bring you some help and that a friendship bridge will soon be built between you and your child. I believe as long as we act according to God’s words, He will lead us to build a more harmonious relationship with our children.

A Christian mother found a correct educational way from God’s words. She not only became a friend of her daughter, but brought her before God.

Give Daughter Happy Childhood With the Right Education Method

I wish my daughter would be successful with strict discipline, but she became withdrawn and rebellious. After I found the right education method, my daughter and I becomes closer.

My Child Had Bad Grades, What Should I Do?

I tried my best to improve my daughter’s bad grades, but to no avail. What should I do next?