Wearing the Pants Is No Longer My Responsibility

I was arrogant and thought highly of myself from childhood. After marriage, as my husband was not very talkative, and my parents-in-law were humble, everything in the house, great and small, was arranged by me. Thus I established myself as the absolute authority of the family.

My Bossy Way of Housekeeping 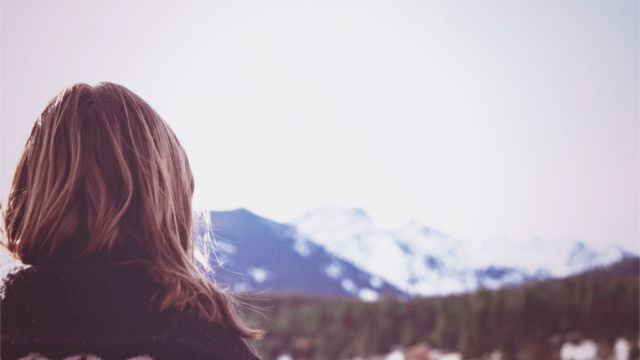 In a blink of an eye, several years passed, and my two sons gradually grew up. After graduating from middle school, my elder son wanted to go to senior high school. When knowing that, I immediately said to him: “It isn’t suitable for you as you go overboard on some subjects; if you get into a technical school and learn some skill, it’ll be no problem to find a job.” When I saw my husband was in my son’s corner, I complained at his short-sightedness: “If our son fails the college entrance examination, our money will be wasted. It is enough that he can learn a skill and support himself.” Moreover, I even told my son bossily: “I’ve crossed more bridges than you have done miles of walking, so, just listen to me and you’ll be fine. I have decided to send you to the technical school. That’s final!” Seeing my persistent attitude, my son left in a huff, and my husband, looking at my son, shook his head resignedly.

Later, on the matter of building the house, there was a difference of opinion between my husband and me. He thought the western-style house was new-fashioned, while I felt the Chinese house was practical. At last, the house was built according to my thought, after which my husband was very angry and grumbled at me: “Everything revolves around you. Our sons and I don’t have any say on any matter.”

Soon my elder son was old enough to get married. After many inquiries, I felt satisfied with a girl who was my neighbor’s relative; then I asked my son to date the girl and exhorted him to call her frequently. But later I was told that he didn’t contact her at all. Knowing this, I immediately phoned him and gave him a scolding. Several months later, my elder son brought back a girl who looked pretty, but she had a poor physique, not like one who could manage the household ably. So I told my son unhappily: “She isn’t the right girl for you. If you want to marry her, I won’t pay attention to you.” Soon, my son broke up with that girl.

I Understood My Arrogant Nature After Believing in God

After I believed in God, I saw God’s words say: “If you regard others as less than you then you are self-righteous, self-conceited and are of benefit to no one.” From God’s words, I came to understand: After being corrupted by Satan, we men are arrogant and haughty by nature; we like to hold a high position and make others listen to us. In retrospect, I realized that I had been behaving just like that. I wanted to seek a change in my arrogant disposition, yet in real life, I was involuntarily dominated by the arrogant nature.

Later, my elder son had a few girlfriends but they all ended up in breakup due to me. From his eyes, I could see that he had some complaints about me. Feeling that there was something wrong, I wanted to talk with him by phone, but I was unwilling to listen to his cold voice; I wanted to complain to my husband but I was unwilling to see his querulous eyes or hear his blaming voice. I was subject to a lot of refinement on this and shed tears in secret. In pain, I came before God and opened my heart to Him, hoping that He could guide me to change my arrogant disposition.

After prayer, I thought of God’s words: “Man should not magnify himself, nor exalt himself. He should worship and exalt God.” I realized that the reason why I always desired to hold power at home was that the satanic poison of arrogance and self-righteousness had become my life rule. Especially on the matter of my son’s marriage, I didn’t consider his idea but thought that I observed matters better than him, and that if he couldn’t find a good wife, he wouldn’t live a good life. When he didn’t listen to me, I would teach him standing as a parent. My arrogant disposition hurt him, resulting in our relationship becoming estranged.

The Bible records: “I will ascend above the heights of the clouds; I will be like the most High” (Isaiah 14:14). From Satan’s words, I saw that the nature of the archangel is arrogance. It attempted to stand in God’s place and rule over mankind; in the end, it was cast into midair by God. As for me, if I didn’t change my self-conceited disposition of archangel, the consequences would be dangerous. Therefore, I made up my mind to practice betraying myself, and to no longer be a master of all things at home.

My Changes After I Believed in God

Then I actively called my elder son and said: “In the past, I was too pushy on the matter of your marriage and always asked you to act according to my own mind, which hurt your feelings; I promise I won’t act in that way anymore, and you can choose the girl you like.” Hearing that, my son was very surprised, saying, “Does the sun rise in the west today?” Afterward, I tried to let go of myself and no longer spoke to my husband and sons in a commanding tone; when encountering matters, I could also consult with them.

One day, my elder son called me and said that he had resigned to open his own shop and wanted me to transfer 50,000 yuan into his bank account. Hearing that, I was burning with anger in my heart: He is too hasty that he should have resigned his work without my permission; he even wants to open a shop and asks me to give him 50,000 yuan. I was so angry that I gave him a lecture, and finally, our conversation ended in disagreement.

After putting down the phone, 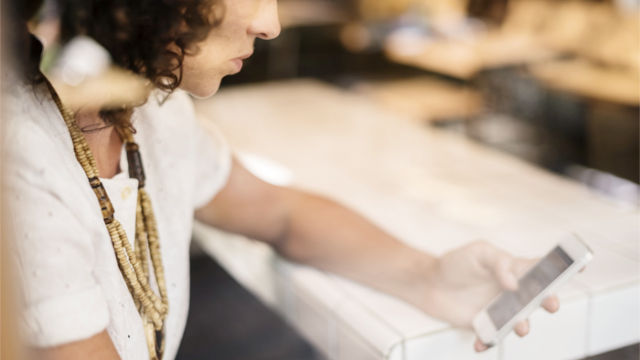 I realized that my arrogant disposition was coming out again. Then I prayed to God silently and saw God’s words say: “You should not take a lecturing tone with them, which is fundamentally the wrong position to have.” “you can’t … always try to keep in command and have complete control over them. Let them make mistakes, let them say the wrong things, let them do childish and immature things, do stupid things. No matter what happens, sit down and calmly talk with them, communicate and seek. Don’t you think this attitude is good? Isn’t it right? So, what is being let go here? … It is the letting go of … the airs of a parent, and all of the responsibility one thinks they should assume, everything that one thinks they should be doing as a parent; instead, it’s enough that one does the best they can in terms of their responsibility as an ordinary brother or sister.” Thank God for allowing me to know my arrogant disposition and showing me the way of practice. I should let go of my airs of a parent, stand in the right position, calmly talk with my son, and help him in a right way if he did something wrong. Having understood God’s will, I patiently communicated with my son: “Sweetheart, whatever you do, don’t be reckless or hasty. We should consider the matter thoroughly before deciding….” After the conversation, he admitted that he was wrong. In the following day, after discussion with my husband, I transferred the money to my son’s account; my husband gazed at me with approval, and my son also said that I had changed a lot. I knew that this all is God’s guidance.

A few days later, my husband went out to work. Before he left, I advised him to have some money. But out of my expectation, he said he could use his private savings. Hearing that, I felt a little displeased: I’ve never expected that you actually hide money from me; doesn’t it mean that you don’t think anything of me? As I was about to get angry, I changed my mind and thought that it was God’s work coming upon me. I thought of God’s words: “Everything that happens to people is when God needs them to stand firm in their testimony to Him. Nothing major has happened to you at the moment, and you do not bear great testimony, but every detail of your daily life relates to the testimony to God. If you can win the admiration of your brothers and sisters, your family members…, then you will have borne testimony.” With the guidance of God’s words, I came to understand that my encountering this matter was God testing me. I was so arrogant that I always wanted to have a place in others’ hearts and hold power at home, which is the reason that my husband has his private savings. After understanding God’s will, I just laughed it away.

From then on, we began to exercise democracy at home, discussing whatever happens together, adopting the advice of whomever speaks reasonably, and allowing ourselves to be governed by the truth instead of me. When I try to let go of myself, my relationships with my husband and sons are getting closer and closer, and there is more laughter in my family. All the glory be to Almighty God!

Truth is the Best Cure for Barriers Between People

Who Can Settle Family Disputes?

God's Word Is a Lamp to My Feet: The Guide of My Life 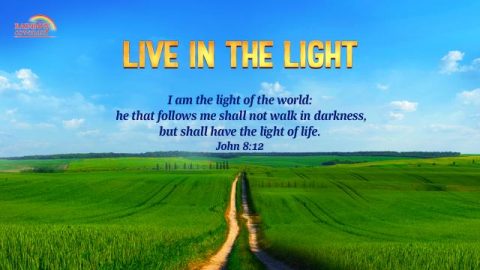 John 8:12 - God Is the Light of Life
Today's Bible verse is John 8:12: God is the truth, the way, and the life. As long as we listen to and act according to His words, we can walk in the light and gain His guidance and blessings, and also obtain life. 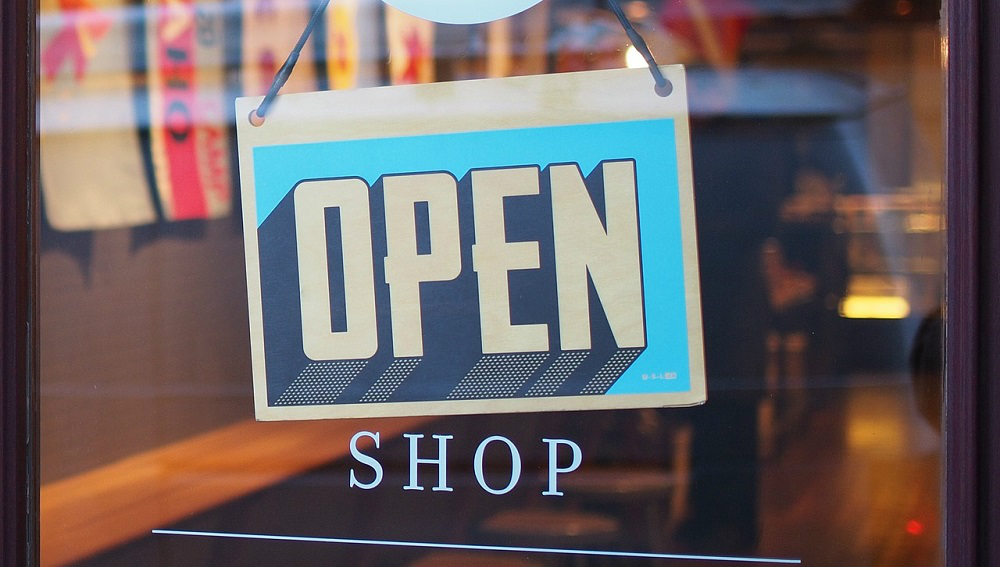 The Different Pursuit Makes Everything Better
Xinyu Xiaojuan is a waitress in a restaurant. Since the restaurant does a brisk trade and is full of guests, she is busy every day and she is often so…

Christian Testimony Movie “The Sun Never Sets on Integrity”: Only the Honest Can Get Blessing of God
Wang Xinyu and her husband run a clothing shop, and though at first they try to operate their store with integrity and conscience, they don't earn muc…

The “Subway” Is Heading Toward Spring
From now on, I will consistently practice God’s words. I believe that God will guide me to see more of His wonderful deeds and to know His faithfulness and loveliness.